« Offshore leaks» or the end of bank confidentiality ?

First, the clients. Newspapers speak only about private individuals, about political exposed personalities, business, of art, etc. Why do they speak only about them ? They know very well that the legal entities, the multinational firms, use offshore societies in great numbers. Enron had hundreds of it, for example. Therefore why focusing only on private clients ? Is it easier ? Or because it sells better for these newspapers ?

Then, the lawyers, tax specialists, trustees and the bankers … always the bankers. By helping their clients to use offshore structures, they became the target of this type of campaign and their reputation is being dirtied.

Governments, tax authorities, finally, are especially embarrassed. They have to explain to the taxpayer citizens why some journalists are stronger in research against fraud than the civil servants themselves. And they claim data and documents from the journalists to be able to initiate procedures. These same investigators will not expose their sources, of course. What a shame !

Offshore is not equal to tax fraud

But attention, offshore is not equal to tax fraud. There are many of reasons to use the offshore companies in total legitimacy and legality. For example, for the protection of the private sphere or of the wealth, for planning of succession, for speed, to deposit assets in a relatively sure and neutral environment, to have a legal entity with limited liability without having to pay a capital-equity, etc.

There is also a grey area, for instance offshore established companies to avoid some restrictions, regulations, etc. as many administrators of funds organize it. Of course, there are frauds done through the offshores, but they are not directly linked to the fact they are offshores. The issue is rather what the shareholders do at home, onshore, by not including these societies in their tax statements for example.

What I disgagree with in this « offshore leaks » is that we get a emotional “populist” justice s applied by a certain  press. You have an  “offshore company”? Ah, here you are an impostor and we put your photo on the 1 st page of our newspaper (or page 3 if you are rather a small player). This public sentence by the press is wrong and dangerous. As I already mentioned, offshore do not mean fraud. We live in countries based on laws  where the presumption of innocence is a right. And especially in an independent justice, with conclusive evidences and following procedures and laws which have been at the root of our democratic societies for centuries.

The waking rang for our authorities

Our governments, politicians and authorities have to wake up. They have to confront tax fraud at the same time, as the citizens claim it, but also to preserve the State of right. It is to the governemnent to preserve its monopoly. Otherwise, it is the justice of the street, every man for himself, and it is civil war. For the taxation also, the State must preserve at all costs its tax monopoly. In order to do that, a system of (more or less) fair and relatively simple taxation is needed in parallel with efficient means of control to struggle against abuse and fraud.

What authorities are going to have to change

In Europe, it is the file of the Directive on the taxation of savings that is going to get a boost. Luxembourg and Austria already changed and will execute the automatic exchange of information. Then, it would be the turn of Switzerland, of course. And the field of application of  the Directive will be enlarged by including dividends, earnings in capital and other possible incomes. Companies, offshore or onshore, will not be a shield anymore. Authorities are going to look though it to the point of identifying the ultimate beneficiaries.

Singapore, to maintain its position of important financial place in Asia, is going also to take measures. The country is going to enter into more international agreements and Monetary Authority of Singapore (MAS) will put pressures on the financial institutions so that they will not accept any more non-declared funds, at least from the western part. The Singaporean government would not hesitate to sacrifice, if necessary, the European customers to preserve the Asiatic market.

In the United States there is no need to big changes there. FATCA is underway and information regarding the American taxpayers are going to be exchanged in an automatic way, anyway by the foreign banks … American banks, it is quite another story. I cannot pronounce myself and estimate when they will be subjected to equivalent rules. 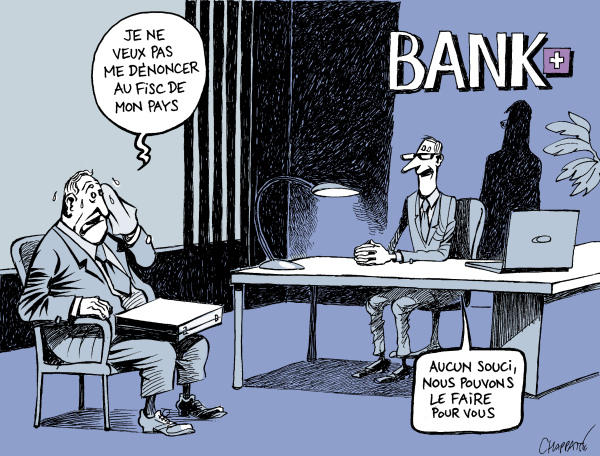 What will change for the clients and their advisers

For the clients, physical or moral persons, and their advisers and bankers, many things will also change. The offshore societies are under suspicion from now on and should be avoided, at least outside the anglo-saxon sphere.  Use of trusts has boomed, but as an English creation they work much better in common-law jurisdictions, such as Jersey and Singapore, than in Old European civil-law system. If not for reasons of tax compliance, it will be to remain politically correct and to avoid taking reputation risks reputation.

Countries with an attractive tax system, as Ireland, Benelux and Switzerland, in my opinion, are going to win in attraction there. And I believe clients can go to Switzerland for the franc, and the EEA is not the most alluring of clubs (Norway and Iceland are the only other members) profiting of its legal and political stable system as well as for its art of living. The Swiss authorities must defend and promote that.

End of the times when it was possible to play on confidentiality to hide money or businesses. From now on, we must play game according to the rules. Yes, it is always possible to make tax optimisation, but it implicates to have some presence – and therefore real activity – in countries with favorable taxes where incomes and benefits are declared. Moreover rules must be strictly obeserved. Besides, reporting requirements will be stronger and tighter, in my opinion. We will also have to take into account moral aspects and public opinion.

My job as private banker and as well as swiss investment specialist does not become easier, however more interesting with new challenges to be raised!

My advice right now : Your only chance to protect your wealth is to start diversifying its exposure to any one particular predatory state as soon as possible. I have to stress again the urgency of diversifying the political risk your assets are exposed to: do it now. 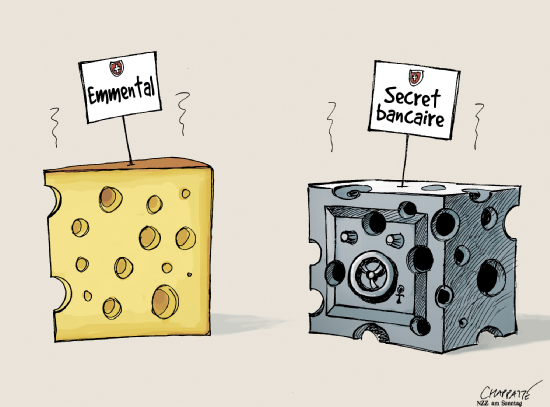