Financial markets went on a roller-coaster ride after Putin’s aggression on Ukraine as traders monitored the latest happenings in Ukraine, where Russia used air, land and naval forces for an invasion that shocked the world.

along with the uncertainties that currently inhabit the market. Whatever the near term developments, it should not prevent the temporary disaffection for risky assets.

This week, it has moved with each new developments regarding Russian soldiers at the Ukrainian border. After the pandemic pseudo-experts, we are seeing the emergence of Russian-Ukrainian geopolitical pseudo-experts.

On Thursday session the Nasdaq Composite even briefly went into a bear market -20%, before turning a 3.5% intraday loss into a gain of 3.3% while on Friday WTI crude oil surged to more than $100 a barrel for the first time since 2014, before dropping back to trade near the $90 level. 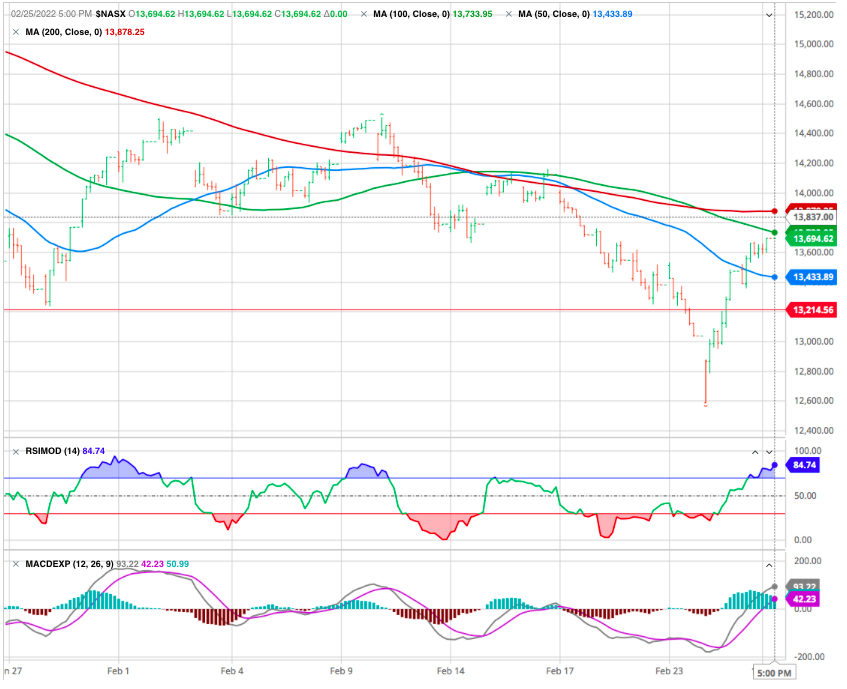 We remain cautious about the consequences that a conflict in this part of the world could have. As for good earnings releases, they are often shunned by traders who refocus on the macro-economy, especially since inflation is still very much with us. Pessimism is gaining ground and markets are naturally correcting.

Do we see a legitimate correction or a real a bear market ? We estimates that we are in a bear market but the present conflict situation and its impacts on the global economy and policy shifts in the US may disturb the consequences for a while. Could the shock and uncertainty of a war in Europe discourage the Federal Reserve from being aggressive about hiking interest rates, which had been weighing on stocks before Russia’s invasion ?

Meantime Western sanctions have sent the ruble into a nosedive, with the currency tumbling 30% overnight to an all-time low versus the dollar. In response, Russia’s central bank more than doubled its key interest rate to 20%, freed local bank reserves to boost liquidity and ordered exporters to sell 80% of their hard currency revenues.

U.S. Markets Could Head Even Lower

Although the U.S. is well insulated from the conflict in Europe, the incursion in Ukraine will probably have lasting, widespread repercussions for the global economy. Moreover, the U.S. has a severe inflation problem, and the March Fed meeting is approaching.

Head & shoulder patterns are overused in technical analysis. Nevertheless it can give directional direction especially in uncertain times. For the SPX we clearly had a break of the neckline pointing to a target of 3820. 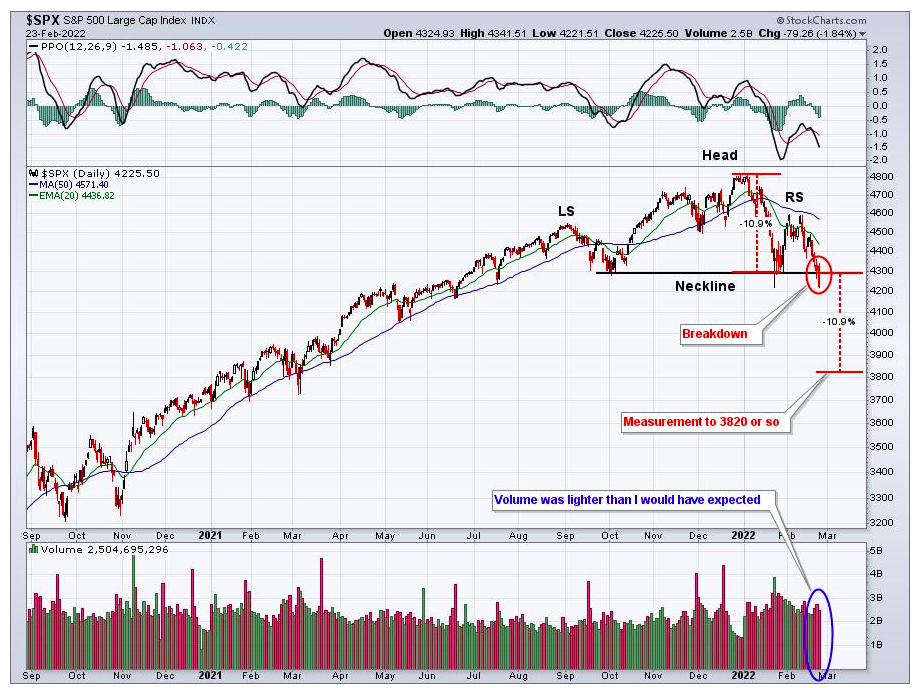 We can also look at the Swiss Market Index where the support seems to hold at the 23.6% correction then moving up to the 200 DMA line (blue and the downtrend line. Ultimately, we still have a l.t. target down to the support at a 50 % correction of the latest uptrend starting April 2020. 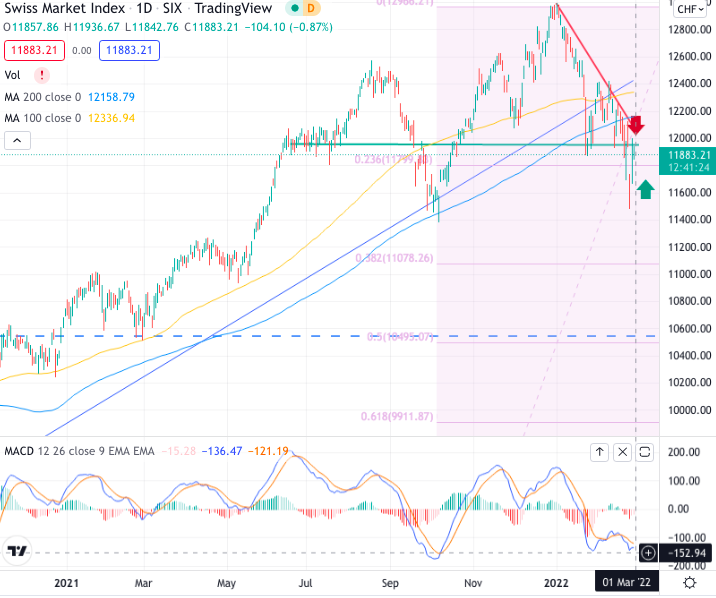 Oil markets remain tense and particularly sensitive to the Ukrainian risk, with Washington and Moscow sending mixed signals. However, prices have fallen back slightly this week and this is enough to end their eight-week run of consecutive increases.

Like oil, geopolitical tensions are also impacting industrial and precious metals. Gold is thus back in the spotlight and taking advantage of its safe haven status. The price of the barbarian relic has indeed jumped to briefly reach 1900 USD.

Why Gold is Much Better than Bitcoin

Bitcoin and its peers are testing the nerves of crypto-investors. While the price of the crypto-currency seemed to resume the bullish path in recent days, in the last 48 hours, the market leader has shed almost 10% of its valuation and thus returns below $40,000 threshold. With a tense geopolitical situation, investors’ appetite for risky assets may be put on hold for a while.

Anecdoctical : the new mayor of New York City could have been in a world of pain, and a lot poorer. Mayor Adams announced he would take his first three paychecks in Bitcoin last November (which, of course, was just before Bitcoin reached a record $69,000).
It illustrates Bitcoin (BTC) failure to become the currency test, at least on two accounts: a stable store of value, and a unit of account. Furthermore BTC is, at best, a very ineffient medium of exchange, and we’re not even so sure about that.
Adams officially received his first paycheck on Jan 21, which was converted to Bitcoin and Ethereum through cryptocurrency exchange Coinbase. According to the New York Post, the NYC mayor receives biweekly paychecks of about $5,900, amounting to a salary of $258,750 a year.
Note that Major Adams salary is denoted $258,750 per year and then converted to crypto and not the 3.77 BTC that would have been the case at the exchange rate when he made the announcement.  Lucky for him.

Fed Tightening Into A Slowdown Is A Certified Train Wreck

There is also a heavy roster of FOMC speakers and Fed Chairman Jerome Powell will be giving testimony on Capitol Hill. The central bank is facing the challenge of combatting inflation without prompting too big of a hit to economic growth.

Before Ukraine grabbed financial media headlines and market attention, Fedspeak was the primary market-mover. Investors narrowed in on every word from every Fed president, sparking rate hike panic and expectations for a year-long tightening cycle
The Fed Fund Futures market STILL has the Fed raising rates at least six times through 2022.
Our call?
We do not think the Fed will get 2 hikes in. You do not raise interest rates into a slowing and hectic environment or you will blow up asset prices.

As pointed by Lance Roberts : there is not a lot of correlation between the Fed’s monetary policies and geopolitical events. There is a higher correlation between the Fed’s monetary policy changes and related financial events, crises, and bear markets. If we overlay those events on the same chart, we see that those events are tied more closely to rising interest rates and the removal of monetary accommodation. 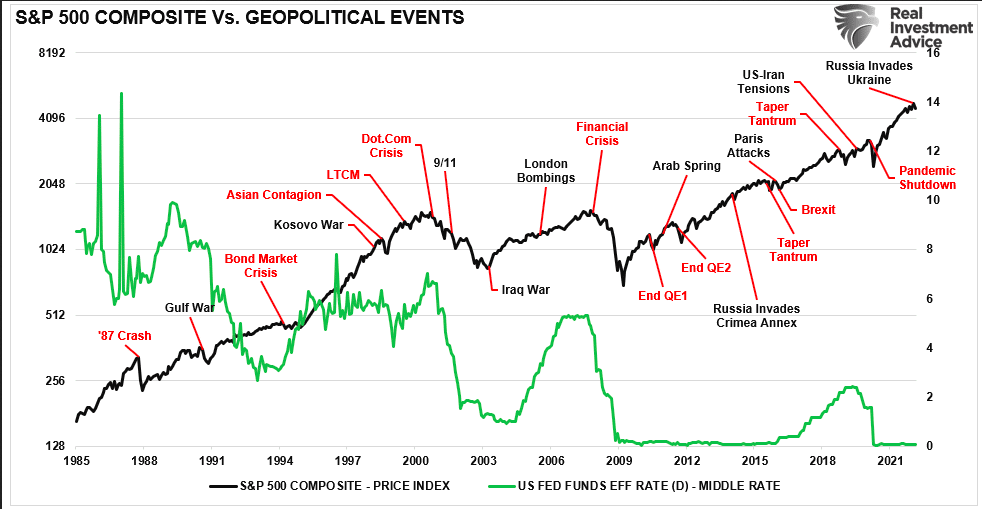 Moreover as Goldman Sachs noted last Thursday:
“Historically, Fed officials have sometimes preferred to delay major policy decisions until uncertainty surrounding geopolitical risks diminished. In some cases, such as after September 11, or during the US-China trade war, the FOMC has cut the funds rate.”

We can add Ambrose Evans-Pritchard of the UK’s Daily Telegraph who hit the nail on the head last week. In an article entitled “Risk of US recession may soon kill off global inflation”, Ambrose makes a strong case that market sentiment could be transformed in the near term. He quotes one of the doyens of the US economic cycle, Lakshman Achuthan, head of the Economic Cycle Research Institute (ECRI) : “The Federal Reserve is tightening into a cyclical slowdown and the risks are rising. Either the Fed will blink and give up on rate hikes or it will forge ahead until something breaks, meaning a stock market crash, or a recession, or both.”

To be sure, the recent surge in commodity prices may be sufficient in itself to tip the global economy into recession and hence may prove to be more deflationary than inflationary – much to the surprise of most commentators. The markets may be sensing this. 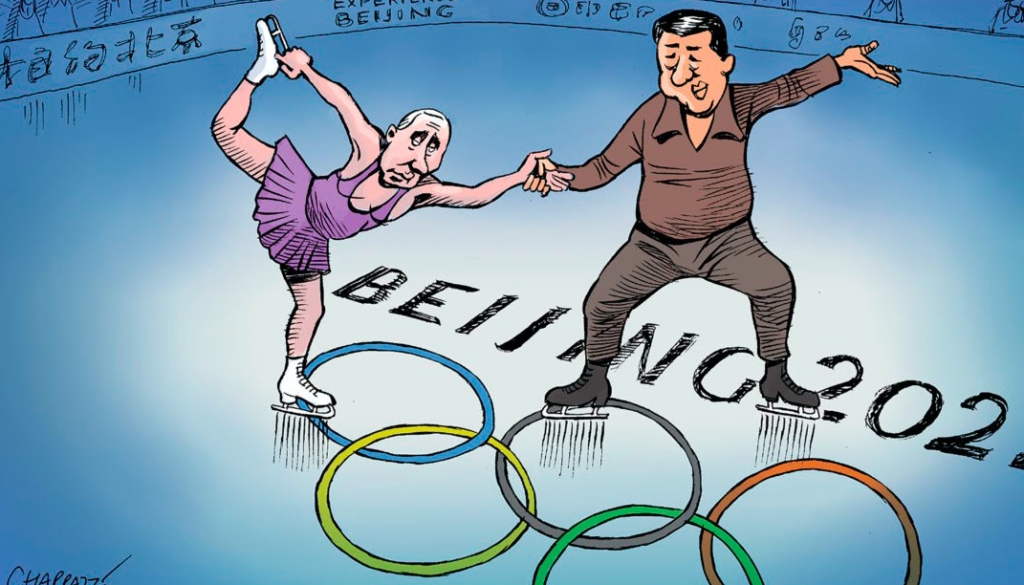