The Russia-Ukraine Confrontation : No Change for our strategy

With the invasion offensive, Russia went into war against  Ukraine shaking the world but also the financial markets. Risky financial assets fell, especially in Europe and Asia, while safe assets rose. 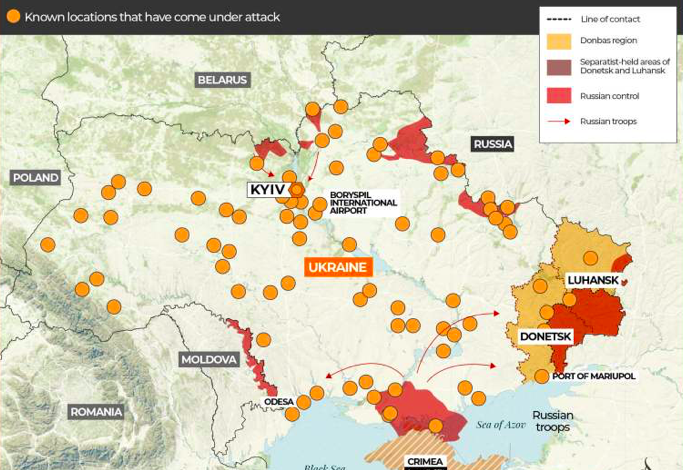 Asian stock markets lost 2 to 3%, while Europe closed down nearly 4%. In contrast, U.S. stock markets were not impressed and actually rose. Crude oil and natural gas prices also rose. A barrel of North Sea Brent crude oil cost well over US$100 at times, but was back to just below US$100 by evening. Gold, the precious metal, suffered a similar fate. The ounce sometimes exceeded 1970 US dollars, but was trading back at 1900 US dollars by the end of the day. Bonds, on the other hand, were in high demand – interest rates fell sharply around the world. 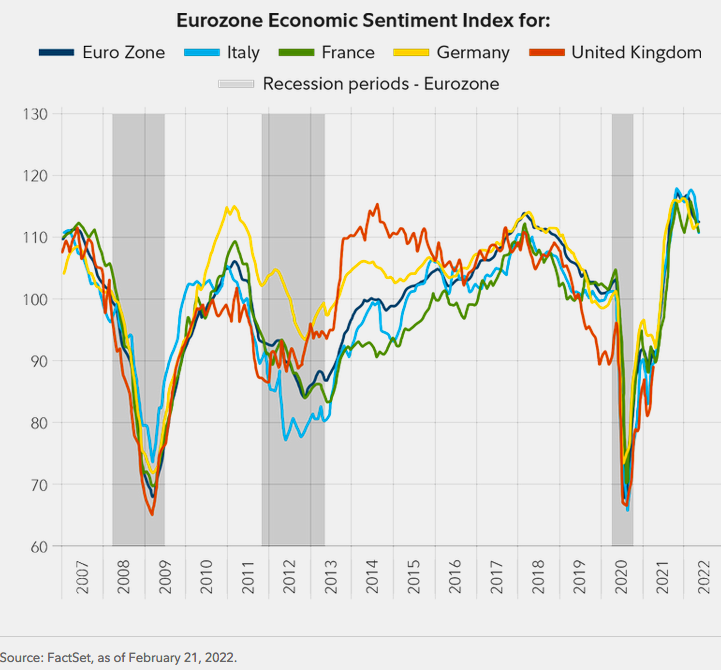 However, Russian financial investments were the most affected by the escalation. Russian stocks lost more than 30% and Russian bonds denominated in US dollars fell by about 40%.

The Russian financial market thus reflects the view that the economic consequences of the escalation will be more severe for Russia than for the world economy. This is not unfounded. Nearly half of Russian exports go to the EU, while the EU does only 5% of its merchandise trade with Russia. On the other hand, rising oil prices could prove to be more problematic for the global economy. If oil prices remain persistently high, inflation rates are likely to remain high. This would increase the risk of central banks and financial markets being thrown into turmoil. While this scenario has not yet materialized, its probability has increased.

No change in our tactical position

Although we can expect the financial markets to remain nervous in the coming days, it is still extremely difficult to predict how the war will develop. However, the economic impact on the global economy is expected to remain low for the time being and leading indicators remain above average. It has put Europe back in the spotlight. But economic sentiment still appears relatively strong in the eurozone.

It is therefore not advisable to sell equities in the midst of the crisis at this time- we warned it in our reports before as the markets turned lower with a possible bear market developing HERE .

In the current nervous environment, we are therefore maintaining our strategy and are not making any tactical changes. Our portfolios are diversified and contain, in addition to equity investments, positions in gold and bonds as a hedge.