Market Comments as of November 10 : 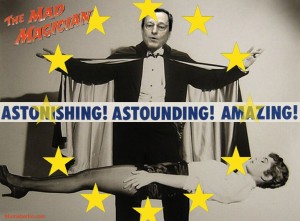 The European Central Bank (ECB) cut rates sooner than expected, dropping its target rate from 0.5% to 0.25%. Perhaps more importantly, it strengthened its forward guidance on interest rates (no hike before the second quarter of 2015) and commitment to ample bank liquidity provisions.

At the press conference, ECB President, Mario Draghi, warned of the risk of prolonged low inflation (Euro Zone inflation fell to 0.7% y/y in October) and reiterated a pledge to keep rates low for an extended period of time to counter deflation risks. It was clear that growth is not there, deflation is a real risk, and – most importantly – there will be no LTRO anytime soon, market reversed and did not look back. It seems, as JPM warns, an LTRO is no longer likely early next year, and the market appears to be disappointed by that. Of course a few more down 2% days (4% drop from highs) and we are sure Draghi will find a way to unleash more… 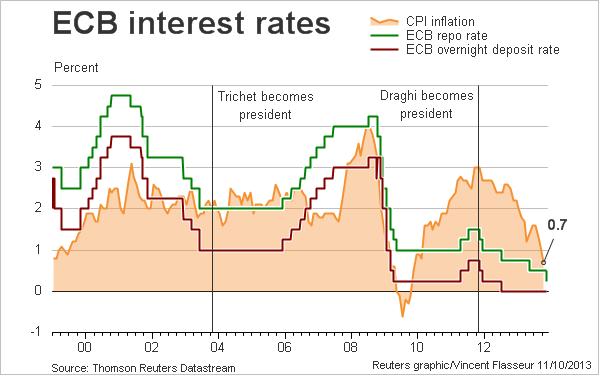 Two new Fed papers presented at the International Monetary Fund (IMF) argue for prompt lobbying for continued aggressive monetary policy. They also point to more emphasis on forward guidance. he assumption is that these papers would not have been released if Janet Yellen intended to push policy in a different direction . . . and they reinforce the message of papers released at Jackson Hole this summer, suggesting that QE wasn’t acting as effective economic stimulus.

As Peter Schiff pointed out  : “We should not be asking when Ms. Yellen will begin withdrawing stimulus and shrinking the Fed’s balance sheet. Instead we should be asking how the markets will react when she runs out of excuses for delaying the taper, or ultimately decides to expand QE rather than contract it.” 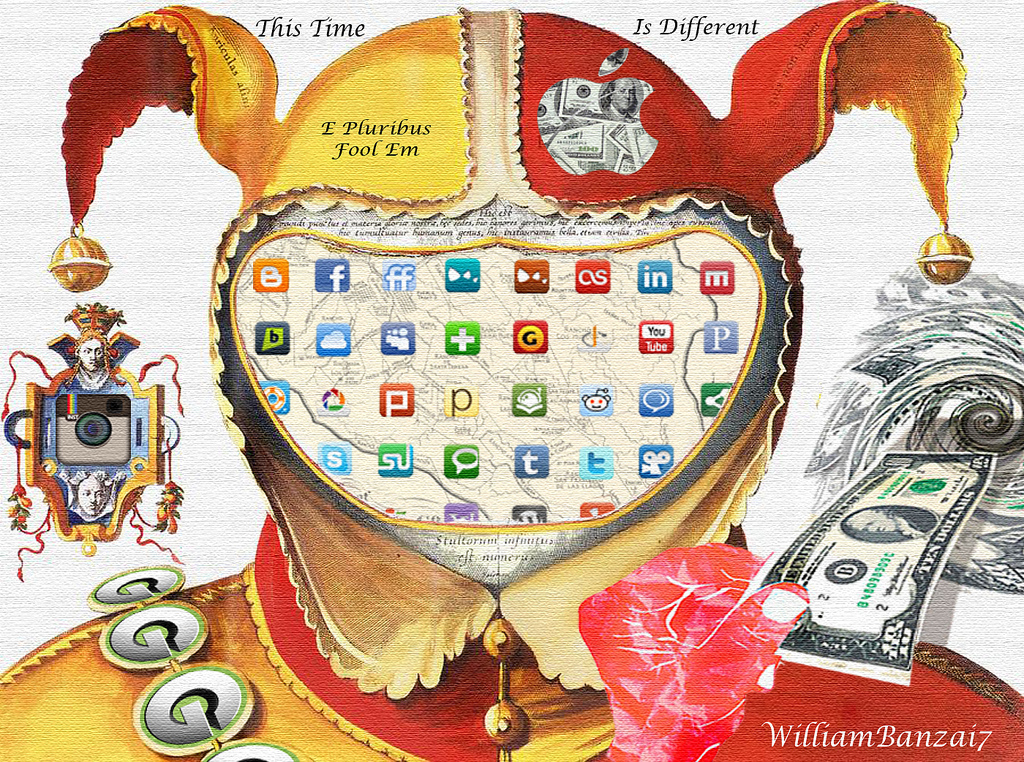 Equities: Stocks were mixed on a muddle of confusing and perhaps unreliable economic data. The S&P 500 Index was volatile, but managed to end the week up 0.6%. Roughly 90% of S&P 500 companies have reported earnings. There were few upside revenue surprises outside the energy patch. Cost control still drives margins. The MSCI Europe Index was roughly flat; MSCI Japan was down roughly 0.6%. MSCI Emerging Markets (EM) was down about 2% (as in the May “taper panic”, EM currencies and stocks have been hit hardest as markets rethink likely Fed policy).

Bonds: Benchmark government bond yields rose after a better than expected US employment print fueled speculation that the Fed could begin tapering sooner than has been expected—January or perhaps even December, rather than March. Foreign sovereign bond markets were generally quiet.

The reaction to the non-farm payrolls report in the US Treasury complex has the bond bears out en masse at the end. A 10-12bps jerk higher in yield is nothing to sneeze at and certainly flushed more than a few uncomfortable longs out – but BofAML’s MacNeil Curry warns “treasury bears beware.” The completing 5 wave advance and confluence of support between 2.738%/2.759% says further yield upside is limited. Don’t be max short into these levels. There should be better levels to sell in the days ahead. 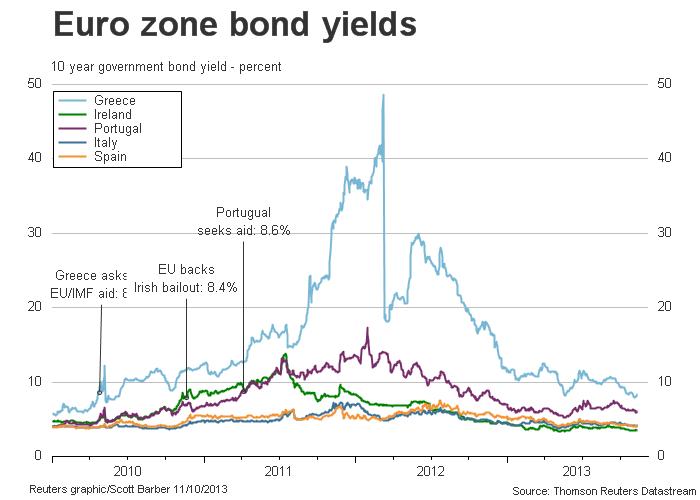 Currencies: The European Central Bank (ECB) rate cut and the prospect of a Fed taper lifted the dollar about 1% against the euro and many emerging market currencies; it rose roughly 0.3% against the Yen.

European monetary policy/monetary conditions are too tight and, Citi’s FX Technical group explains, the EURO is too strong thereby exacerbating the effects of the internal devaluation in Europe (as we noted here). Looser monetary policy and a weaker currency are becoming increasingly necessary conditions for the Eurozone to recover/survive. The present period in the Eurozone, Citi adds, where the financial architecture is coming apart at the seams is not remotely unprecedented and in fact offers a very compelling historical perspective for significant devaluation of the EUR in the years ahead. 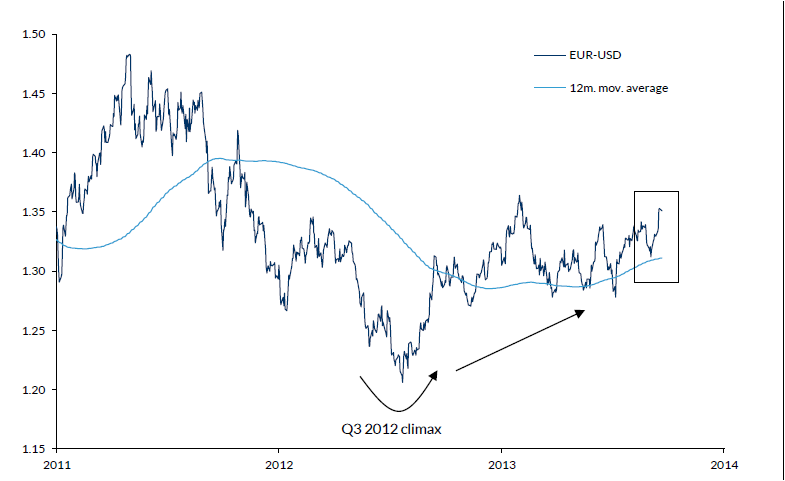 Commodities: Progress on the P5+1 talks over Iran’s nuclear program helped trim the risk premium on oil. Brent fell below $105 for the first time in 4 months. Speculation over earlier Fed tapering perhaps helped trim the bid for gold.

In the week since, Citi’s proprietary Panic/Euphoria model is sending a clear warning of substantial complacency – its most “euphoric” since 2008. This is worrisome, he notes, since there is an 80% probability of a market decline in the next 12 months based on the current reading. 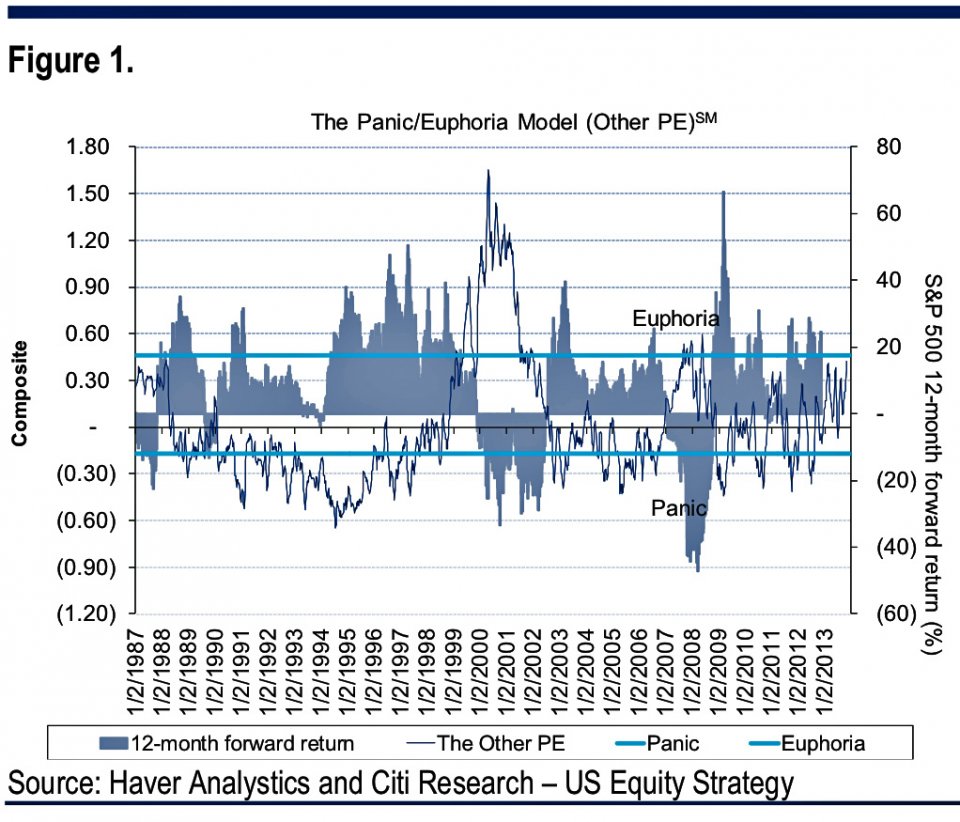 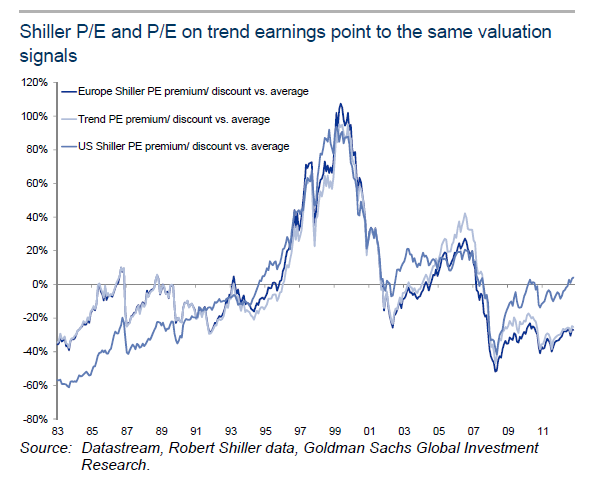 This is the argument for buying European equities right now (over US ones). And US buyers have started to return. It all comes down to one assumption, that the problems in Europe are actually solved.

Investment Strategy : How best to preserve your capital

Given that it has generally been a lacklustre year for most investors, the pressure is to jump back into riskier trades and generate some more performance before year end, even if the tail risk of early tapering might continue to loom.In this situation, any piece of weak data and any dovish communication could push tapering expectations further out and lure investors back into risk, thereby increasing the cost of the inevitable exit. Some observers have argued that the market will react in a more relaxed manner to the next round of taper talk as the issues would be familiar. However, this might be too optimistic a view.

The question then becomes how best to protect your assets in what is likely to be a treacherous environment going forward. Let’s turn to some specific recommendations.

Given no-one, including your author, knows exactly how events will unfold, diversification of your assets should be a key priority. A traditional stock and bond portfolio is fraught with danger given the significant distortions in these markets. Real estate, cash and precious metals should all be considered.

Under different scenarios, you want to protect your capital. If excessive inflation occurs, as happened in the 1970s, then stocks and bonds will get slaughtered. Real estate and gold are better inflation hedges. If there’s mild inflation, stocks will do well, as might gold, while bonds and cash should under-perform. If there’s mild or extreme deflation, bonds and cash should outperform. Gold could also do ok if faith is lost in the paper money system.

SEE UBS the Fed is Trapped

For stock exposure, the U.S. looks pricey, while parts of Asia and Europe offer opportunities. In my neighbourhood of Asia, banks in Singapore and Thailand offer reasonable value, beaten down energy and gold stocks are worth a look, and inepensive gaming stocks such as Genting Berhad (KLSE:GENT) and Crown Ltd (ASX:CWN) should prove resilient.

For bonds, try to avoid sovereign bonds, barring perhaps prudently run countries such as Singapore. Corporate bonds are worth considering, but remember that these bonds have quasi-equity type qualities. Which means if stocks tank, corporate bonds will suffer too.

For property exposure, residential property in many countries looks elevated. That’s particularly the case in Asia. Office real estate offers better value but is at risk if economies don’t recover. Meanwhile retail property is largely unattractive given the continuing loss of retail market share to the internet. Industrial real estate is probably the most defensive property exposure. Historically this sub-segment has proven less cyclical as significant oversupply is rare given the quick time that it takes to build industrial versus office and retail.

Cash is the world’s most hated asset right now and that’s part of the reason why you should have some in reserve. Central banks want you out of cash and into risk assets, so having some cash is akin to flipping the bird at the Fed. More seriously, you’ll need cash in reserve to take advantage of any opportunities should there be a major shake-out in markets.

Which currencies to own? Ah, that’s the difficult part. The Singapore dollar remains a stand-out. Other than that, there’s not a lot else to like. A basket of Canadian loonie, Thai baht, Malaysian ringgit, U.S. dollar (at least in the short-term), New Zealand dollar and Norwegian krone should be considered.

Now to precious metals. You own gold if you believe there’s even a small chance of a breakdown in the current financial system. It’s disaster insurance. It’s why China is buying as much gold as it can get its hands on. Not because it wants to become the world’s leading currency, as many suggest, but because it doesn’t trust the U.S. dollar or current paper money system (more on that topic at a later date). It foresees the possibility of a new monetary system with the partial or full backing of gold. You might be wise to follow the Chinese when it comes to gold.

The IPO of the Year 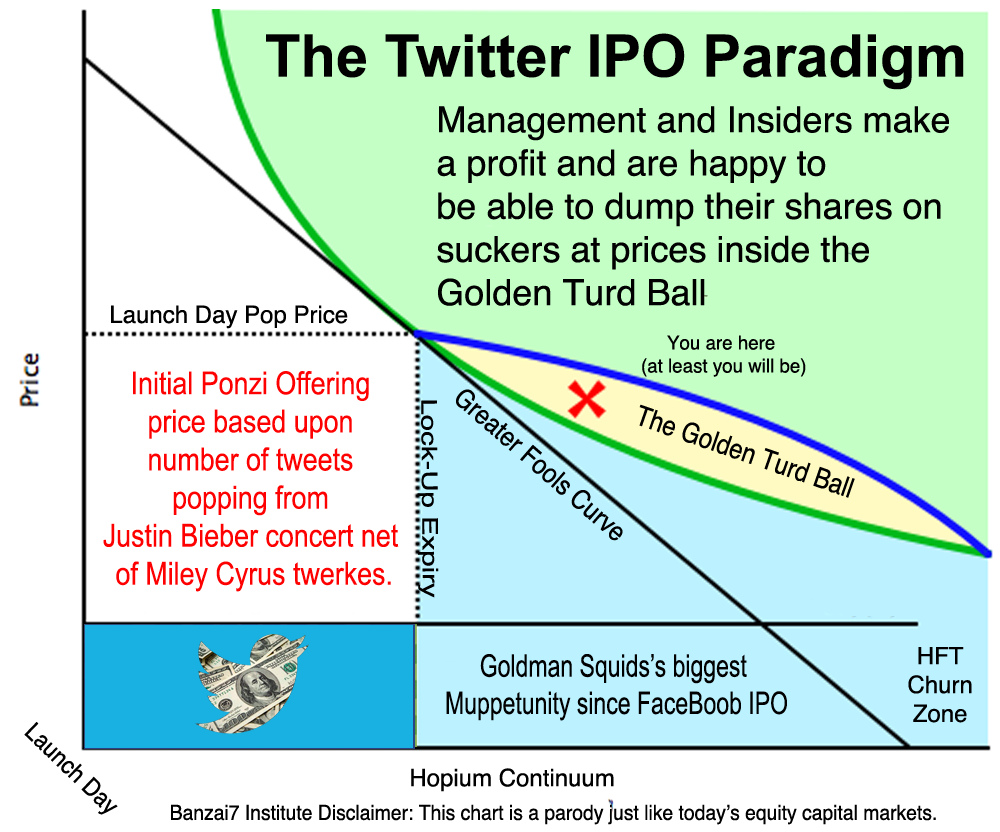