MARKETSCOPE : How Deep Is the Rabbit Hole ?

The FED Is Not Your Friend ! 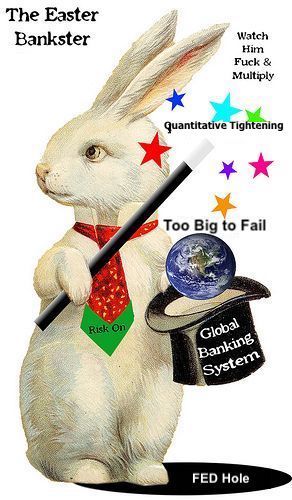 Shares in Europe rose modestly amid concerns about central bank tightening, inflation, and Russia’s invasion of Ukraine. Core eurozone bond yields climbed in tandem with U.S. Treasury yields. Investor morale in the eurozone fell to its lowest level in nearly two years in April, according to Sentix.

As Lael Brainard (typically considered a dove) sent a hawkish message with her assertive tone on interest rate policy tightening and reducing the Fed’s balance sheet. The broader message to markets was accordingly that hawkishness is now widespread across the FOMC, the reaction highlighted once again the uncertainty across markets as to the path of Fed policy going forward have pushed investors to further sell off. The US equity market is facing big valuation headwinds from rapid shifts in expectations for Federal Reserve policy near-term and a market view that rates will be higher in the long term.

Traders are in a state of uncertainty. They no longer know whether to listen to Jerome Powell, who is warning about the consequences of inflation, or to Warren Buffett, who is back to shopping. The oracle of Omaha has indeed become this week the first shareholder of HP, a technology company born of the 2015 split of Hewlett-Packard, with 11% of the group’s shares.

On the other hand, more and more stock market strategists are predicting a recessionary shock against the backdrop of tightening central bank monetary policy and rising inflation. What’s next for equity markets? No one really knows. 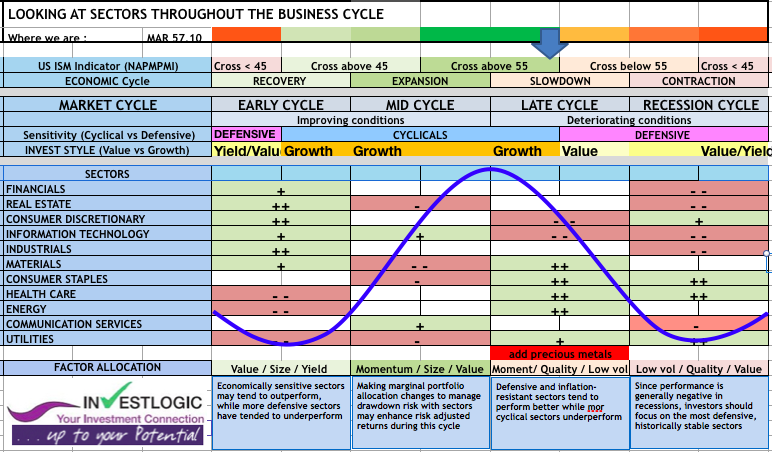 Note: The typical business cycle shown above is a hypothetical illustration. There is not always a chronological progression in this order, and in past cycles the economy has skipped a phase or retraced an earlier one. Source for sector performance during business cycle: Fidelity Investments (AART). Unshaded (white) portions above suggest no clear pattern of over- or underperformance vs. broader market. Double +/– signs indicate that the sector is showing a consistent signal across all three metrics: full-phase average performance, median monthly difference, and cycle hit rate. A single +/– indicates a mixed or less consistent signal. Returns data from 1962 to 2016. sectors are defined by the Global Industry Classification Standard (GICS®). Past performance is no guarantee of future results.

SEE our methodology here and here

Although, over the last 10-weeks, there has been no discernible trend in most sectors, except for energy. Sectors have oscillated very tightly around the relative performance of the S&P 500, following the release of the FOMC minutes, we saw a fly to “inflation safety/recession proof sectors,” like staples, healthcare, and energy outperforming.

These sectors are technically also well-oriented. 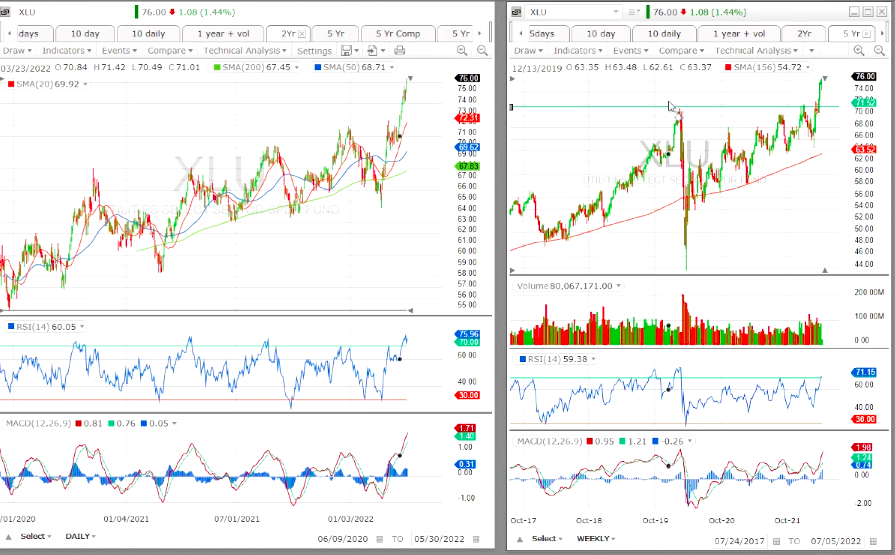 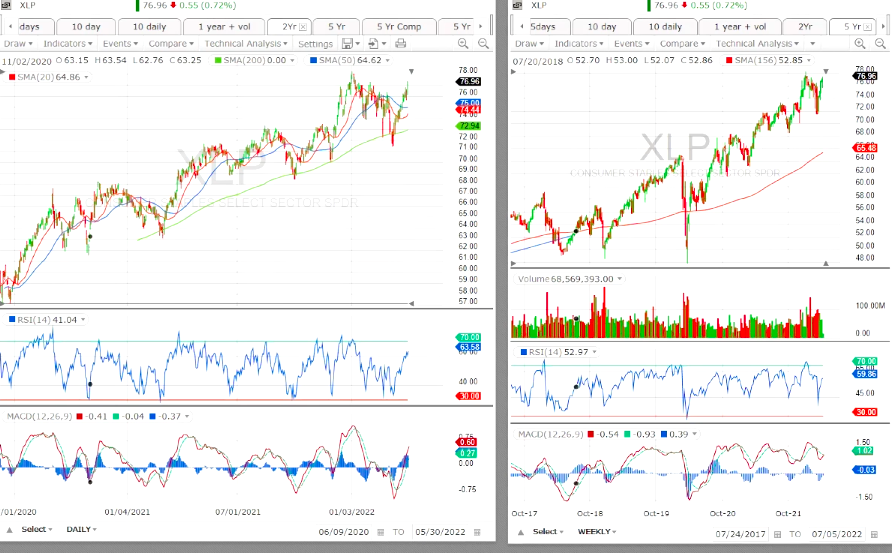 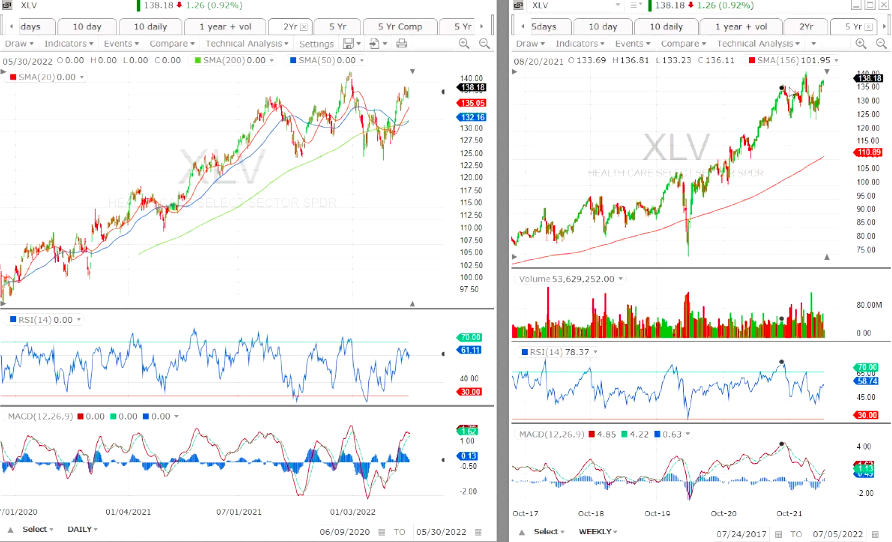 Energy : Broke L.T. downtrend from summer 2014, facing a resistance for the s.t.

On the other end of the spectrum is the Financial Sector which is now vulnerable. Banks have historically moved lower after Fed rate hikes; they are also already suffering EPS downgrades and the negative revision momentum looks set to continue. 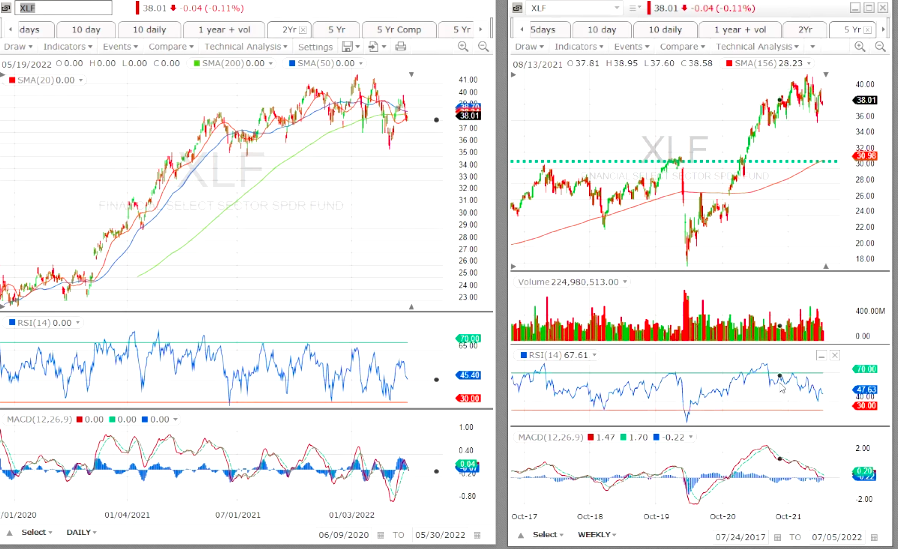 After bottoming in March 2020, the rally sent the price back above the pre-virus level to a new high. This level could correspond to a major top. Since then, the price has broken below some important supports.

Look at the long term trend of the market (SPX) we like to use a monthly MA over 12 months (brown) showing excellent indications of support and major breaks. Until now the index is holding the threshold. 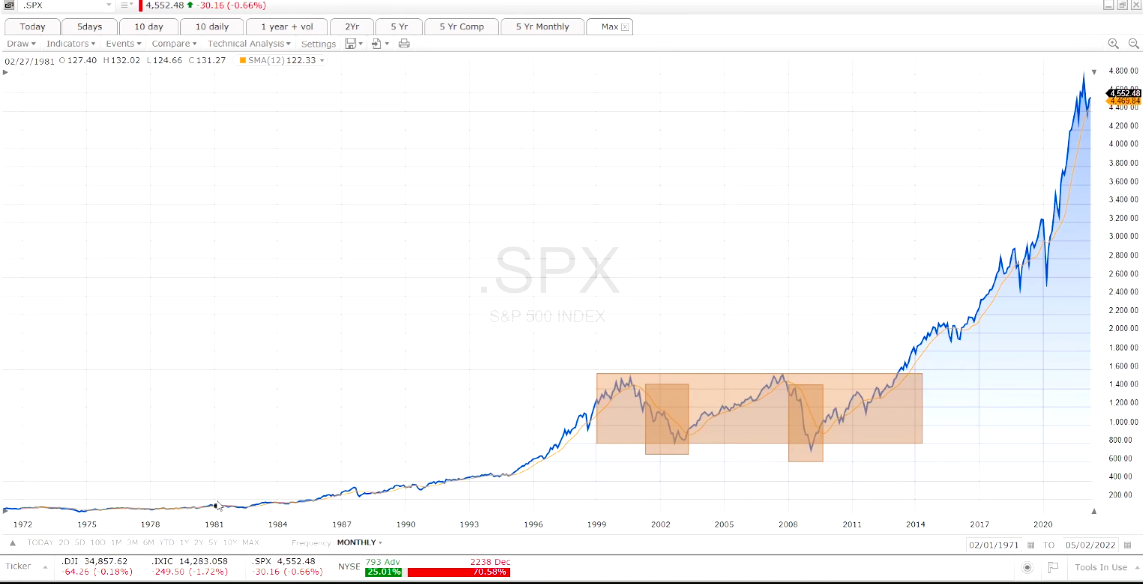 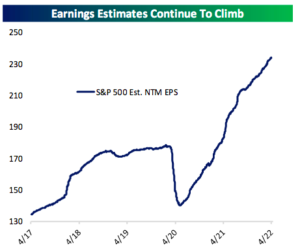 For the coming Earning Season, as shown, aggregate next 12 month earnings for the S&P 500 have continued to climb all year regardless of whether equity prices are rising or falling.
With earnings season around the corner, markets will be tested by any disappointment.

This “directionless” market trend makes navigating markets more difficult than usual. Oversold sectors tend to remain oversold, and overbought sectors remain overbought longer than expected. Such will eventually resolve itself when the market breaks out in one direction or the other. However, until that happens, almost any short-term decision will likely appear to be wrong.

Longer-term, we are likely at an essential juncture in the market. With the Fed tightening policy, interest rates and inflation crimping economic activity, and profit margins under pressure, we suspect the market will declare itself sooner than later. 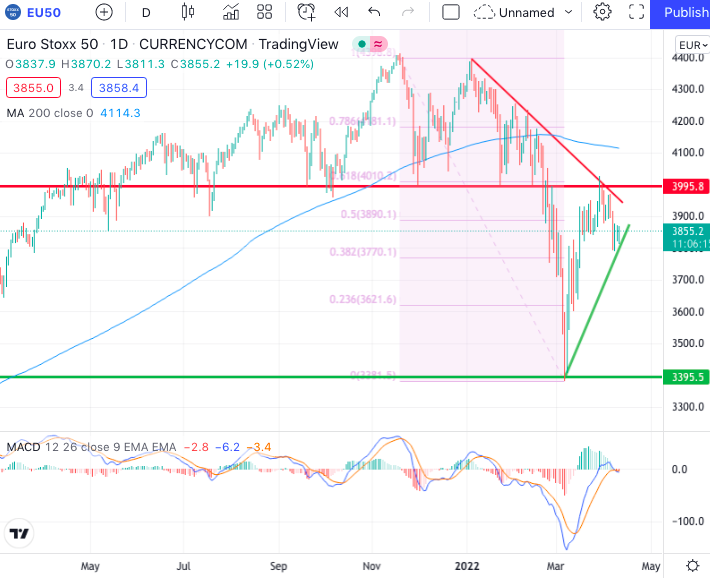 As many of other indices it is squeezed between the support and resistance lines after having test the resistance level which corresponds to the 61.8% retracement of the last down leg. The odd plays to another downside.

On the precious metals side, there is not much to report, as the price of an ounce of gold has stalled. The price moved narrowly between USD 1920 and USD 1940.

The joy was ultimately short-lived for crypto-investors. Still tied to the Nasdaq, bitcoin is closely following the signs of nervousness in the US index but, obviously, with larger swings. After rising close to $48,000 at the start of the week, the digital currency has shed more than 8% and its price is now hovering around $43,000.

In foreign exchange the surprising slide of the week was against the greenback, which gave back 10% to the ruble, at RUB 76.50 to USD 1. Half of the low recorded a month ago, at RUB 154 for USD 1… And a parity that returns to its pre-war levels in Ukraine.

With the Federal Reserve and the Bank of England both raising interest rates, the ECB is in danger of looking out of step if it doesn’t do something to show it’s paying attention to its price stability mandate. Its as interest rates surge into positive territory in the Eurozone.

Foreign central banks are also getting in on the game as interest rates surge into positive territory in the Eurozone.

President Christine Lagarde will be asked repeatedly at next post-meeting press conference whether the market is correctly betting on higher rates this year. Giving clear forward guidance by signaling that the deposit rate is likely to move toward zero but isn’t headed much higher than that would help prevent financial conditions from getting too restrictive.

Clearly then, there is a hawkish pivot occurring in the ECB. If the market is expecting rate hikes further out, but they actually happen sooner, it’s likely that European risk assets will be hit, specifically credit and their corresponding spreads.

Technically speaking, the EURUSD pair is not looking bullish either. We see a bearish ongoing trend after 1.123 breakouts that turned into a nice resistance recently. Notice that recovery from 1.080 was also in three waves, so that’s a corrective rally meaning it can be fully retraced. And this, can happen soon if we consider a broken trendline. 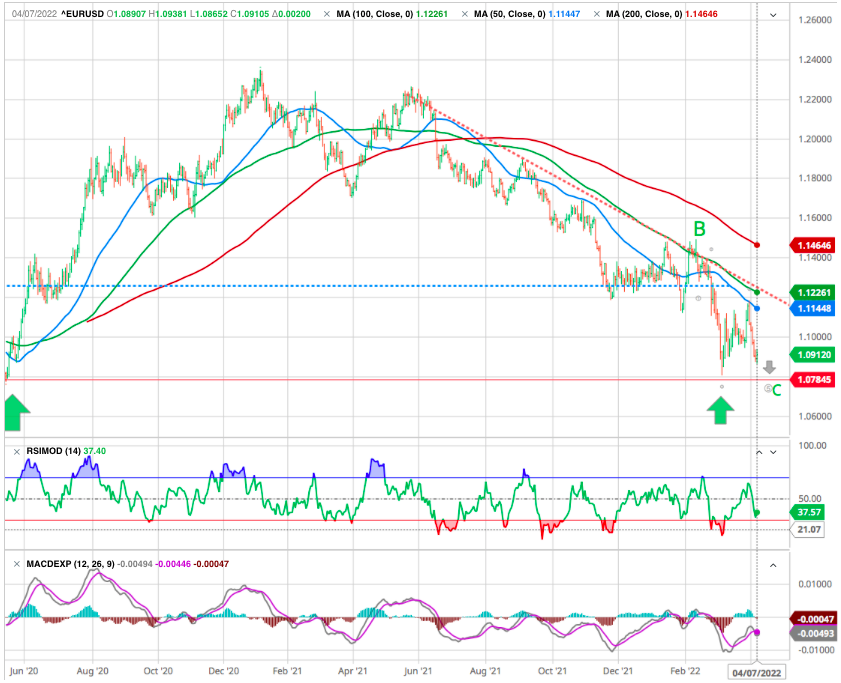 Asset allocation with the business cycle 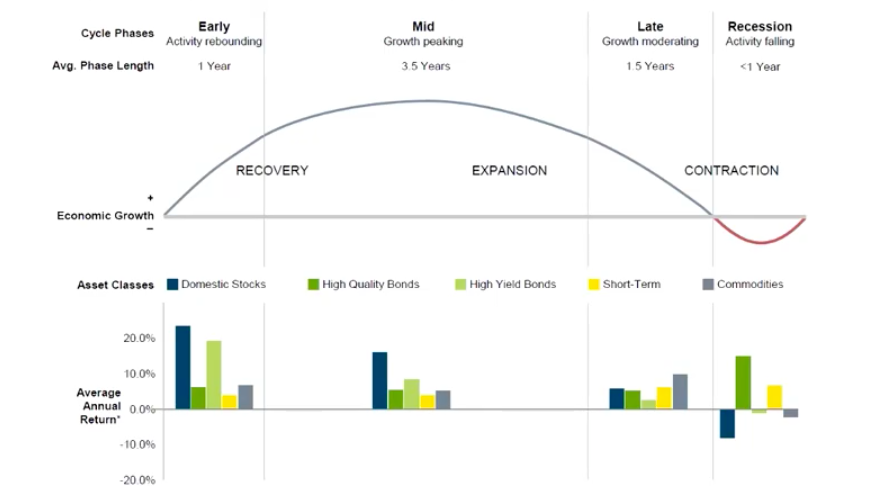 In the end of the late cycle-early recession, cash has also tended to outperform bonds, but investors should be cautious about making changes to their asset allocation in pursuit of opportunities during the late cycle.

Look to value stocks, commodities, and energy and precious metals. 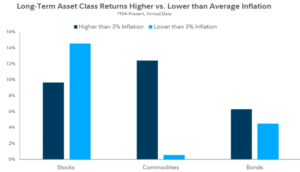 Risk cannot be destroyed, it can only be shifted through time and redistributed in form. It’s possible that Fed policy over the past decade, rather than destroy risk, has only managed to shift risks into the future. Now that rapidly rising inflation makes the continuation of the program untenable, those risks could now finally materialize in a way we haven’t seen as of yet. At the very least, it could mean that volatility in the stock market could be elevated for the foreseeable future. 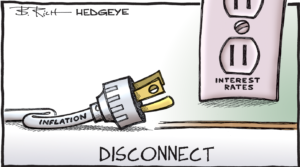 There are further fears of slowing growth amid inverted yield curves, while Deutsche Bank has even become the first big bank to forecast a U.S. recession that begins in 2023. “We no longer see the Fed achieving a soft landing.”

A couple of recommendations :

FOCUS ON QUALITY AND SELECTIVITY:

Earnings growth tends to move higher as inflation rises, and those companies with pricing power typically benefit more. Within equities, we favor U.S. large caps with a focus on quality.

Volatility is likely to remain elevated, and one to three corrections in any given year is the norm. However, we may use pullbacks as opportunities to rebalance or appropriately diversify portfolios. 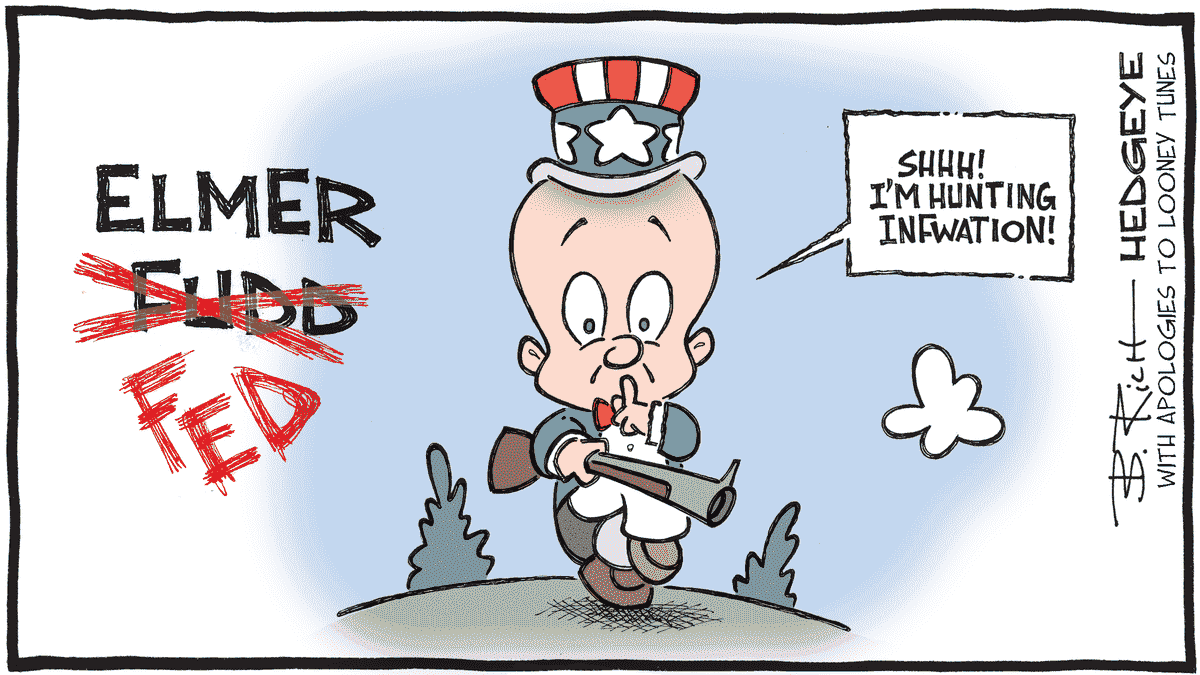