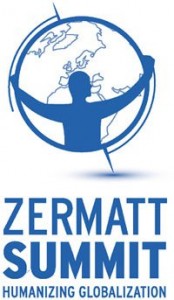 This sense of a shared fate – for example facing the consequences of climate change – as much as our shared values, should compel us all to converge, cooperate and interact with individual and global benevolence.

Governance and entrepreneurship in the XXIst century have indeed a lot to draw from the antique ideal of the Common Good; in an era of proliferating and multi-dimensional interconnection but marked by social fragmentation and diplomatic divergence.

The vision of the Common Good can help us rise above the notion of general interest and remind us of the obvious limitations of fighting for our individual interest. See also our previous articles

Reorienting our energy towards the Common Good allows for hope to achieve a better world as the Common Good is the grammar of living together and lays out the conditions for doing it well, in a peaceful manner.

The “Common Good” is one of those expressions that spring up from time to time in current discourse and immediately become fashionable even though their use until then had been infrequent. Why should a word or an expression meet with such success in contemporary language? Probably because synonyms or expressions conveying equivalent meanings have been over-used or too often misused.

Other similar phrases such as social responsibility, sustainable development, ethics and even governance have quickly become devalued, despite the fact that they are central to how we think about the world today. The same fate hangs over the Common Good.

The Common Good has been often confused with the concept of common interest. While inherently positive – as it aims at social cementation and embetterment – , the general interest always favours the collectivity over the individual, to the point of often sacrificing personal rights or aspirations in the name of community cohesion and protection.

History has often produced tragic consequences of the systematic application of the general interest principle, culminating in the creation, at times, of totalitarian societies or regimes, such as Sparta or modern dictatorial states.

On the contrary, the Common Good is in itself a social transcendence which maintains the integrity of individual freedom and personal happiness in the quest for collective well-being and justice. It is the basis for any effort to humanize as Common Good gives an infinite value to the human person.

As a matter of fact, in the cultural history as well as in international law, all human rights derive from the concept of human dignity, including newly forms of universal rights, such as access to energy, water or education.

Based on the profound understanding of human dignity and universal human aspirations,and guided by spiritual and ethical values shared across civilizations, the Zermatt Summit proposes the following characterization of the Common Good:

Professor Guido Palazzo of Lausanne University, when opening a panel session at the Zermatt Summitt, paused and surveyed his audience, every member of which was, in some way or other, committed to the cause of sustainability. “You know who is responsible for an unsustainable economy” he began. “We are… all of us in this room” Taking a smart phone from his pocket he presented a litany of unsustainable attributes to be found in a simple object that we all take for granted. While there was nothing specifically new in his assertions, it was a timely reminder of realities that we all find it all-too-easy to forget.

Palazzo was not the only speaker to call for a fresh view of the commonplace. Pressed on the potential need for new ways of “impact investing”, the thoughtful Martin Rohner of Alternative Bank Switzerland cut to the heart of the matter: all investments have an “impact”. The real way forward is to understand the true nature of this impact, in all its forms, and upon whom, in order that investors can take a more considered view than at present.

This fourth Zermatt Summit, founded by Swiss entrepreneur Christopher Wasserman, saw some 200 committed individuals from around the world debate, challenge, explore and discuss globalization and the urgency of putting human values into businesses, markets and institutions. The Zermatt Summit is (presently) a long way from the World Economic Forum held in neighbouring mountain resort, Davos. But somehow, its focus on bringing civil society and business together on equal terms, with sustainability and humanity at the heart of its mission, perhaps makes it a more relevant and manageable proposition.

The Summit began just days after SustainAbility launched Changing Tack, in which we make the case for a rebuilding of trust, new forms of collaboration and the need for leadership that extends beyond the confines of any one institution. I was at the Summit to participate in a panel on achieving inclusive growth through collaboration and a convergence of objectives between government, business and civil society. Repeatedly, speakers and audience contributors in Zermatt reasserted the pressing need for such collaboration as well advances in trust and leadership as the only ways forward to address our sustainability challenges. With so doing, we can (and must) rethink the terms of the relationship between civil society and business.

At times, the location, hemmed in as Zermatt is on all sides by high peaks, seemed especially appropriate. Whatever the topic, we were reminded of the sheer scale of the mountains we have to climb. But also that the best mountaineers always work in teams. The Zermatt Summit provided a great opportunity to re-engage and re-inspire for the challenges ahead. I wish it well for the future.