What If the FED Put Is Still Prevailing ?

The FED Has the Power, but Does It Has the Will ? 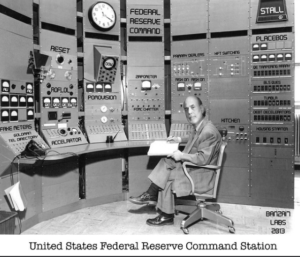 At that time St. Louis Fed President Jim Bullard’s suggested the Fed could be back to rate cuts as soon as next year. These comments were a potential indication that the Fed was reassuring tumbling markets of an always possible “Fed put.” Such a suggestion understandably inspired skepticism regarding the Fed’s commitment to its ongoing tightening cycle. HUM Well late that Friday, it seemed the Fed might have felt the need to pump the brakes a bit on the market’s bearish eruption.

Last Friday afternoon Bloomberg headline was spot on: “Big Up Week for Everything Is Latest Sudden Twist for Traders.”

Atlanta Fed President Raphael Bostic floated the suggestion of a “September pause” on further rate hikes (and as an afterthought for the mid-term elections to help Biden not lose too much face-ours-). The idea gaining traction is that the Fed may now be moving toward a likely pause to its tightening cycle at the September FOMC meeting. The notion of a September pause gained more traction after market participants reviewed Wednesday’s release of the minutes from the most recent FOMC meeting.

The rally Bullard begot became turbo-charged at the end of the week. Market technical and sentiment factors had already established the conditions for a counter-trend rally to develop.

That week, Bullard, Bostic, and the FOMC gang provided the catalyst. The rally in stock indexes came with strong breadth and risk-on characteristics. It was also accompanied by a strong snap-back in high yield credit. Treasury yields dropped, the dollar continued to fall, and commodities were strong.

Bloomberg :
“There were hints of a possible pause: an “expedited” tightening would leave the Fed “well positioned later this year to assess the effects of policy firming and the extent to which economic developments warranted policy adjustments.”

Is the Fed all inflation bark and no bite?

The Fed had been talking tough on inflation – as if acting decisively to control it had become the overarching policy priority. Powell repeatedly invoked Paul Volcker. Even the doves were talking hawkish.

After all, CPI (y-o-y) surged to over 8% – and has been above the Fed’s 2% target now for 15 months – yet the target policy rate is today at only 0.75% to 1.0%. Inflation is exacting a heavy toll on the population; politicians are under the gun and vocal. The Fed, of course, is compelled to present steely resolve. “Fed Minutes Show Urgency…” “Fed Minutes Show Strong Commitment…” “Officials ‘noted that a restrictive stance of policy may well become appropriate.”

Powell:
“As I said, inflation is too high and must be addressed. The Federal Open Market Committee’s overarching goal is to return inflation to our target range without triggering significant economic dislocation. While that will be a delicate undertaking, I believe economic conditions… are strong enough to allow us to achieve that outcome.

Still, uncertainties shroud the economic outlook on virtually every front, from the pandemic to war in Ukraine to supply constraints.

So as we expeditiously return monetary policy to a more neutral stance to get inflation closer to our 2% target, I plan to proceed with intention and without recklessness. We have seen throughout the pandemic that events and market shifts can happen quickly and in ways that dramatically alter the prevailing economic dynamic, in both good ways (the rapid rebound in employment right after the initial lockdown) and bad (the rapid rise of the delta and omicron variants).

We all must be ready for the unexpected to occur, assess how risks have changed when it does, and stay aware of shifts in the strength of the economy.

Given the very high level of inflation, some might be surprised by my injecting some caution here. But remember this: even firetrucks with sirens blaring slow down at intersections lest they cause further preventable trouble.”

Clearly,  Powell is beating around the bush.

He refuses to say clearly what he is afraid of, but it shows: “We all must be ready for the unexpected to occur, assess how risks have changed when it does, and stay aware of shifts in the strength of the economy. “

Let’s do a little text analysis :

So to summarize and clarify Powell is telling us that we need to fight inflation but we need to stay vigilant to avoid a slowdown or a recession. The slowdown or recession is, according to his image, the risk that the fire truck has an accident at the crossroads. The truck has to go fast, BUT  it must not create another accident than the one that is in progress.

The important word in all this is “but”!

It implies restraint, hands tied. The “but” is another version of the famous “at the same time” of modernity, this “at the same time” which admits to do a thing but which “at the same time” refuses the consequences, the costs, the inconveniences. This is the background of the system that appears; Prometheus accepts the positive but rejects the existence of the negative.

Powell :“Overarching goal is to return inflation to our target range without triggering significant economic dislocation.” “Monetary policy makers must be mindful of those uncertainties and proceed carefully in tightening policy.” “…I plan to proceed with intention and without recklessness.” “Even firetrucks with sirens blaring slow down at intersections lest they cause further preventable trouble.” Not Volcker-esque.

More like Alan Greenspan as he began dabbling with this seductive policy departure in the early nineties. The reason of his nickname “Maestro”. “The maestro’s”implemented an asymmetric approach (ease aggressively while tightening timidly), the famous “baby steps”. With it Greenspan conducted clearly into a slippery slope of Bubble accommodation.

Nowadays, the Fed confirmed that it remains within this system and that it does not want to shake it up. It needs to be mindful of remaining too cautious in getting rates to a restrictive level in a timely manner to a level that would hurt growth and create risks for the economy.

The Fed wants to remain in its magical world of free lunch: we can produce all the debt we want without paying the consequences, without burdening future demand, without weighing on future growth.

In short, Powell is telling us nothing more than this:

I want to curb inflation but not to the point where it will slow down the economy.

And the markets got the message!

Mohamed El-Erian told Bloomberg TV, May 27, 2022 : “I think the Fed is going to have to decide between two policy mistakes: Hit the brakes too hard and risk a recession or tap the brakes in a stop and go pattern – including a pause in the September meeting  would be an example of that  – and risk having inflation well into 2023.”

We agree with El-Erian that the Federal Reserve may ease up on hiking rates in the face of new economic data — and ‘stop-go’ moves by the central bank would be a significant policy error for the world’s largest economy.

There’s a further major risk with “stop and go.” It’s “tinkering” with dysfunctional markets with a dangerous proclivity for speculative excess and acute instability. It’s no coincidence Bullard comes out with his “we could be lowering the policy rate” as early as next year, with the market in serious trouble.

But we would add  that it is not now that the Fed is making a mistake, no, it is doing what it has to do given the previous choices. The wine has been drawn, we must drink it and it is no longer possible to go back, we must remain asymmetrical, we must accept that there is only one direction: the drift until the end of the Experiment.

Powell does not commit any management error, he manages as well as possible within the framework which was bequeathed to him, that of the Great Experiment. He is making it last, he is extending it as best he can.

The damage that would be caused by a real tightening cycle is unbearable for the system, as the world liner is so full, as the balance is unstable, fragile. Everyone, the whole world, is on the same side of the boat, i.e. on the side of laxity, low interest rates, overabundant money, everyone needs this to continue.

The world cannot stand either the rate hike or the shrinking of the global central bank’s balance sheet, much less the resulting rise in the dollar. The mode of contagion if Powell abandoned asymmetry is the dollar. Its rise would first hurt the periphery very much, and then in return would cause a negative shock in the United States, and Powell has understood this since 2013.

While the typical policy menu is inappropriate in today’s backdrop, the Fed has offered faltering markets something crucial. Federal Reserve officials have affirmed the “Fed put,” and, importantly, they have signaled they will not wait for financial panic or deep recession.

The Fed had been talking tough on inflation – as if acting decisively to control it had become the overarching policy priority. Powell repeatedly invoked Paul Volcker. Even the doves were talking hawkish. Only a few weeks ago, FOMC officials were discussing the potential for 75 bps hikes. Bill Dudley, Larry Summers and others were discussing a 5 to 6% Fed funds rate.

Understandably, markets were initially skeptical of the notion of their well-being supplanted by the Fed’s newfound inflation focus. The Fed wouldn’t dare, would they? We’ve got them trapped, don’t we? But, for the most part, it was easy to dismiss the Fed’s inflation fixation – and ramifications for the “Fed put” – so long as the great bull market remained intact.

At this point, the bull is anything but intact. In particular, the latest incarnation of a historic “tech” Bubble is deflating. Credit and financial conditions tightened dramatically in high-yield, leveraged loans and risky finance more generally, with huge consequences for thousands of uneconomic enterprises having sprouted up over years of egregiously loose and speculative financial conditions.

Acute market fragilities were laid bare, and the Fed has done what the markets have long presumed: once again, they’ve essentially caved to the markets. This started with Powell’s press conference and gained momentum during the week. And we can expect the general response will be, “Say what, they haven’t changed anything – they’re still tough on inflation.” 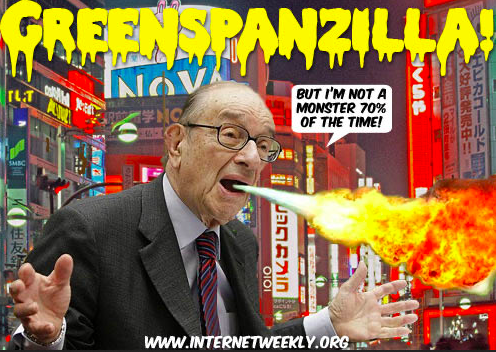 Much has changed. Market fear of a “tone deaf” Fed willing to hike rates irrespective of market dynamics has been allayed. The Fed put is alive and well. Not only have 75 bps hikes been taken off the table, the Fed has also signaled a desire to quickly return to its standard little 25 bps “baby step” approach (with pauses so everyone can catch their breath).