Weekly Market Wrap as of October 7

And that’s because every serious investor understands that the US government long since abdicated any economic power to the banking sector. Everyone knows that the Fed is going to keep printing money, ergo they’re going to keep sending markets higher. And this debt ceiling charade only proves it. The secret is out there in the open. And now it’s completely obvious who’s really in charge.

The Clock is Ticking 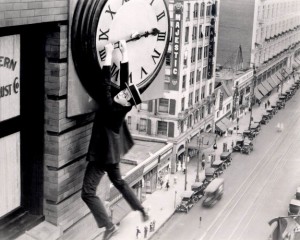 The US Congress missed its October 1 deadline to pass a stop-gap funding bill, shutting down the Federal government for the first time since 1995. To be sure, this is not a complete shutdown because roughly two-thirds of Federal operations are essentially on autopilot. Specifically, mandatory entitlement programs like Social Security, Medicare, and ironically enough the Affordable Care Act do not require annual appropriations. Moreover, of the one-third of spending that does require annual appropriations, many government operations are considered essential—national security most notably—and thus continue uninterrupted.

Given that the shutdown is expected to drag on well into October, we are perhaps most concerned that it could further complicate the need to raise the debt limit by October 17.

Although immediate disaster is unlikely if this deadline is also missed, the government will quickly run out of cash after this date and the probability that the government is unable to pay all its bills steadily rises to near certainty by month-end. And as we noted last week, one of these bills is an interest payment on outstanding Federal debt, which raises the specter of a default. So market stresses should build as we move through October.

We strongly suspect that both government debt growth and money supply inflation will continue unabated – any pause will immediately bring about the kind of short term economic pain these policies have explicitly sought to prevent and will therefore be quickly reversed. It is not unlike the situation the revolutionary assembly of France found itself in during the late 18th century: when it issued new money, industry seemed to revive. As soon as it stopped, industry slumped again. And so it was decided to issue ever more money, until the entire scheme blew up. There can be little doubt that modern-day governments are on the road to a similar date with destiny – and lately the speed at which they travel toward it has increased markedly.

Since the year 2000, the US government has issued almost twice as much additional debt as it has issued in its entire history from 1776 to 2000. US federal debt has nearly tripled since the year 2000 It is no coincidence that the true broad US money supply TMS-2 has risen by nearly 230% over the same time span. Here is a chart showing this monetary aggregate. If the growth rate in this monetary aggregate should slow down again, the Bernanke echo bubble will crash. The entire so-called ‘recovery’, such as it is, depends on this money supply inflation continuing at a steep rate 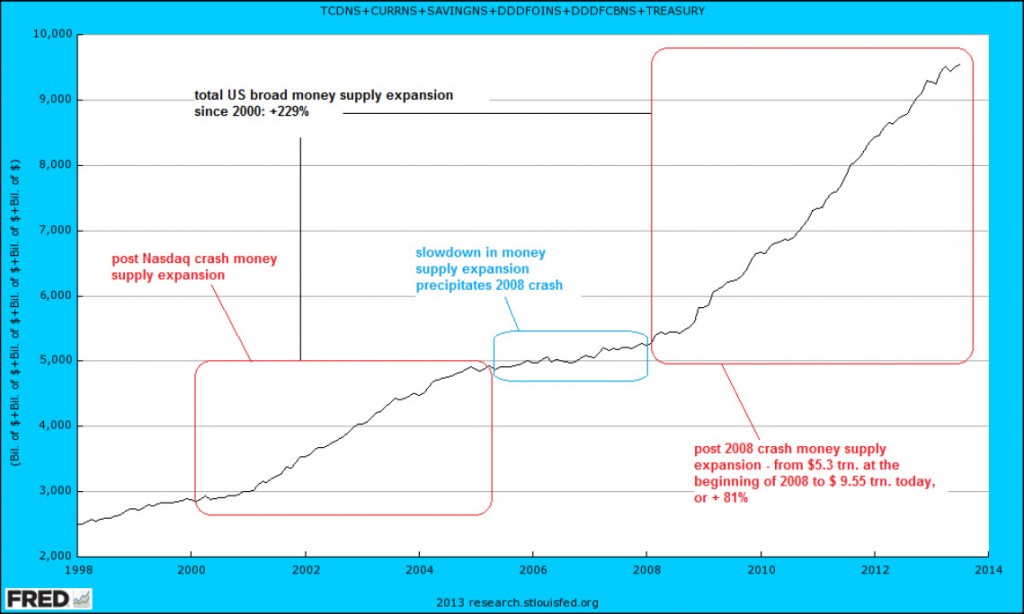 Equities:Stocks were mostly lower, reflecting shutdown/debt ceiling jitters but also because of weaker than expected economic data. Italy was the exception, as Letta’s victory in the no-confidence vote bolstered investor confidence. Six of the eight indexes on my world watch list posted declines for the week, with Japan’s Nikkei 225 plunging 4.98%. India’s SENSEX was the top performer, up 0.98%, the S&P 500 suffered the least decline, a fractional 0.7%.

When you take a look around the world, key stock markets all are facing resistance with several of them creating bearish rising wedge patterns. About two-thirds of the time, rising wedges signal lower prices ahead!

I believe the announcements of the death of fixed income as an asset class are greatly exaggerated, and in order to face the new reality, fixed income investors and asset allocators need to adopt a significant change of approach. Historic experience tells us that, even in long-term trends, interest rates do not move in a straight line, and there are short-term cyclical bull and bear market phases to exploit.

Options for fixed income investing include:

Currencies: The dollar was broadly weaker by approximately 1% against a broad range of currencies on rising expectations that Quantitative Easing (QE) will not be tapered in October. (Even the Indonesian rupiah stopped falling.). JPY was its strongest since August. AUD was also bid as rate cut hopes eroded.

Commodities:In oil markets, although Brent (the global benchmark) was little changed this week, West Texas Intermediate (the US benchmark) rose more sharply on news that TransCanada expects to complete work on the southern portion of its Keystone pipeline by the end of this month which could help clear the excess crude stockpiled at Cushing, OK. The Wall Street Journal reported that the U.S. is overtaking Russia as the world’s largest producer of oil and natural gas.  The gold ETF (GLD) did penetrate the neckline of its head and shoulders formation but bounced back the next day.  Keep it on your radar. 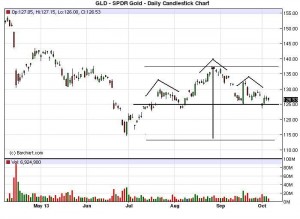 Central bankers put speculators on their side, now they do not know how to get rid of them. When you want to have diner with the Devil, you need a very long spoon, and central bankers are now discovering it ! 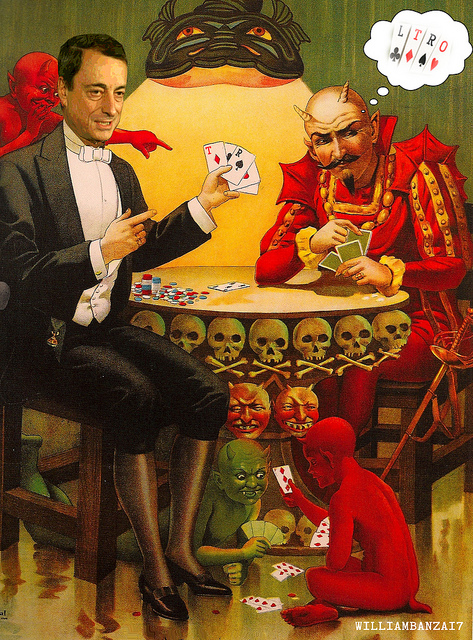 While the Fed has done everything in its power to destroy the market’s discounting function, when it comes to frontrunning the Fed the market can still think ahead. SG economists expect the January FOMC meeting to be the most likely timeframe for tapering. They look for the first move to be $20bn (instead of the $5-10bn previously expected by the market).

SocGen’s Alain Bokozba extrapolates what will happen when the Fed’s balance sheet stops rising, and applies the same drop to stocks as was seen at the end of QE1 (-16%) and QE2 (-17%) and concludes that the “end of QE3 would cost the S&P500 15%” and that following that, absent even more QE of course, “the US equity index should remain relatively flat, as SocGen calls it, “the Big Sleep.” 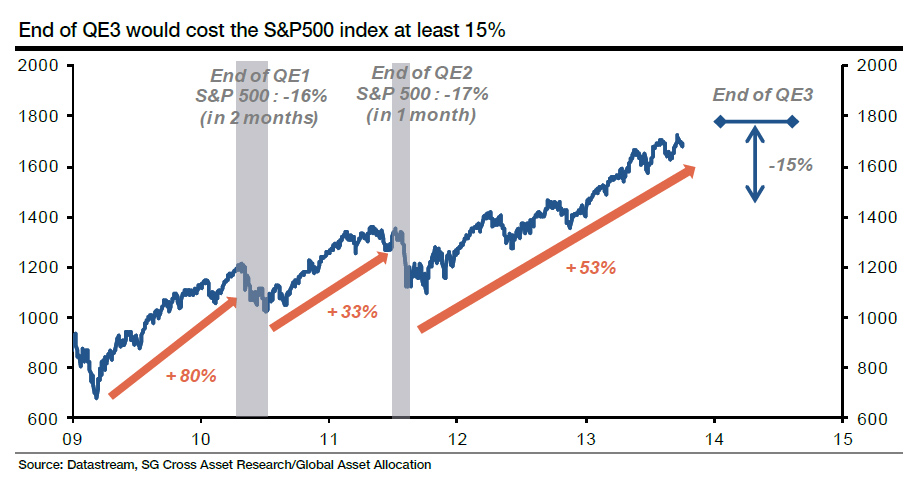 But perhaps the best way to prepare for the Fed’s withdrawal is not through risk assets, but their volatility derivative: the VIX, which SocGen expects to soar once the transition from QE3 to nothing begins. History shows that the implied equity volatility (VIX) regime is highly sensitive to the Fed Funds rate. When the Fed tightens its monetary policy, the VIX tends to rise.

You have to know that all financial assets are now correlated. Correlated means that all of them go in the same direction at the same time, up or down. The beneficiaries of diversification became almost nil. This is also true for the benefits of selection, ie a clever one, they also are close to zero. Everything is functioning on the basis of the Central Banks consolidated statements. The median correlation of the whole is the one of the index of the financial assets with the aggregated statements  of the world Central Banks.

There is no additional return being intelligent. The absolute return comes from the global trend. The best example of this phenomenon can be seen by looking at the hedge funds performances. 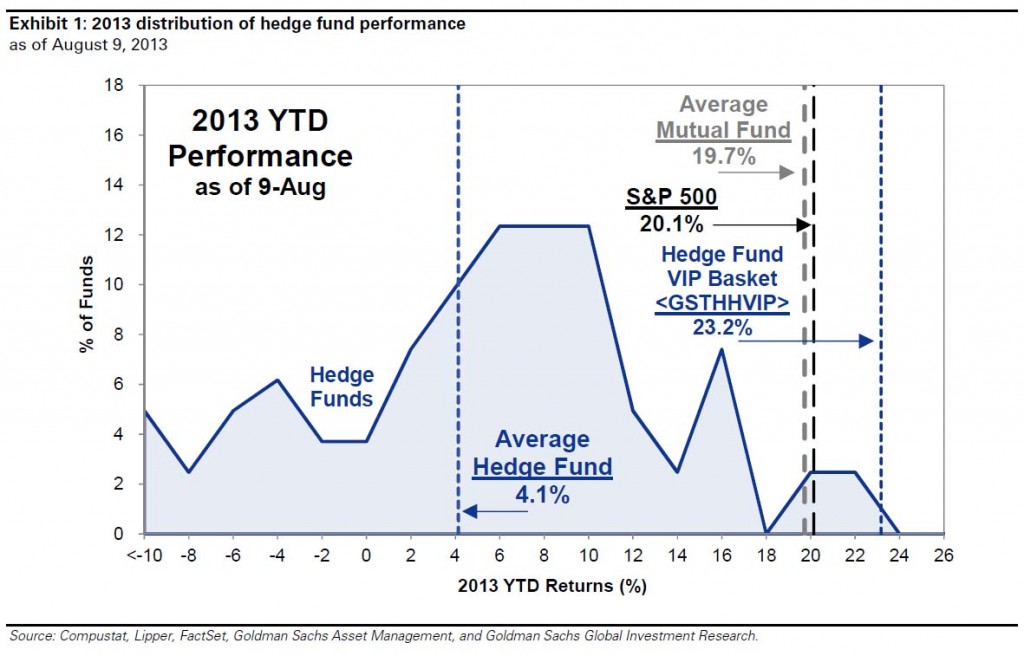 Hedge funds gather the world best financial “genius” and spend fortunes to try to outperform financial markets as well as their competitors. Eventually, these hedge funds do not manage to succeed anymore ! The correlation between the hedge funds performances and, for instance, the S+P500 since 2009 is close to 0.9. There is no other possibility to derive an acceptable performance than the one consisting in following up the Central Banks policies.

And here we have a problem : there is no diversification of investment strategies anymore, and , in addition, there is no diversification of investors and financial intermediaries. Leaving the financial world to its own closed universe. The clientele disappeared from the markets leaving only a limited numbers of giant intermediaries, playing together behaving like sheep. 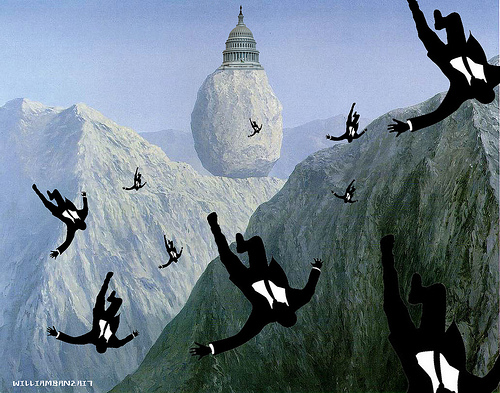