Weekly Market Wrap as of December 22 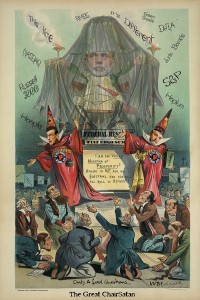 Bad news is good news and markets responded favorably to the FED. Developed market stock markets had generally traded down in the first two weeks of December; they were up strongly last week, catalyzed by the Fed announcement it would begin tapering its monthly bond purchases de-signed to spur growth and employment.

The Fed’s statement is the most optimistic in quite some time. It sees the risk to the outlook for the economy and labor market to be nearly balanced. It recognizes that the persistently low inflation may pose risks to economic performance. The statement also underscores that the Fed will have a highly accommodative stance for a considerable time even after the purchase program ends and well past the time that unemployment falls below the 6.5% threshold.

The US reported a much stronger than expected rise in durable goods orders in November ( increase of 3.5%) and a sharp upward revision to the October series.   The 2.0% decline in October was revised to -0.7%

Europe watched good economic data progress on banking reform and a credit downgrade by S&P. The European Union’s credit rating from AAA to AA+ (outlook stable) citing deteriorating overall creditworthiness of the 28 EU member states and more contentious EU budgetary negotiations. As EU finance ministers agreed on the general principles of a bank-resolution plan, Greece was cleared to receive the next tranche of its aid package.

China is facing  a liquidity crunch and on December 24, the People’s Bank of China bowed to the run-up in short-term money market rates and conducted an open market operation that injected CNY29 bln (~ $4.8 bln). The HSBC flash December PMI faded to 50.5 from 50.8, but the Conference Board China LEI rose 1.4%.

Equities : Most Markets posted substantial gains over the past week with the S&P 500 and MSCI Japan indices were each up 2%; MSCI Europe index was up 3%, Germany’s DAXK as the top performer, up 4.37%. The two negative performers were the two China indexes. The Hang Seng fell 1.87% and the Shanghai Composite plunged a gut-wrenching 5.07%, its worst weekly loss since May 2011.

Bonds : Bonds seemed to take the Fed’s actions in stride, although high yield bond spreads, as measured by the BofA ML High Yield Master II Index, narrowed 8 basis points to 404, a new cycle low. That’s more than the economic news would seem to justify—but it’s consistent with the stock market’s positive action. European and Japanese bond markets were quiet, but China’s money markets are experiencing a liquidity crunch—generally thought to be cyclical (year-end) noise, but spill-over effects are possible 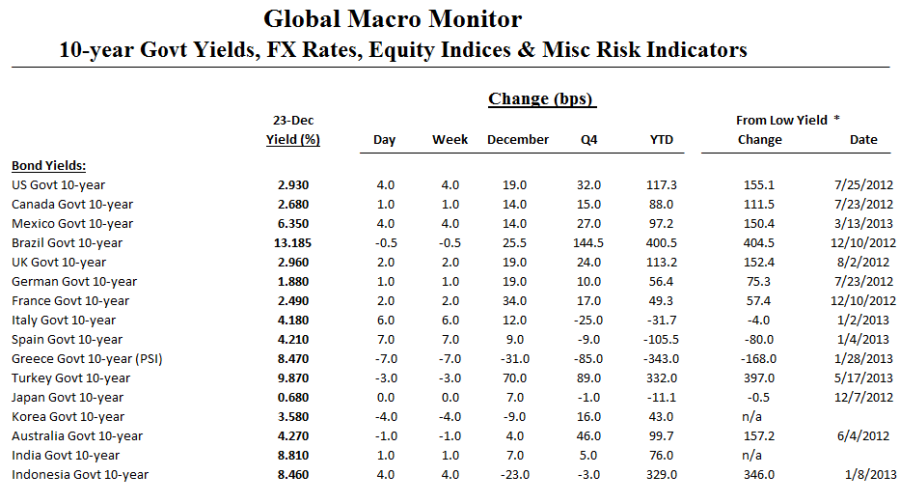 Currencies : After posting a big reversal day on December 18 in response to the Fed’s tapering, the euro moved lower.The Fed decision powered the dollar to gains of roughly 1% against the Yen and 0.4% against the Euro (the Yen fell to a five-year low against the dollar).

Emerging Market currencies were broadly pummeled with Indonesia’s Rupiah tumbling to 5 years lows and the Turkish Lira collapsing 1.9% in the last 2 days (its biggest drop in 4 months) to an all-time low. 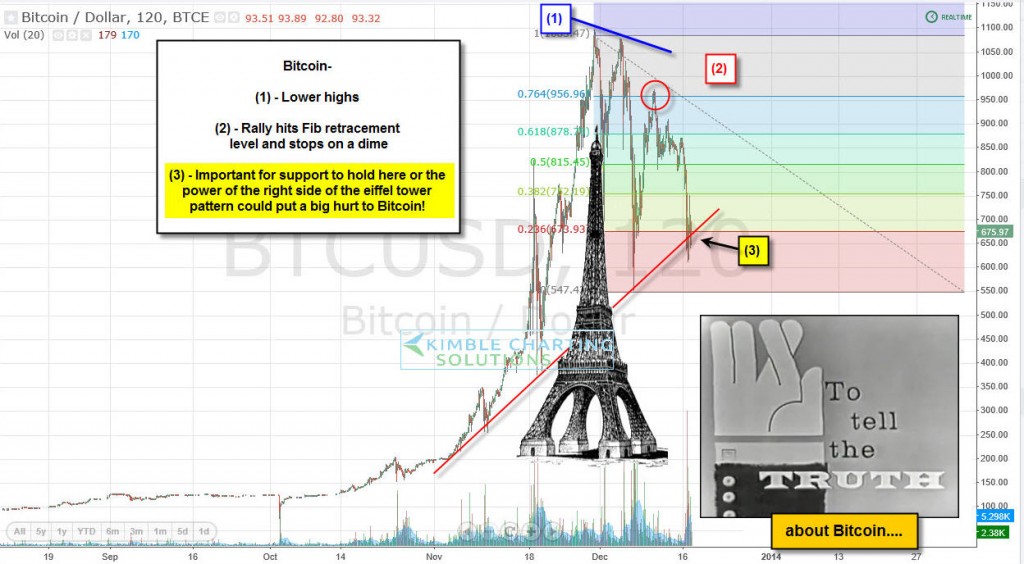 Commodities : Oil continues to rise off its end-November bottom, rising 3% to just below $100. Gold was down 3% (Fed tapering), falling to below $1,200 then regaining some grounds.

In Abe Gulkowitz’ latest The PunchLine letter, he highlights the key elements from a very slowly improving labor market to the amazing moves in asset markets with ‘all the charts you can eat’ in between. The unnatural easing stance, though necessary, spurred an aberrant demand for assets in the riskier end of the spectrum. By and large, such assets have so far lived up to their promise. The new year may again challenge that assumption as the likelihood of unlikely events rises.

The dreaded tapering will remain a key focus of markets… As the accommodative monetary policy stance persisted in all major currency areas, so did investors’ desperate search for yield. The unnatural easing stance, though necessary, spurred an aberrant demand for assets in the riskier end of the spectrum. By and large, such assets have so far lived up to their promise.

The new year may again challenge that assumption.

The Taper In Perspective 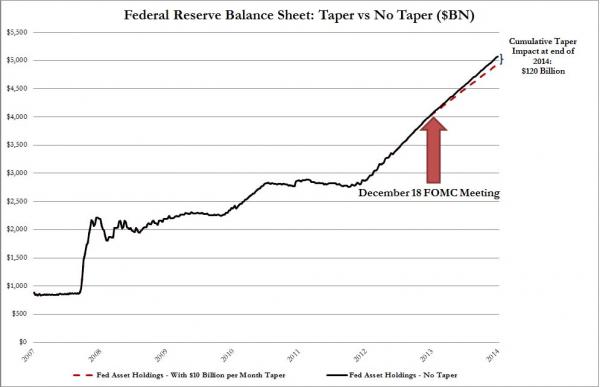 As the year is ending we thank you all for your continuous support . Holiday greetings to all our devoted readers and friends.