WEEKLY MARKET REVIEW AS OF MAY 24

The Force Be with You

The focus of global growth concerns this week appears to be a preliminary May reading on one of China’s manufacturing PMIs, which unexpectedly fell 0.8 point on the month to 49.6—a reading that at face value suggests factory activity may have begun contracting. More generally, this print adds to other activity data from China recently that suggest the economy may be continuing to slow, and not in fact reaccelerating as has been broadly expected for 2013.

Importantly, growth reacceleration in emerging markets and China specifically (which is after all nearly one-third of emerging market GDP) is central to most forecasts for better global growth this year as advanced economies continue to underperform. Thus, if it turns out to be the case that China is indeed still slowing, already sub-par global growth may be poised for a third straight year of slowing. Pushing global growth improvement out another year would make near term earnings prospects a bit squishier.

Against this backdrop, some investors saw signs that monetary policy is poised to tighten sooner than anticipated. We frankly find this view harder to understand. Over the last month, many central banks have actually been cutting rates and just this week the BoJ reaffirmed its program of aggressive quantitative easing (QE). Admittedly, the focus of concern this week was the prospect for Fed policy and the bond buying program in particular.

But while we admit that the Fed’s minutes sent frustratingly muddled signals, Chairman Bernanke’s testimony before the Joint Economic Committee was quite dovish. Indeed, he highlighted the still very weak condition of the labor market as well as the substantial risks of tightening policy prematurely. And while the messaging from the question and answer portion of the hearing was garbled, this was largely to do with the questions from members of Congress with clear agendas opposing QE.

To be sure, the Fed will likely begin tapering bond purchases at some point over the next 12 months. However, before making this move, the Fed needs to see clear evidence that the economy has far more momentum than is being signaled by the data currently. And in any case, even after the tapering begins, the Fed has signaled quite clearly that the funds rate will be left near zero for a long time to come. 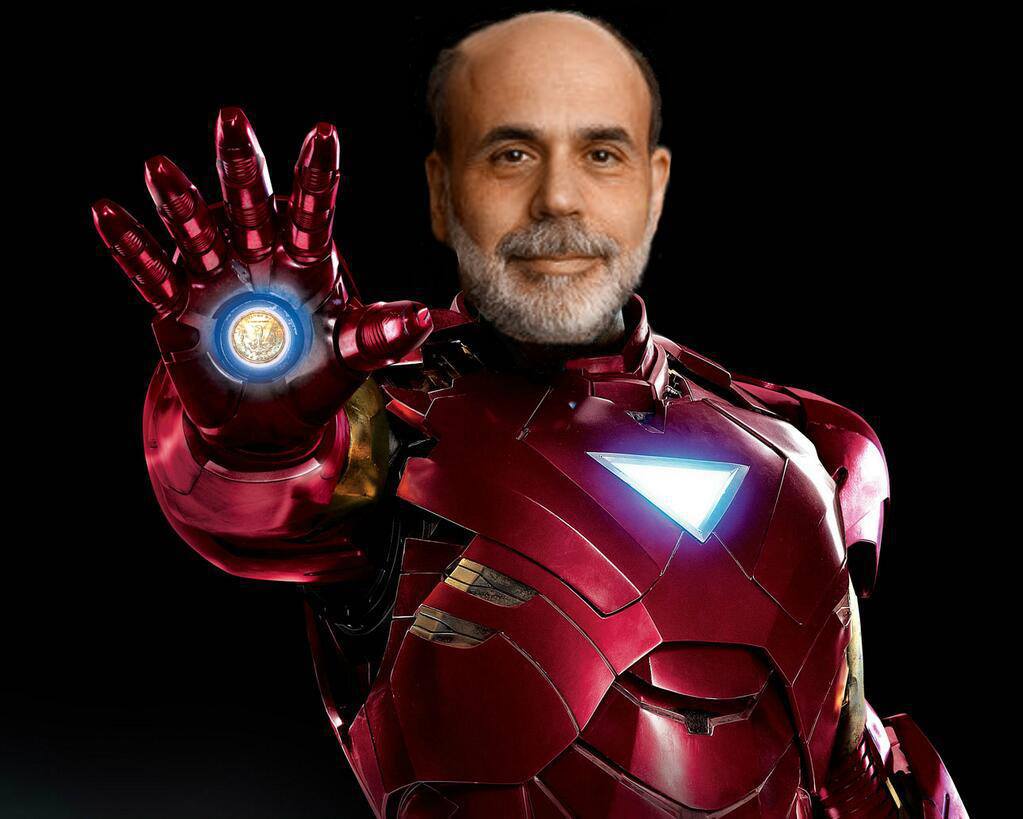 Equities: Equities held up over the first couple of trading sessions but moved sharply lower on Wednesday and Thursday. Indeed, the Nikkei dropped 7.3% in Thursday alone before getting a grip on itself on Friday.

Bonds: G7 government bond yields were higher, with the US 10-year yield hitting 2.00% and Italy topping 4.00%. Japan spiked close to 1.00% before settling back around 0.80%. To reduce significantly the risk of a sharp rise in Japan’s long-term rates the Bank of Japan should clearly state it won’t let inflation rise above 2% per year.

Commodities: Western investors no longer see a need to hold gold and as a result bearishness in the sector is at record levels. Earlier this week for example, gold short positions on the Comex reached an all-time high. Global growth concerns sent oil sharply lower, while gold caught a safe haven bid. The gold price fell $10 per ounce after reaching almost $1400 for the 5th time this week in London trade Friday morning. 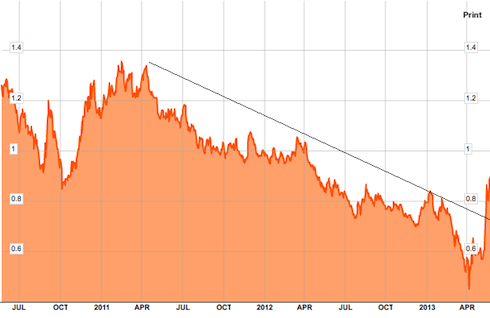 There is a floor emerging around $1360,although that bearish speculators wanting to profit from a fall in the gold price may be inclined to wait for a rally to this week’s high of $1414 before adding to their record holdings of short futures contracts.

Unless the gold price gets above Wednesday’s high the risk is for rejection and to resume the broader bear trend. But while the trend is still bearishthe metal is trying to develop a base.

Given the 20% drop from 2011′s highs, the gold price could take multiple weeks to consolidate and determine a direction.