Weekly Market Review as of August 19 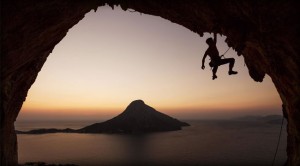 The investment media seems obsessed with the question of whether the Fed will taper. The real question should be not about “tapering” but about credibility. What happens when fundamentals become the narrative as opposed to what the central bank is doing? What happens if the Federal Reserve throws a liquidity party and nobody comes? – See Central Banks Credibility below –

After initially fomenting market volatility following June’s muddled guidance on tapering, the Fed has been trying hard to reassure markets that policy tightening isn’t likely anytime soon. And the calming message did seem to rein in the rise in rates and bolster risk appetites. However, investors appear to be getting antsy again as the next Jackson’s Hole Fed meeting  and its FOMC on September 18 and with it the possible start to tapering.

Obviously, there are numerous reasons why (no matter what the economic situation is) the Fed will need to Taper (deficits, technical fragilities, and sentiment). Furthermore, it seems the world is more than happy to give the central bankers the benefit of the doubt that not only is Tapering not tightening but that Tapering is a ‘positive’ as it means all is rosy in the world 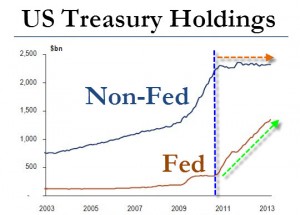 The other part of the general narrative that is at risk after this month is the European reflation story.  It is not so much that the European recovery will reverse, but rather that other issues will become more salient, especially after the German elections.  These include progress on the banking union, which requires a more rigorous examination by the ECB, Greece’s apparent funding gap, the fragility of the Italian government as it turns to the 2014 budget.

The stabilization of the Chinese economy theme is intact.  Last week’s news that China’s power output last month was at a one-year high (8.1%) helped reinforce that view and the flash HSBC manufacturing PMI is also expected to show improvement.  The Chinese government appears to have taken some modest and targeted fiscal measures to help support the economy.  In addition, expanding “free trade zones” to other cities, including Shanghai, is also expected to help buoy the economy.

Perhaps, the global reflation story, and the perceived less need for the security of Germany and the US, amid signs that the Japanese recovery story is waning, is driving the reallocation of capital, with the periphery of Europe clearly favored.  If this is the case, it is notable that the emerging markets do not appear to be being helped by the global reflation theme.

US Rates Continue To Push Higher In Anticipation Of Tapering 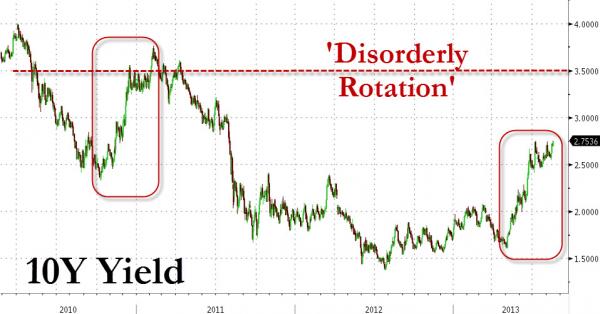 It seems the 10Y yield smashing to new 2Y highs along with some mixed economic data is enough to set investors rotating out of stocks and bonds and into cash (as the USD surges). The S&P is at one-month lows.  After 6 Hindenburgs in 8 days it it is perhaps no surprise. 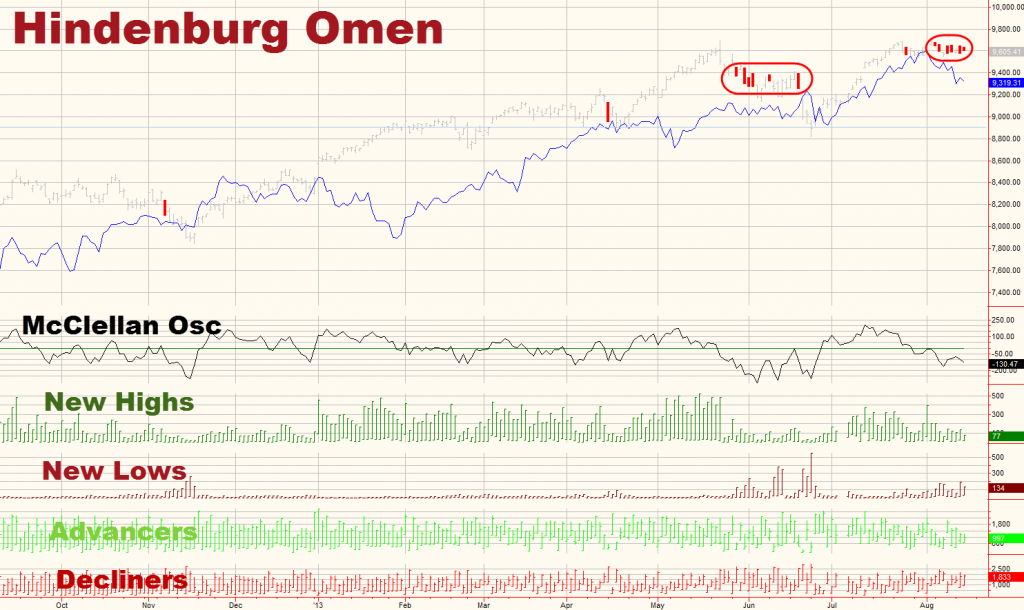 The main purpose of the stock market is to make fools of as many men as possible.

Equities:  Mr Market is not your friend ! 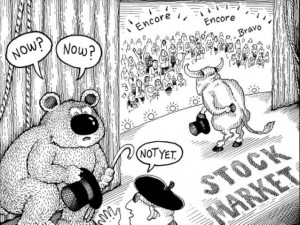 The past week was another mixed bag for eight focus indexes but with a somewhat more positive skew compared to the week before. Five of the eight posted gains.The Hang Seng was the top performer with a 3.36% rally followed by France. A positive GDP surprise boosted Germany, France with CAC 40, up 1.16% and at its 2013 high, and Italy.’s The US and UK were pressured by higher rates, with the worst performance being the S&P 500’s 2.10% selloff, its second consecutive weekly decline. and still dominated by the astonishing volatility of the Nikkei. Here is a closer look at the indexes performances since 2000,

See the excellent analysis by John Maudlin Signs of a Top by visiting www.mauldineconomics.com

Bonds: G7 government bonds were mostly offered on worries over Fed tapering. Improving conditions in the eurozone narrowed spreads in the periphery versus Germany. For Italy and Spain, spreads are now the lowest in 2 years. What happened next was certainly not what the Fed and Treasury desired: the 10 Year moved wider to fresh 2 year highs.

And if the following just released forecast of where the 10 Year is going, from Bank of America’s chief technical strategist MacNeill Curry is accurate, the bond bottom nowhere near. After 5 weeks of range trading, US Treasury yields have resumed their bear trend. US 10yr yields target 2.951%/3.045% before greater signs of top emerge. Bulls need a break of 2.730% to invalidate the bearish potential. 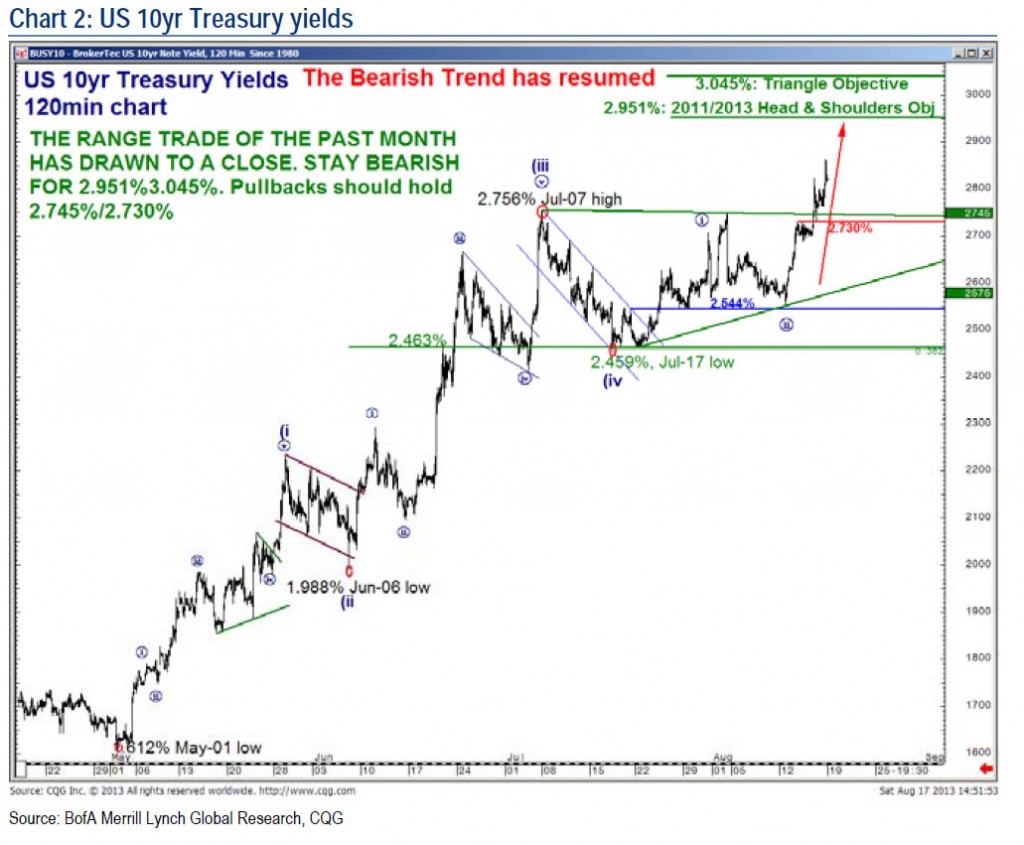 Currencies: The U.S. dollar was up against most currencies (consistent with rising higher interest rates); the Yen fell roughly 1.5% against the dollar; the Euro was marginally down. The British pound was notably strong as rising house prices, growing retail sales and stronger labor market data suggested that the UK economy is expanding.

Commodities:  Besides the strong recovery in Gold and Silver, Oil (Brent) jumped to its highest since March, as deteriorating conditions in Egypt perhaps heighten broader. As Citi’s FX Technicals group warn, that’s “2 down and 1 to go”… A push above the 2011-2012 peaks in Brent crude ($127-128.40) would be the “straw” that breaks the proverbial camel’s back with the elevated likelihood of a negative feedback loop……and knocking the third leg of consumer confidence out. 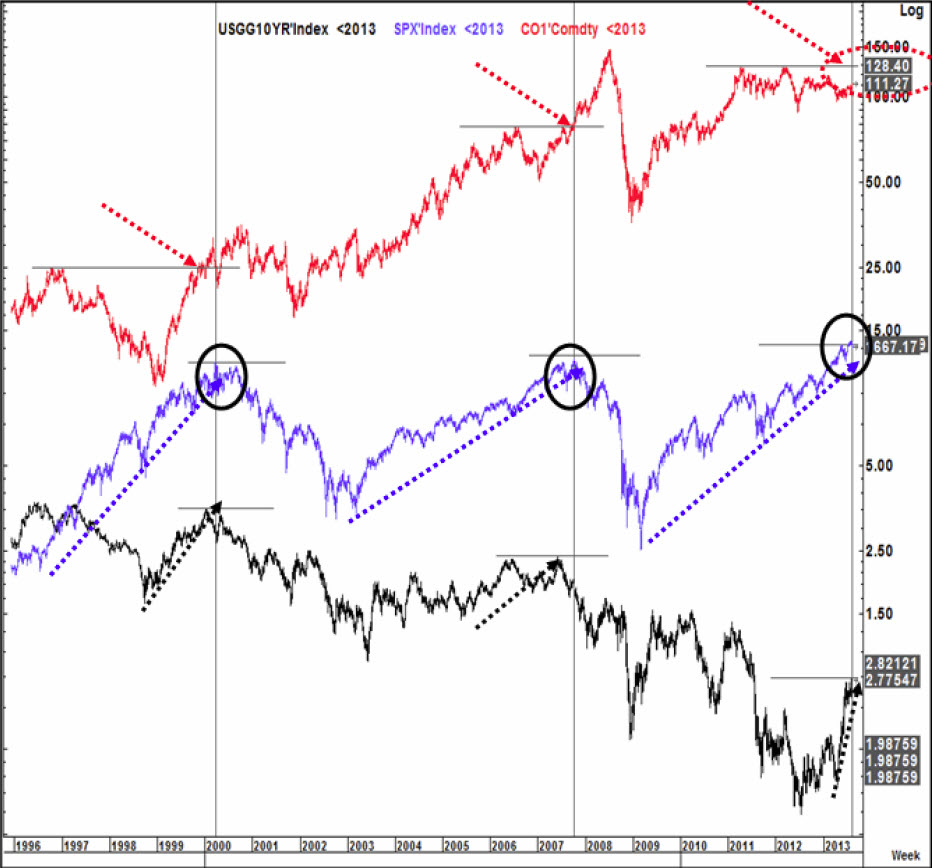 With the interest rate rally which has taken place after the Morgan Stanley Commodity Related Index  bounced off support on the pennant pattern below. The rally in rates has put recent downside pressure on the home builders, as they are down 20% in the past 90 days. “This breakout of the pennant pattern above could well give even more concerns to the Fed and the bond markets that could push interest rates even higher.”

What Do They Smoke ? 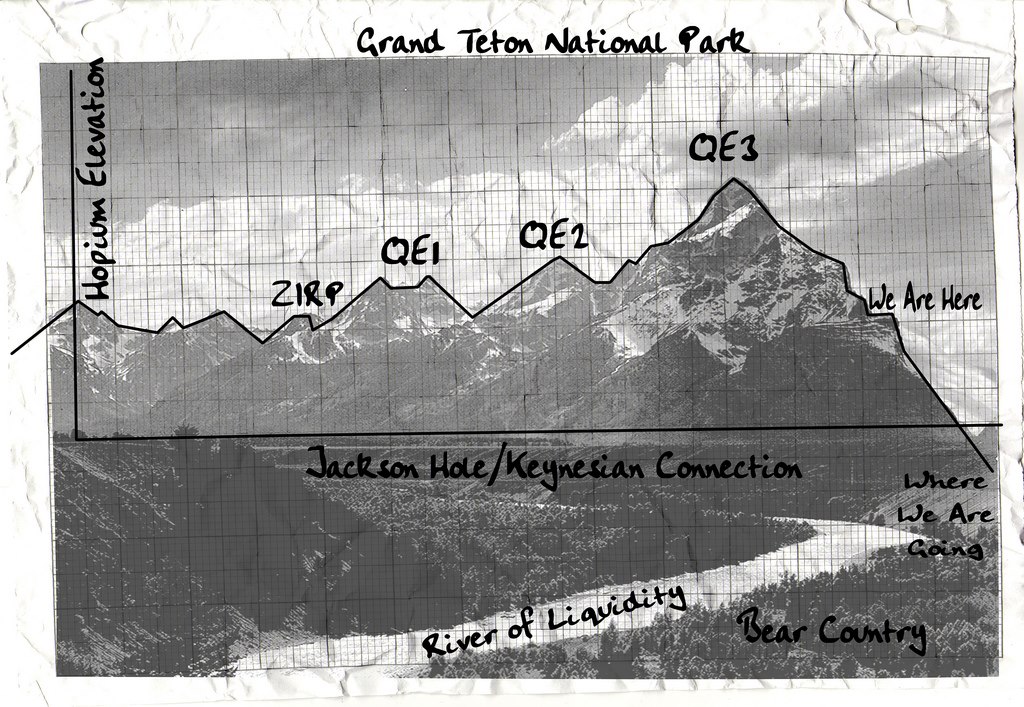 “Each excess was felt to be ‘solved’ by measures that in fact fueled following excesses; each crash was fought by an accommodative monetary policy, sowing the seeds for new bubbles and future crashes.” as Didier Sornette put it, writing about central bank responses to the crises of the past few decades.

How will it all end? Faith in central banks today is equivalent to faith in the word dot-com in 1999 or faith in the eternal rise of housing prices in 2006. With the support of a powerful narrative—that central banks can support asset prices and effectively backstop financial crises (eliminating tail risk)—sentiment is driving the markets higher in the face of cyclically improving but historically weak and unstable fundamentals (plagued by debt deleveraging and aging demographics).

Ultimately, the stability of the system depends on central banks’ credibility, markets’ sentiment, and policy responsiveness to prevent minor drawdowns from becoming full-blown crashes. Mohamed El-Erian has written extensively on the importance of the central bank “brand” and warned of the danger of a broken narrative. Markets tend to overshoot in both directions and will most likely fall even farther than fundamentals warrant when and if central banks lose control of popular sentiment.

It is not only the credibility of sovereign nations burdened with debt that can reach a Bang! moment. The credibility of and faith in central banks is just as fragile. Today we see humorous images of dollar bills with Ben Bernanke’s face on them, with the words “In Ben We Trust.” Unfortunately there is truth in that jest. Whether it is Mark Carney at the BOE or Mario Draghi at the ECB or the future chairperson of the Fed, central bankers are in the hot seat when it comes to global stability. The world no longer worries first and foremost about the products corporations make or the services they perform. Rather, it is focused on the amount of easy money the central banks can dish out.

What happens when that amount is no longer enough and market forces turn? With central banks already in a hyper-easing mode, what can they do then, in the face of the next real crisis, to convince the markets that they have things under control? And there are any number of potential trigger points for the next crisis. One that comes to mind is a political shock such as a southern European country’s refusing to submit to further austerity (if Italy or will Spain is forced into early elections, that could do it) or a change in Germany’s tune. What if the ECB actually has to follow through on its commitment to use OMT (outright monetary transactions) to buy unlimited amounts of short-term Italian, Spanish, and/or French bonds. Draghi simply cannot follow through without expanding the ECB’s balance sheet, and it is not crazy to think that the German Constitutional Court could respond by limiting the size of OMT, as it did with EFSF. That kind of blow would mean game over for Draghi’s sentiment-supporting bluff.

If the narrative of the power of central banks changes, then it is a whole new ballgame for investors. Fundamentals will once again rule. What a concept !…

You might want to consider raising a little cash in your portfolio or buying some volatility insurance. Just a thought. 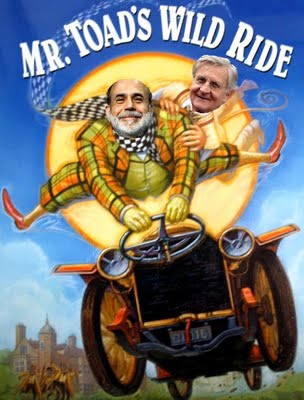