And at the end Paul leaves the conclusion to Stephen Lewis on the “Fad of the Year.”

“The year 2013 will go down in history as the year when ‘forward guidance’ became the latest craze in central bank policy circles. Casual observers might assume that central banks are continually honing the instruments they use to implement their policies, and developing new ones. It might seem reasonable to suppose that this is a story of steady improvement in the effectiveness of central bank actions. That has not been the case, however. No major central bank nowadays aims to control the money supply (however defined), though that is what they all did in the 1980s. At the time, it was hailed as the long-concealed key to success that set modern central bank practice apart from the less than optimal performance of the past. But that view did not prevail for long. Later, ‘inflation targeting’ became the vogue but, following the 2007-09 financial crisis, only the Bank of Japan, among the majors, commits to meeting a specific target for inflation as its overriding policy-objective. Five years ago, ‘forward guidance’, whereby a central bank makes a commitment regarding its policy-settings conditional on a timeline or on specified economic circumstances, was merely an idea tossed around in a few university lecture-rooms…. 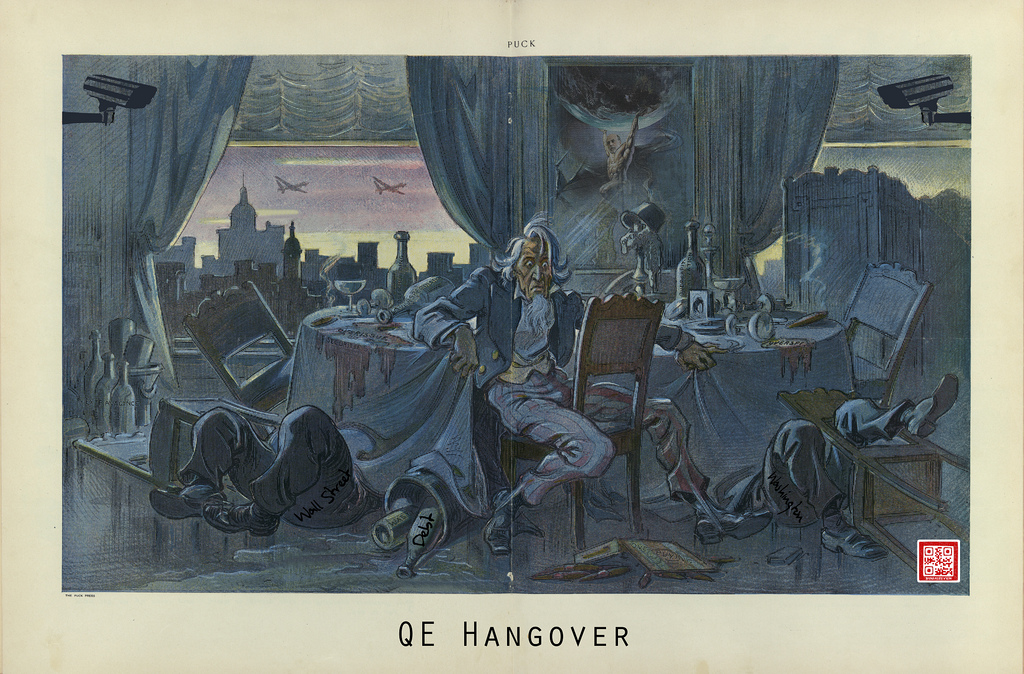 “In his speech in New York earlier this week, Mr Carney argued that central banks had to respond aggressively to counter the risks of the liquidity trap closing. ‘Forward guidance is integral to the response,’ he declared. ‘It reduces uncertainty by providing reassurance that monetary policy will not be tightened prematurely before the recovery is entrenched to sustain higher rates.’ That is the standard defence of ‘forward guidance’. Even so, not all central bankers are impressed by the efficacy of this fashionable technique of monetary management. In a speech yesterday, Dr Weale of the BoE’s MPC made what is a valid point. He declared, ‘I find it inconceivable that, without forward guidance, I or any of my colleagues would already have voted to raise Bank Rate and that the only thing that has stopped us is forward guidance. If forward guidance has done no more than to codify what people had expected the Monetary Policy Committee to do anyway, then its effects on the profile of expected future rates, and thus on output and inflation, should be expected to be small.’ An even more outspoken critic of ‘forward guidance’ is Prof Fischer, often styled the doyen of central bankers partly on the grounds of his having been Mr Bernanke’s Ph.D thesis advisor. He may well feel that his pupil has gone astray because, in September, he lambasted ‘forward guidance’. He argued that, since the future is unknown, the central bank has no business giving assurances as to its future actions. Doing so is very likely to cause market confusion.

And to illustrate this here is The Boss’ Thunder Road