Tax Efficiency : Catch Me If You Can

The double tax treaty (DTT) between Switzerland and the United Arab Emirates (UAE) has been ratified by the UAE on 22 january 2012 and approved by the Swiss Parliament on 15 June 2012. The DTT covers income taxes and shall apply to withholding taxes on amounts paid or credited on or after 1 January 2012. It also applies to other taxes due with respect to tax years starting 1 January 2013.

The agreement has wide implications and offers great opportunities for both nations – and their residents.

The DTT is patterned on the OECD Model Convention on Income and Capital, although it only covers income taxes. The treaty has provisions allowing for the two countries to exchange information in accordance with OECD standards. There are deviations from the OECD Model which are mainly motivated by the need to avoid persons abusively obtaining benefits from the DTT, while taking advantage of the UAE’s niltax regime.

See HNWIs Residency in the UAE : fact sheet here and the comparison chart for various centers   (use magnifying glass)

For instance, individuals are not considered as residents of the UAE if they only have their domicile in the jurisdiction; they must also have a “substantial presence” in the country. The “substantial-presence-test” is met when the considered person spends most of its time in the UAE and has close ties (family, social and professional) with the UAE. Pensions and other retirement benefits also remain taxable in the state where they arise – generally, in the state of residence of the payer. This differs from the OECD Model under which “pen- sions and other similar remuneration” are taxable only in the State of residence of the beneficiary.

Insofar as the other provisions of the DTT are concerned, the DTT noticeably provides key benefits to those investing in Switzerland from or through the UAE. Under the treaty, there is a reduction of Swiss withholding tax from 35 percent for non- treaty countries to 5 percent for corporate share- holders with a participation of at least 10 percent. All other shareholders have a reduction in tax to 15 percent. The DTT also eliminates Swiss withhold-ing tax on interest from items such as Swiss bonds or certain loans as well as any withholding tax on income from Swiss collective investment schemes.

The agreement therefore allows the UAE to be used in a very tax efficient way for the purpose of holding shares in Swiss companies. Indeed, be- side reduced rates of Swiss withholding tax, any dividends that a UAE stakeholder receives from the Swiss company is not subject to corporate in- come tax in the UAE. In addition, no withholding tax applies in the UAE on dividends paid by UAE companies, regardless of the country of residence of the recipient.

It must, however, be kept in mind that benefits of the DTT are not granted automatically. On the one hand, there are safeguards aimed at tackling abuses in place in the DTT. On the other hand, Switzerland has a battery of anti-abuse rules and practic- es. All those rules may actually deprive a person meeting the formal requirements of the DTT from the benefits of the same.

Example: transfer some activities from Switzerland to UAE

Mr. A is an individual resident in Geneva. He pays income and wealth taxes at rates of 45% and 1% respectively. He owns 100% of a Swiss operating company based in Geneva (SwissCo). SwissCo has an annual profit – before corporate income taxes – of CHF 2’000’000 and is valued at CHF 10’000’000 for wealth tax purposes.

Without benefiting from any special regime, SwissCo pays income tax at a rate of ca. 24%, i.e. CHF 480’000, leaving CHF 1’520’000 available for distribution to Mr. A. The corresponding dividend will then be taxed in the hands of Mr. A (individual income tax).

What if Mr. A transfers some of the activities of SwissCo to the UAE – where no corporate tax is levied?

– Mr. A manages to set up a central purchasing agency in the UAE (“UAECo”);

The situation would be as follows:

The dividends paid to Mr. A will be subject to Swiss individual income tax irrespective of whether they are paid by SwissCo or by UAECo. Assuming Mr. A. has a stake of more than 10% in the company from which he receives dividends (SwissCo and/or UAECo), the same may be eligible for partial exemption. E.g. in Geneva and at the federal level, only 60% of the dividend is subject to Swiss individual income tax, whether the dividend is sourced in Switzerland or in the UAE.

Swiss companies who consider taking tax planning measures must be aware of Switzerland and the UAE’s anti-abuse rules, which may result from international treaties or domestic laws. Some examples of such anti-abuse provisions are briefly discussed below.

Generally, the transfer of taxable profits from Switzerland to UAE through commercial transactions between associated companies is allowed as long as the concerned companies (in the present case, SwissCo and UAECo) transact business together under the same conditions and in the same terms as they would do with unrelated parties (“dealing at arm’s length principle”). Where profit is abusively transferred from Switzerland to a foreign country, Swiss tax authorities may make adjustments.

Another example is the “beneficial ownership test”: in order to benefit from the DTT’s advantages, the recipient of an income sourced in one of the Contracting States must be the “beneficial owner” of the same. This mechanism aims at preventing persons who are not resident in UAE from using a UAE person (e.g. a nominee, an agent, an instrumental company) to receive an income (e.g. dividends) from Switzerland on their behalf and obtain DTT advantages abusively.

A mere instrumental company, the activity of which is limited to the collection of income for a third party and which has no substance in the UAE, will certainly fail the beneficial ownership test. On the other hand, a holding company with enough resources to independently manage its participations could pass the test. Such holding company should notably not be bound by a contractual or legal obligation to automatically pass the payments received to third parties who are not resident in the UAE. 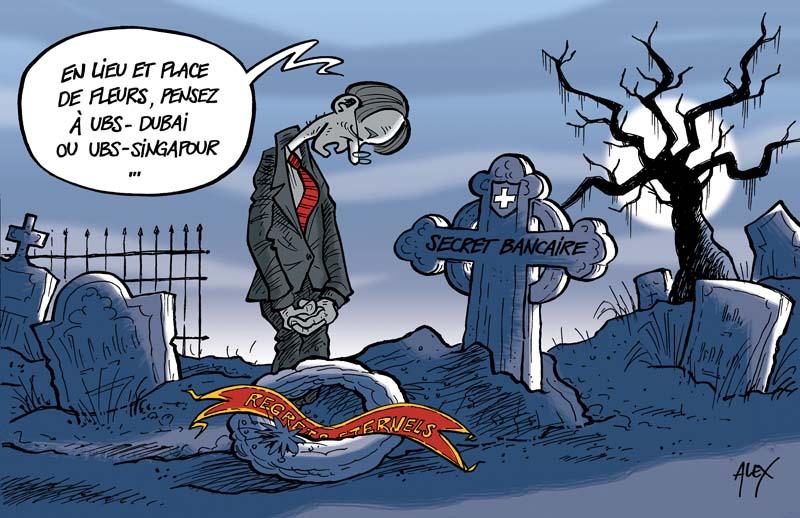