Risk is a four-letter word 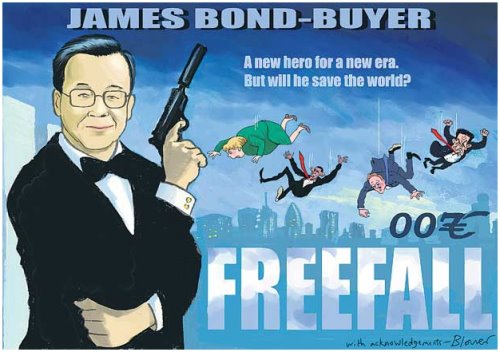 Risk is a funny old thing at the best of times, and even funnier when it is supposed to be correctly priced.

Most of us grew up with the understanding that the correct price for credit – my main area of expertise – was a function of the default probability, adjusted for the expected recovery rate.

Perhaps the simplest and cleanest example of risk pricing is to be found in the credit card industry, where your “bucketing” is of paramount importance. The lower your perceived risk is, the better a risk bucket you get lumped into and the lower your interest rate is. That’s banking 101, but it still isn’t clear to everyone that the net earnings from each bucket are expected to be similar, based on higher spreads being matched to higher defaults. Excess returns are generated when the expected defaults do not occur at the forecast rate.

So far, so good. But then how does one extrapolate that basic rule of lending to the way credit markets have been performing of late?

Perhaps, but only because the first rule of investing now appears to have become: if the worst is about to occur, then the monetary authorities will make sure that it doesn’t.

Let’s face it, Saint Mario Draghi did not only say that he will do “whatever it takes”, the bit of his assertion everyone remembers, but also, and perhaps more importantly, “…and believe me, it will be enough”.

In doing so, he removed huge swathes of what we once called risk – a concept that used to be known as a four-letter word. This raises the question: are risk assets now riskless assets or are they risk assets disguised as riskless?

What goes for bonds appears to go for equities too, even though we did experience something of a wobble in the summer when the US Fed seemed set to taper its bond buying programme. Since then, though, the Fed, in its own inimitable way, appears to have let equity markets believe that it will do nothing that might hurt share prices and hence shareholders. If anything, the velocity of the rally now appears to be increasing rather than decreasing.

Either the Fed is deceiving markets into believing that there is nothing to fear, or it is not making itself clear enough. To be frank, I doubt it is the latter. 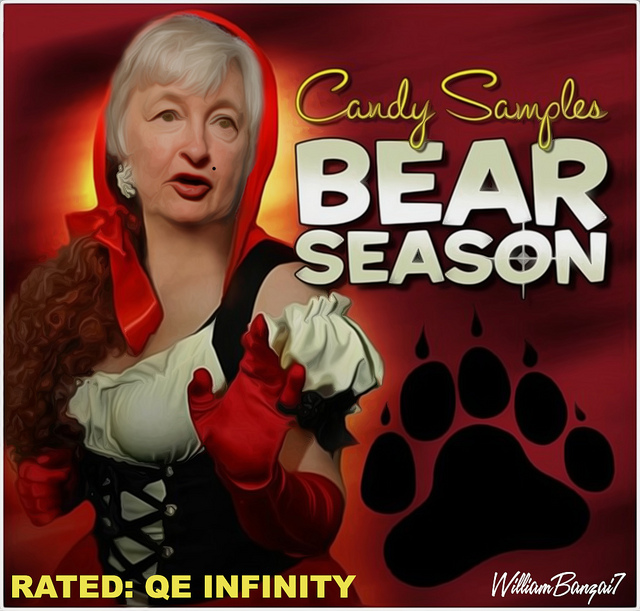 So what has become of risk pricing? Well, one might try to argue that if there is no risk, then there can be no price for it. But that would be perhaps taking it a little bit too far – even for me.

Nevertheless, pricing risk has become so alien that even non-monetary policy-related risks are being disregarded. The little tiff between China and Japan (and by proxy the Americans) over a group of uninhabited islands never even caused a ripple in financial markets. And although it was written that oil prices had fallen in the aftermath of the interim agreement between Iran and the West, if one looks at the charts, WTI was trading well below its 300-day moving average long before the news broke – and the Geneva breakthrough doesn’t appear to have even registered.

Is there no risk or has the way in which authorities prevented the fallout from the credit bubble and the events that led to its formation led a generation of traders and investors to believe that it is a thing of the past?

Either that or there is something lurking out there that we have forgotten how to identify – and hence how to value. 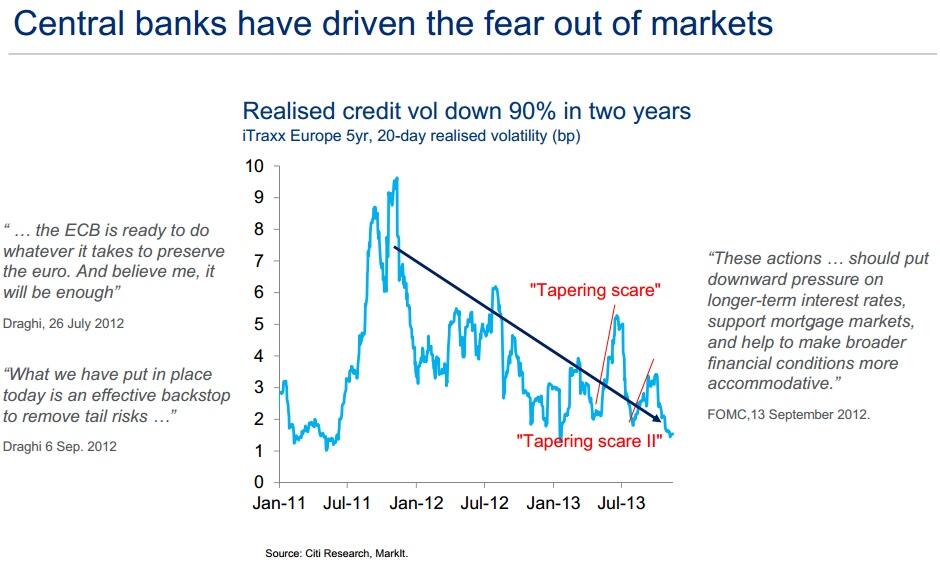