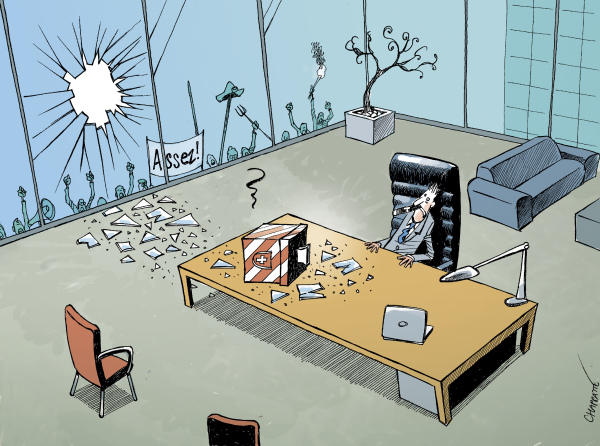 More on our blog

In American capitalism, then worldwide, executives have supplanted shareholders about 50 years ago. A cult book, published in 1966, explained this phenomenon: it was The New Industrial State John Kenneth Galbraith, in which the author forged a neologism, the “technostructure” describing this new form of capitalism. This book has, moreover, not a wrinkle, explained this perfectly takeover managers not so much through new laws simply by changing the balance of power.

Convinced “Marxian” Galbraith took the opportunity to recall that it was always the technology – not ideology – that structured our societies. But today, the Internet has changed everything. Transparency and the power of information has become much more important and binding than before, hence the current paradigm shift that we are living in and that one our captains of industry did not see coming.

Back to the senior managers imbued with their privileges and their impunity, they eventually attract people’s wrath. Organized and united in small groups acquired to their requirements, they were part of a kind of caste who knew first to assert their  interests and justify their importance. As said de Gaulle, summits are uncrowded : so the real competition is held on the lower floors and left on the floor other managers who might as well do the job, but at lower cost.

Moreover, we can not stress strongly enough that these leaders have never endured responsibilities with their own private capital and funds – more less with their own money – the risk of bankruptcy of the company. As such, they will always remain employees, expensive  yes, but employees. Unlike famous businessmen Hayek, here, Bill Gates overseas, which neither the status nor the immense fortune have never been challenged so far!

The blindness of the techno-elite is a reality that it is no longer possible to hide and one that the financial markets have not yet fully assimilated. A new system, which will reconcile more accurate effectiveness and renewed legitimacy, is to reinvent without delay, especially as time is running fast.