2013 Looks Likely To Be Another Sluggish Year For Global Growth

In the end, the structural tensions undermining the western economies remain total, just hidden behind a veil of liquid assets. The immediate challenge for the investors is to expose himself to assets taking advantage of these liquidities, while protecting himself against inevitable return in the foreground of the problems of insolvency.

As we would not accord loans to many governments of the Eurozone, collapsing under the weight of a debt which they ultimately cannot pay off, some exposures to investments in some companies of the Eurozone, by buying their shares or their debt, seems to us justified today. They are valued at historically low levels  and present, for the most part, a credit risk much less than the sovereign debt.

Of course, we remain convinced of the attractiveness of gold !  Not only it is the rampart overall against the systematic risk, but it profits directly from the loose policies of the central banks, as the only “currency” which cannot be printed…

In the medium term, the game of the western central banks, all and simultaneously to drop their currencies, will put a considerable pressure on emerging countries. With the high risk to see a propagation of an exchange rate war. Actually, through this protectionist measure, the western powers try to reposition the centers of production and consumption. They aspire to become again the production centers of the world and to attract in their turn the consumers of these new markets.

PREMIUM RECO : In this reindustrialization theme some would tend to increase the equity exposure and we propose a selection of stocks to nine market themes identified by J.P. Morgan Cazenove 9 market themes for 2013

This potential redistribution of cards raise a reflection for every investor : to favor  an exposure to the Asian currencies or to be interested in companies exposed to emerging countries.

One of the dilemna to be envisaged to take advantage of the re-industrialization which is blooming. 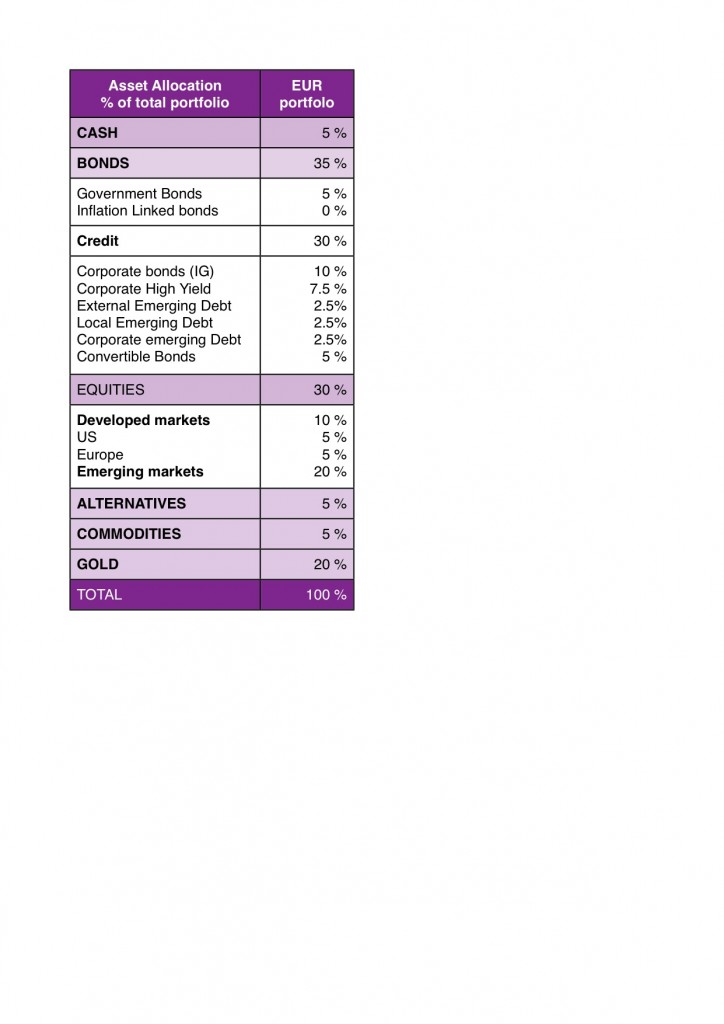