After previous week’s tapering announcement, last week attentions were turned to the greatly-anticipated US CPI inflation numbers, markets looking for another steer on the transient-vs-persistent debate (and what it might portend in terms of rate policy). 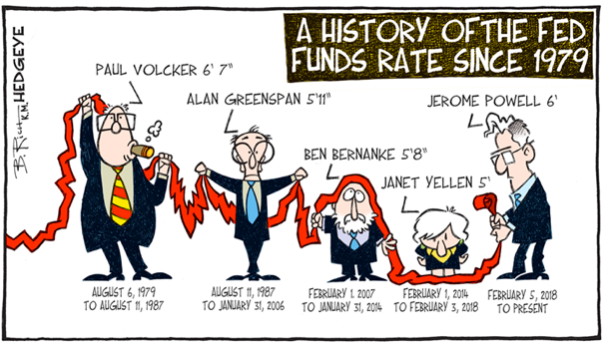 Stocks rallied Friday, led by technology and communication services, but the major averages finished lower for the week on escalating inflation fears. The October consumer price index released Wednesday showed inflation running hotter than at any time in 30 years, but Friday’s report on plunging consumer sentiment prompted hope among traders that the Federal Reserve would delay any interest rate hikes. The major averages ended the week with modest losses of less than 1%, but all remain within striking distance of their all-time highs. U.S. Treasury prices tumbled, driving the benchmark yield on the 10-year note up 13 basis points on the week to 1.58%.

The Dollar Index closed above 95 with the Euro ending the week below 1.15. This week markets will be watching preliminary Q3 growth data out of Europe, as well as US retail sales and industrial production, while on the earnings front the focus also turns to US retail. -see below-

Sunday US Treasury Secretary Janet Yellen predicted that inflation will end once there is a “successful” response to the pandemic when demand patterns and labor supply return to their pre-pandemic norms. Yellen said she is confident that price spikes will subside in the second half of next year as the country slowly recovers from the virus.
She also observed that “the US government is closely monitoring developments in China, where real-estate giant Evergrande is facing as debt crisis that could ripple through the global economy”. “And a slowdown in China, of course, would have global consequences. China’s economy is large, and if China’s economy were to slow down more than expected, it certainly could have consequences for many countries that are linked to China through trade,” she added

We are tempted to agree with Ms Yellen as we do think that the late fears about lasting inflation are overdue.

They are some clues to let us think it will ease in Spring ’22 such as the slowing crude price increase and among them we look at the Baltic Dry index.

We had renewed worries about inflation last Spring  coincidentally with the break of its resistance by the Baltic Dry Index (2200) in April. After peaking last September the index collapsed pointing to a slower worldwide inflation with a possible Chinese slow down and and return of the normal shipping activity.

The BDI is currently down trending to its support, which is just below its April 2021 break. This will likely be a key inflection point for the index.
If the BDI breaks down through this support level and moves back down toward 2,000, that would be an indication that global demand may be starting to return to normal, which would likely lead to prices pulling back. If the BDI continues to pull back, breaking below support we’ll know for sure the initial inflation-based panic from this past quarter has passed.
However, if it bounces back up off this level, that would be a good indication that supply chain is still weak and prices are likely to remain high in the near term.
Last but not least, this should clear the way for the markets to continue moving higher into the next quarter …. Awaiting the traditional Christmas Rally.

Bitcoin has been consolidating in the mid-60,000 range ever since it took out its prior all-time highs from earlier this year. For now, $60k seems to be the support level to watch. If price can stay above $60k near term, the 50-day will continue to catch up and a new leg higher can eventually emerge. That being said, there is plenty of room for Bitcoin to fall and still be trading within the uptrend channel that has formed off the mid-summer lows.