MARKETSCOPE : The Market is Always Right 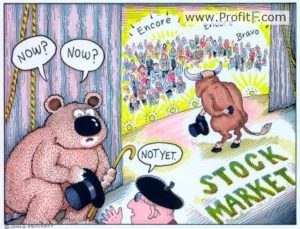 This week has been marked by an upsurge in volatility (the VIX index has risen above 30) in the continuity of uncertainties related to the Omicron variant and the effectiveness – still hoped but not proven – of current vaccines. For his part, Jerome Powell expressed doubts about the idea of temporary inflation and stressed that “the risk of persistent inflation has grown”. This is a turnaround for the market which is under pressure on two fronts (health and monetary). Proven inflation would potentially accelerate the end of the asset purchase program.

Bitcoin flash crashed over the weekend — We tend to think of Bitcoin as a sort of liquidity/speculation barometer, and hence could provide some information for the hotter parts of the stock market (such as tech/Nasdaq). And on first glance at the chart below, I would say it doesn’t bode particularly well for the week. 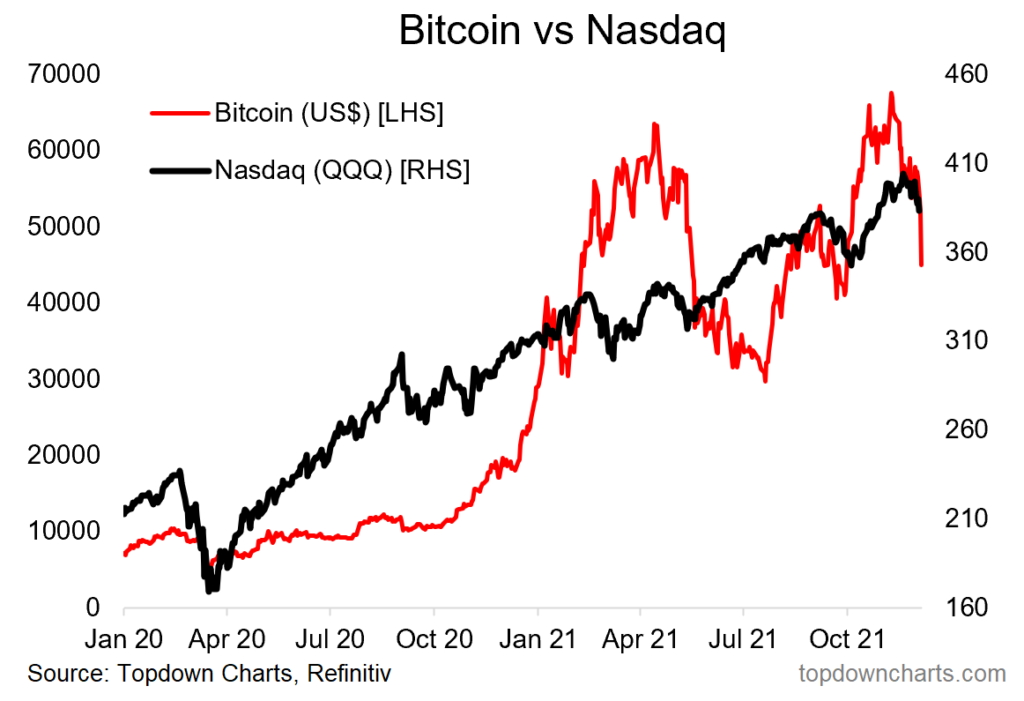 World markets as of November 29

In the short term, selling pressure is starting to peak, and downside risk got reduced given the more extreme oversold conditions. As a result, volatility also spiked into excessive overbought levels, and the market held strong support at the 100-day moving average (second line) on Friday.

From an Elliott wave theory point of view, the S&P500 seems to have finished its initial wave around 4,718 and the consolidation that could be coming should correspond to the corrective wave 2. A test of this level should provide an opportunity to participate in the recovery of the positive momentum up to the upper channel line (4850).
The increase in volatility in the equity markets has not really benefited gold, which is slowly but surely slipping below the USD 1,800 mark. As such, you will have to pay just under USD 1770 to buy an ounce of gold, compared to USD 22.3 for silver

Oil prices recorded a new weekly sequence of decline, weighed down by the appearance of the Omicron variant almost everywhere in the world. OPEC+ confirmed its intention to increase production by 400,000 barrels per day from January 2022, a decision appreciated by Washington, which, it should be remembered, has taken action to curb the rise in prices. The European reference, Brent, is trading at around 72.5 USD while WTI is trading at 69 USD per barrel.

In the end, the dollar did not move much, whereas one could expect a strengthening in a context of rising risk aversion and increased volatility. It is even trading slightly lower than last week at USD 1.2934 per EUR. On the other hand, the Swiss franc logically regained ground against the single currency at CHF 1.03892 per EUR.

On the cryptocurrency side, the Securities and Exchange Commission (SEC) is turning down applications for physical Bitcoin ETFs, while index funds backed by futures contracts were authorized by the financial regulator several weeks ago. Two members of the House of Representatives in the United States have raised this inconsistency and are asking SEC Chairman Gary Gensler to reconsider the filings. In the meantime, the total market capitalization of the market is hovering around $2.5 trillion with bitcoin hovering between $53,000 and $60,000 for the past two weeks.

Eventually, note that December is usually a strong month for US equities, the average picture presenting a broad-based rally across all sectors when investors take the opportunity to make significant returns before the end of the year. However, it is interesting to note that the sector “winners” in December are those which tend to suffer at the beginning of the new year over January

We shall end this week report by quoting Lance Roberts observing that Albert Edwards had an excellent piece out this last week answering a question many have had.

“It is the 20th anniversary of the invention of the BRIC acronym. BRICs, for those who need reminding, was dreamt up by the then Chief Economist at Goldman Sachs, Jim (now Lord) O’Neil, who predicted that the emerging economies of Brazil, Russia, India and China would enjoy superior economic growth and investment returns relative to the developed economies. A few days ago Jim O’Neil marked this anniversary with an update in the Financial Times.”

Coincidently it is also exactly the 10th anniversary of my note that ridiculed ‘BRICs’ as an investment idea entitled ‘BRIC = Bloody Ridiculous Investment Concept’ – A. Edwards

We should not overlook the importance of his commentary. In 1999, the “dot.com” bubble was in full swing, and valuations ran at nearly 42x trailing earnings on a CAPE ratio basis. Today, the top-10 stocks of the S&P 500 comprise almost 30% of the entire market capitalization of the index. With valuations once again approaching the dot.com levels of exuberance.