Market Wrap as of March 24 : The Six Months Time Horizon !

The market is confused by the Fed and lack of solid sector leadership during this period and it shows in the elevated VIX reading. I know these periods are frustrating as they’re frustrating for me too, but we can’t force the market to be something that it’s not. We need resolution to several market “issues” before we can declare a market top or a furthering of this five year old bull market.  Maintaining healthy skepticism makes sense too, though. 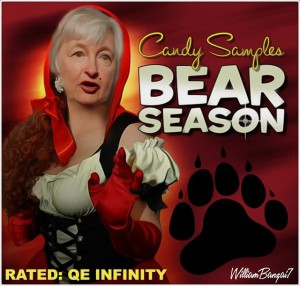 As it has stated previously, the Fed will remain data driven, but will avoid focusing on only a few metrics; rather, it will be more holistic and exercise more judgment.  It will now wait “until the outlook for the labor market has improved substantially in a context of price stability” before it starts lifting the Fed Funds rate.

Janet Yelllen reveals to be an economist whose approach may be different from those of her last three predecessors—Paul Volcker, Alan Greenspan, and Ben Bernanke.

While Volcker famously tamed runaway inflation, Greenspan presided (at least initially) over the Great Moderation, and Bernanke navigated the worst financial crisis and recession since the Great Depression, Yellen must deal with an economy that’s slowly recovering, but leaving a lot of people behind.

As vice chair, Yellen helped shape Bernanke’s policy, and in many ways she’s continuing that. But she’s likely to focus even more intently on unemployment — one half of the Fed’s “dual mandate” — and worry about inflation later.

Even if Yellen’s attempt to define a considerable period was ill-conceived–a mistaken abandonment of strategic ambiguity–and the first rate hike is not around six months after the asset purchases are completed, but for a “considerable period” after that, there is no reason think the 2-year note cannot rise further in the period ahead.

The day before the US employment report, the ECB meets.  This week’s money supply and lending data will help shape expectations.  The pace of LTRO repayments have increased over the past couple of weeks and was almost 19 bln euros for this week alone, which is five times greater than average weekly pay down a month ago.

At the very least, Draghi can be expected to weigh in against the euro’s strength.  Many are skeptical that jawboning alone can work, Draghi has been very successful in combining deeds (rate cuts at his first two meeting and two LTROs) with words (“do whatever is necessary”) and OMT (which has not nor will likely be operationalized). 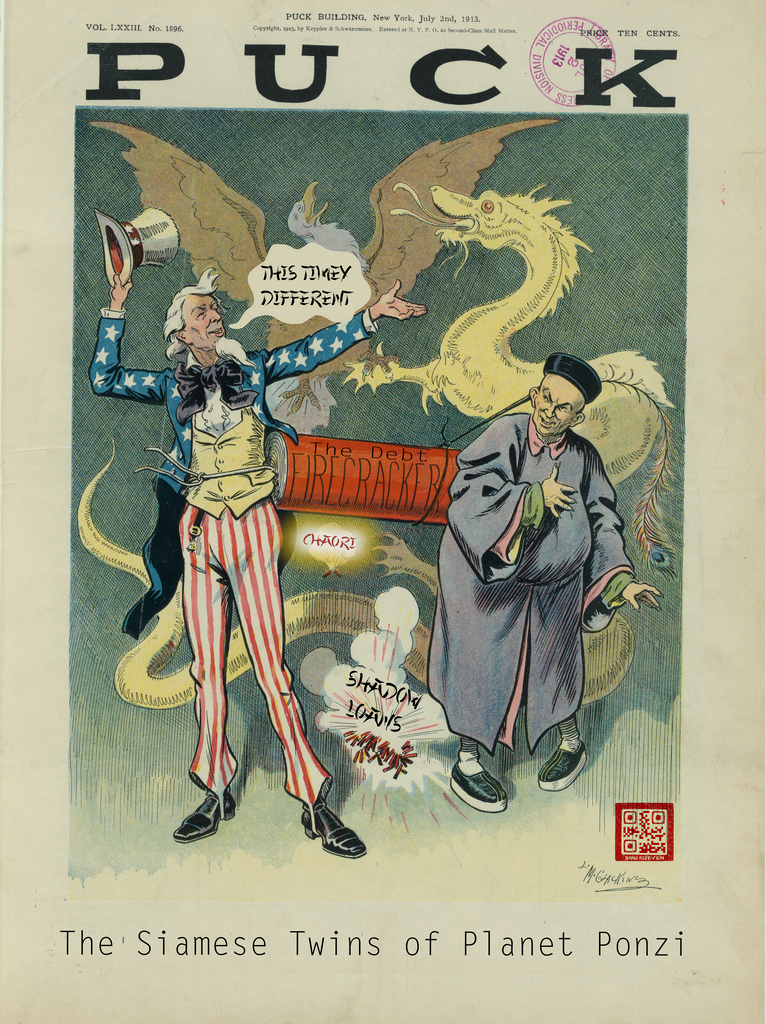 Equities: The MSCI Europe Index returned a market-leading 1.9% as the Ukraine situation appeared to de-escalate.   The U.S. stock market sold off sharply on this news (even though the outcome was widely expected), then rallied the next day.  Some observers think it was computer algorithms that (seeing unexpected hawkishness) triggered the selling; the dip was a buying opportunity.  The S&P 500 Index returned 1.4%.   MSCI Emerging Markets was up 0.9%; The MSCI Japan Index was weak again, returning -1.6% for the week. 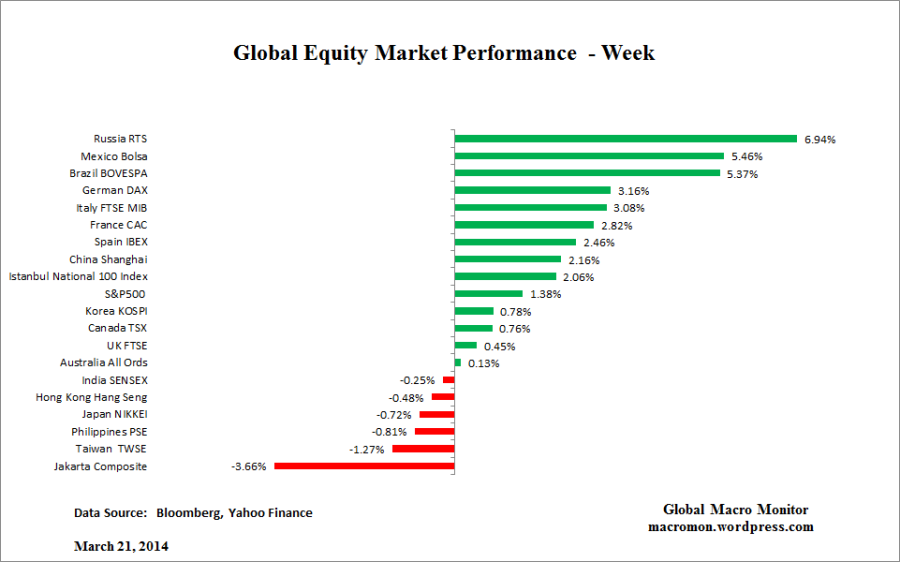 Bonds:  The bond market moved to price in a stronger economy and faster pace of Fed Fund rate hikes. The belly of the Treasury curve shifted dramatically in the aftermath of last week’s Fed meeting. The 10-year Treasury yield rose 10 bps to 2.75%. 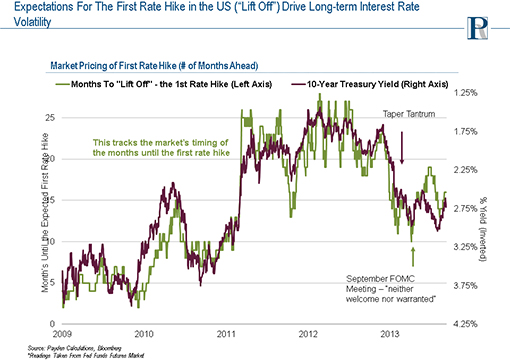 Currencies:  The dollar gained about 1% against the Euro, Yen, and Yuan.  In the case of the Euro and Yen, most of the move followed the Fed-speak (markets had expected a more dovish tone).  The People’s Bank of China (PBoC) continued to drive the Yuan down, widening its daily trading range from 1% to 2% and continued to lower the range’s midpoint. 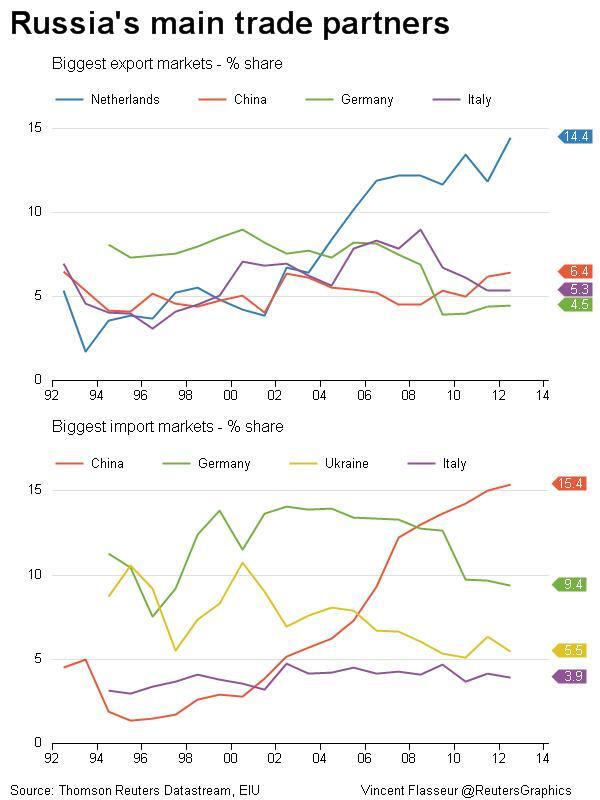 The prospects of higher interest rates (be it six months from now or six months after the Fed concludes its tapering of the monthly bond buying program) is certainly bad news for market bulls. At this point, the broad market is essentially propped up by cheap Fed dollars – allowing blue-chip companies to borrow at extremely low rates and then buy back shares to support stock prices.

Investors realize that if the Fed decides to hike rates too quickly, the market’s bullish action could evaporate quickly. In fact, we’re already seeing weakness in the market as traders adjust their positioning in anticipation of higher interest rates.

Today, we’re once again in a classic “good news is bad news” scenario. You see, when good economic news is reported, traders are very likely to interpret this as “bearish” for the broad market. This is because good economic news (data that indicates the economy is growing) will give the Fed more leeway to raise interest rates.

So if we see news that employment is improving, that manufacturing is picking up, that home sales are on the rise, or that retail sales are picking up – all of those “good” economic points will actually be translated as “dangerous” for U.S. stock markets.

As contrarian investors, we need to realize the danger that is on the horizon, and not get sucked into “Pollyanna” expectations of a growing economy and continued growth in the stock market.

I’m afraid we are in for some challenging market periods ahead. But that does not mean that we need to cower in fear of falling stock prices. Instead, we can protect our wealth against a more turbulent market environment, and we can actually profit from falling stocks. But in order to do this, we need to be willing to embrace a contrarian approach to investing – and not wait for things to get “really bad” before we take heed and change our investment strategies. 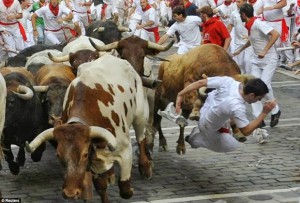 Time to Protect Our Capital

The first thing I want you to take away from Yellen’s “phrase heard round the world” is that now is the time to protect the capital you have so painstakingly saved. Your investment capital belongs to you! Not to Fidelity, or Morgan Stanley, or E*Trade. And by extension you are responsible for protecting this capital and making sure that it is still intact when you need to use it.

A conventional strategy of buying blue-chip stocks and sitting on them will not protect your capital in the weeks and months to come. A conventional strategy of buying growth stocks will also expose you to massive amounts of risk. In short, owning stocks without a plan to exit or hedge your positions is one of the best ways to ensure that a large portion of your net worth will evaporate over the next few months.

Instead of sitting on stocks and waiting, I suggest you protect your capital by taking two key strategic moves:

Then reduce the amount of exposure you have in the market. This may mean selling a portion of your stock holdings, or simply not buying new positions in traditional stocks with capital you are adding to your investment account. Reducing your exposure to the broad market will ensure that a significant portion of your capital is not susceptible to a broad decline in the stock markets.