Market Wrap as of April 14: Markets Hanging in Midair

The Moment of Reckoning …. or not ! 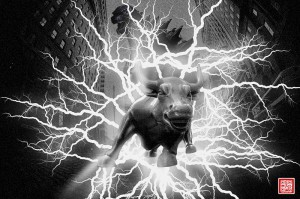 Economic fundamentals have largely evolved in line with expectations this year. Entering 2014, the consensus believed that global growth would accelerate, based on improvement in the advanced economies and stabilization in the emerging markets. Inflation would remain benign around the advanced economies on surplus productive capacity and stable oil prices. And, apart from Fed tapering—for which a timetable was already established—none of the major central banks would tighten monetary policy.

Admittedly, there were downside risks, primarily emanating from the emerging markets. Analysts identified the fragile five counties—Brazil, India, Turkey, Indonesia and South Africa—which were battling a combination of inflation and deficit problems. And, the size and opacity of the Chinese shadow banking system raised concerns about the possibility of another “Lehman moment.” Moreover, there were some unanticipated developments in the first quarter of this year. Geopolitical risks unexpectedly rose when Russia first invaded and subsequently annexed Crimea. And, the US data weakened possibly because of the weather, but potential because of waning momentum.

However, recent data suggest that the global recovery remains on track. There have been no discernible downward revisions to growth projections for either the emerging or advanced economies. Indeed, in the latest World Economic Outlook, the IMF left its projections for emerging market growth unchanged at 5.1% in 2014, and raised those for advanced economies by two ticks to 2.2%. Inflation has not reared its head. Nor has any major central bank become more hawkish, although the failure of the both the Bank of Japan and European Central Bank to ease further in the first quarter caused some disappointment.

But such decoupling should be temporary. Fundamentals do matter. 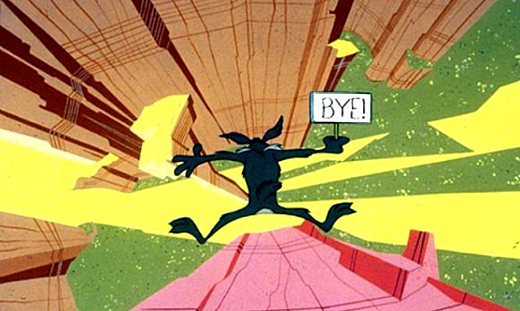 And yet for all that we share those longer-term concerns, we still see nothing to suggest that such a ‘Wile E Coyote’ moment is even close to being reached. Indeed, if credit does follow other risky assets weaker here, we would buy, not sell. The fact remains that in this environment, central bank liquidity remains the major driver of spreads, whatever the fundamentals. While we might be on “borrowed time,” central banks still seem intent on supplying more of it. As we have said many times before, even with full Fed tapering, globally we still see too much money chasing too few assets.

Meanwhile, financial markets have stubbornly refused to follow their carefully written scripts. Proposed over-weights to advanced economy equities have been mixed. Year-to-date the Euro Stoxx is up 2.4%, but the S&P500 is barely changed, and the Nikkei is off 12.2% (local currency terms). Under-weights to sovereign bonds have not worked at all. Ten-year yields on US Treasuries have fallen 33 basis points, German bunds 37 basis points and Japanese JGBs 13 basis points. Nor has a stronger dollar materialized, with the greenback recently falling to a five-month low on a trade-weighted basis.

“Risk-off” in developed markets. “Risk-on” in emerging and frontier.  This past week saw the biggest spread so far this year in the weekly performance of the top and bottom indexes on my watch list. The Shanghai Composite turned in the best gain for the week, up 3.48% while Japan’s Nikkei suffered a dramatic 7.33% selloff. The general skew was downward. Five of the eight indexes posted losses ranging from the -2.00% of the FTSE 100 to the aforementioned Nikkei plunge.  Pessimists are still concerned that the recent sell-off will morph into a 10% correction.

Speaking of fear, the VIX index remains inside of a two-year falling channel, and a breakout has not taken place. A breakout in the fear index took place at (1) in the chart below back in 2007, which was when the market became really weak.

At this time the VIX index remains calm inside of its falling channel and well below line (2). When should people start biting their nails? If the VIX rises above its sideways channel and breaks above (2).

Bonds: Sovereign bonds were generally little changed.  10-year Treasury yields fell back to near their lowest levels of 2014 on a dovish reading of the FOMC minutes and a flight-to-safety (from equities) trade. High yield spreads rose 14 bps to 382 in a “risk-off” market.

Currencies: USD remained weak across the board, falling around 1.0% on a trade-weight basis and against the majors. The dollar declined 1-2% against the Yen and Euro. The Chinese Yuan ended the week roughly flat against the dollar. The market apparently interpreted recent Fed statements as incrementally dovish and Bank of Japan statements as hawkish.

Commodities: While fears of a market meltdown ripple across Wall Street, commodities continue to outperform. Oil prices rose on the week, but continue to trend erratically sideways close the $110 a barrel on Brent where they have hovered since mid-2011. In the commodities world, most folks are focused on the big weather plays that continue to rip higher. Coffee, corn and orange juice are all working well this year.

What about oil? If crude continues to hold $100 and move higher, we see no reason to fear a major market pullback here 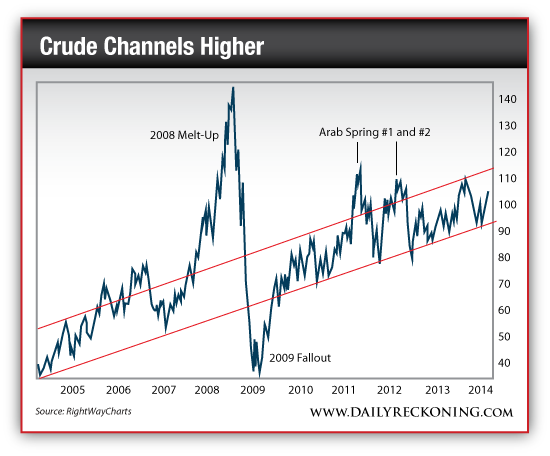 The Great Growth Stock Rout of 2014

Stocks are plummeting and investors are running scared.

Let’s take a closer looks at yesterday’s stock market disaster…  Just know that any stock that was roaring higher in January is getting smashed into the pavement this week. And it doesn’t stop there…

Last Monday we outlined that the markets were probably in the beginning stages of a significant pullback. Now, the midterm election year spring swoon is getting upgraded from a tropical depression to a category five growth stock massacre. Investors kicked the NASDAQ in the teeth yesterday, dropping the tech-heavy index more than 3%. The damage spread throughout the market, of course. Only 16% of all the stocks trading on major US exchanges ended the day in the green.

More importantly, the NASDAQ and Biotech uptrends are dead on arrival…

Have a look at the following tables, showing the valuation of various stocks. The top ones are the bad ones; below are the good ones 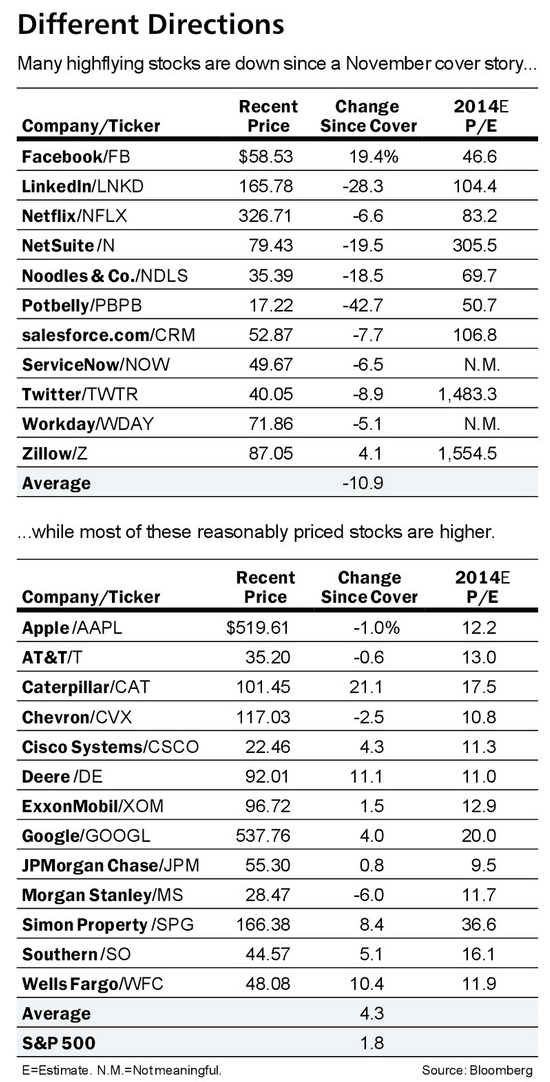 Here’s another argument you’re going to hear over the next few days: The market is just “rebalancing”, they’ll say. The corrections we’re seeing in the big growth stocks, high-flying momentum names and biotechs won’t do as much damage to other areas of the market.

Of course, we’re already seeing the selling spread. While the growth stock rout has captured to the attention of many active traders, a lot of folks who don’t check the financial pages are just now hearing about some of the market weakness we’ve been talking about before.

Right now, it’s important to keep a level head. Today, you should add one more strategy to your trading arsenal: sell the rips. The buy-the-dips market is finished… for now.

The ‘most hated stock rally in history’ just got a little more hated – shorting of U.S. stocks just hit the highest levels we’ve seen since 200,” reports Jonas Elmerraji from the trading trenches. “That either means that huge numbers of bearish investors just correctly predicted a major top in stocks for the first time in history, or that we’ve got a big contrarian buy signal.” 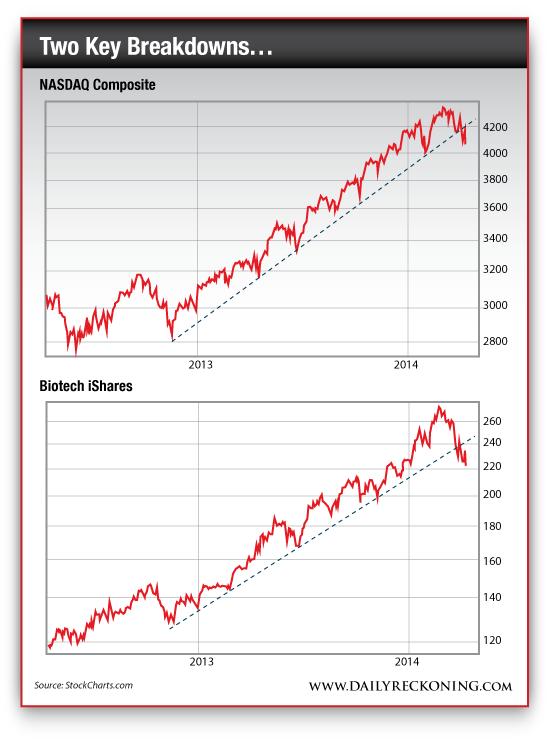 The main purpose of the stock market is to make fools of as many people as possible.

As if the market usually does exactly what a majority of us are thinking it will do. Right now, it’s clear that speculators are beginning to bet on lower prices.

I still think we could easily see lower prices from here. However, I’m not ruling out another mind-bending run to new highs, either. After all, this is what the market has done time and again for more than a year now.

There’s nothing wrong with playing either side of the coin here–short or long. But you have to stay nimble in this environment, or you run the risk of getting burned. 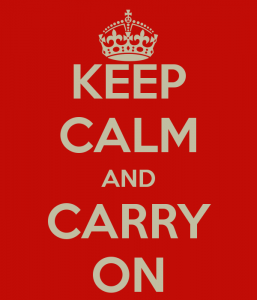