Swiss Banks to Keep Swiss and Not U.S., Laws

The initial reaction of Swiss companies and some banks, with branches inside the U.S. after the UBS story and with FBAT and FATCA, the new U.S. Tax reporting systems coming into place –their initial reaction has been to reject U.S. taxpaying clients from their books, to avoid confrontations in the future. [Contact us for info on how to avoid this] But now with the Swiss Parliament taking such a strong stand, we see Switzerland in a new light.

Why then, when other nations have been complying with the U.S. authorities, have the Swiss taken a strong stand on this? After all, whether it is Singapore or Hong Kong or any other ‘Tax Haven”, if the government of that country see that it is in their commercial interests to comply with the U.S. authorities, there is nothing a company in that Jurisdiction can do to oppose them.

Where Does Switzerland Stand Now?

For more than 350 years, Switzerland has fought outside power’s efforts to get information on who holds banks accounts in their country. The Swiss have resisted all the way through world wars where powerful enemies were on their borders. The protection of secrecy of Swiss bank accounts and assets held there has become one of the backbones of the Swiss economy.

With Swiss Banks growing internationally to such an extent, Swiss bankers thought that they could sway the Swiss government to support them.

The laws in Switzerland that make it punishable by imprisonment to disclose Swiss bank account holders, applies to Swiss Bankers as well. Hence the attempt to pass a law to allow Swiss banks to cooperate with the United States’ IRS. But consistent with history and in protection of account holders in Switzerland, members of the Swiss parliament’s lower house voted 123 to 63 against the bill. The government has said it has no plan B, in the event of the bill failing to pass.

Let’s be clear on this: the Swiss government has said “no” to their own bankers, placing Swiss interests ahead of Swiss banker’s interests.

The bill, which the country’s banks supported, divided institutions into four categories based on the size of their American business and allowed them to hand over some information, though not client names. Parliamentarians criticized it because the terms of the program, such as fines, were determined by the U.S. and hadn’t been made public. 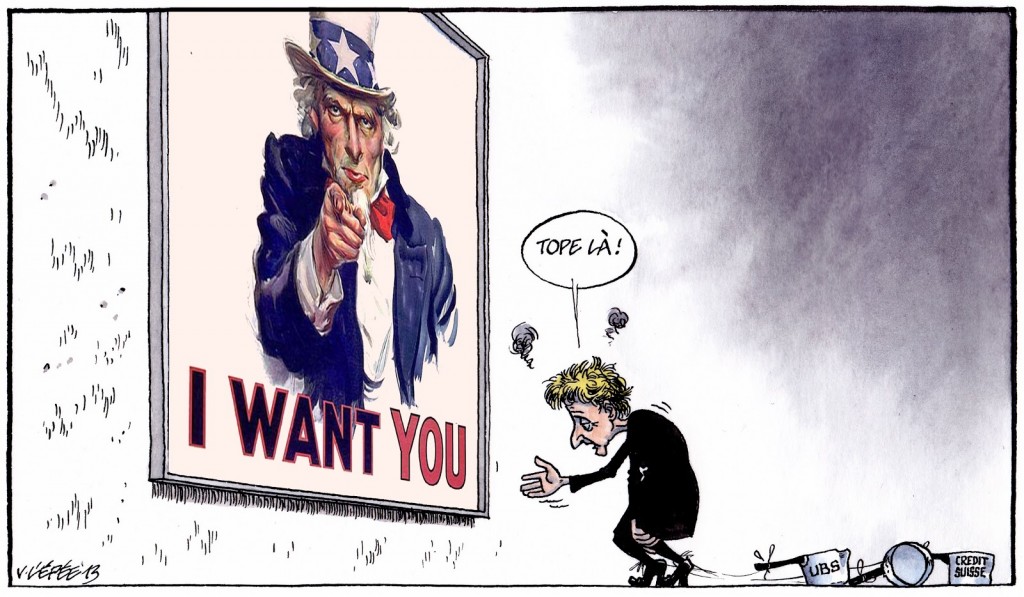 The no vote could lead to a another Swiss bank facing criminal charges in the U.S., which could impact the economy, Swiss Finance Minister, Eveline Widmer-Schlumpf said. Any decree the government could pass instead of a bill would have a smaller scope and not meet all the U.S. requests.

The Swiss Bankers Association regretted parliament’s decision, saying it was hard to gauge the consequences of the step for the banking sector and the economy.

What Does This Say About Switzerland as a Place to Hold Assets,, etc…?

There has been a lot of talk about other places to hold assets including gold –whether it be Singapore, Hong Kong, the U.K. or Canada—but none of these places have a history of protecting foreign-owned assets against nations seeking to either take them or get information about them. If it were deemed even slightly against national interests, we believe those governments or companies (particularly those with branches inside the U.S.) would happily hand over one or both to a nation such as the U.S. Take Canada for instance; it is fused at the hip to U.S. interests and to its economy. Should the U.S. require them to work with them on those they deem acting against U.S. interests, history shows that they will cooperate with the U.S. on information disclosure and asset seizure.

In Switzerland, we see a nation fighting to protect such foreign clients, despite the potential cost to themselves. We cannot see any other country following their footsteps.

In the last World War, Switzerland became the haven for all valuable assets, whether it was from U.S., U.K., French, or even German citizens. It was completely neutral! The same applies today and is encapsulated in law there. We expect the same will apply in any future crisis, even those much bigger than an invasive Taxman.

To us there is no alternative place to retain your gold and silver, plus any other valuable assets if you want to keep them through extreme times.