Feng shui investing in the year of the horse

Recent horse years have been something of a mixed nosebag. In 2002, markets suffered a miserable 12 months as the world realised that the tech bubble had truly popped. The Dow dropped 28 per cent, while the Hang Seng lost 22 per cent. It was also the year Hu Jintao and Wen Jiabao came to power. Not an encouraging record for the bulls.

However, optimists will point to 1954 – the most recent “wood horse” year – during which the Dow recorded its biggest one year gain, and finally recaptured the highs of 1929 . 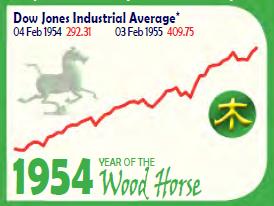 Other horse years, such as 1990 and 1978 saw modest full year gains after markets peaked in the summer. And that seems to be the recipe for 2014, say the runes.

Fortune tellers predict a market peak for the Hang Seng at the end of July, with a dip and a rebound to follow through the rest of the year. Or to simplify: don’t sell in May.

In terms of sectors, it’s simply a case of picking through the elements. It’s a wood year, so wood is good. That means retail, forestry, textiles, fashion, soft commodities, agriculture, and even “old” media.

Gaming stocks sit somewhere in the middle due to their place among the water stocks.

Metal for one, which means banks (investors in China are doing that already), machinery (ditto), insurance, robotics and steel.

Even worse are the earth plays, such as chemicals, construction, property developers, and pharmaceuticals. But – just to confuse matters – earth also includes soft commodities and agriculture, which you may remember from the list of wood-related investments. Never mind.

Now on to the people of the year – who is up, and who is down. The top pick – surely a bullish signal – is Janet Yellen. 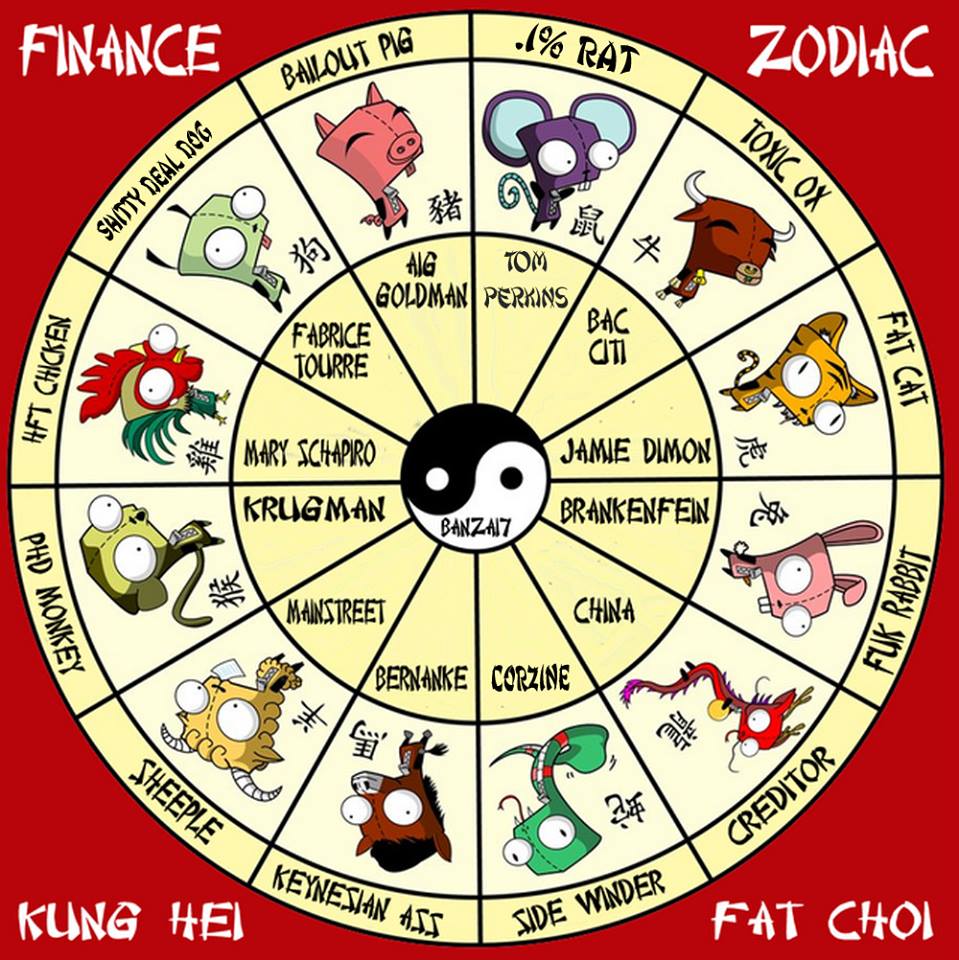 Janet Yellen’s wu xing are mouth-watering. Which is reassuring (in case you were wondering). Wu xing refers to the five elementary energies – a sort of feng shui DNA. The closer they cluster, the better. Yellen’s weightings look pure Goldilocks: a ‘just right’ balance of safe, sensible, sure and steady, with enough off-kilter to keep it real.

Another winner for 2014 is Shinzo Abe, who himself is a wood horse. He faces a tough year – filled with challenges – but ultimately a rewarding one.

The losers? Rio de Janeiro for one – not a huge surprise perhaps considering that stadiums remain unfinished with just a few months left before the World Cup kicks off.

2014 the year of the Horse is a time of fast victories, unexpected adventure, surprising romance, and financial success. Energy is high and production is rewarded. Decisive action, not procrastination, brings success. On a global scale, expect some world economies to become stronger, while others experience economic chaos and collapse. Under Horse’s strong influence, there is no middle ground.

Horse is a highly intuitive animal, so people born in Horse year follow their hunches. Their keen judgment and natural intuition often help them make the right decisions throughout their life. Money wise, you have to act fast in a Horse year. But if you are not 100% secure about a financial decision, then don’t do it. Events move so fast in a Horse year that you don’t want to gallop off in the wrong direction with your financial plans. 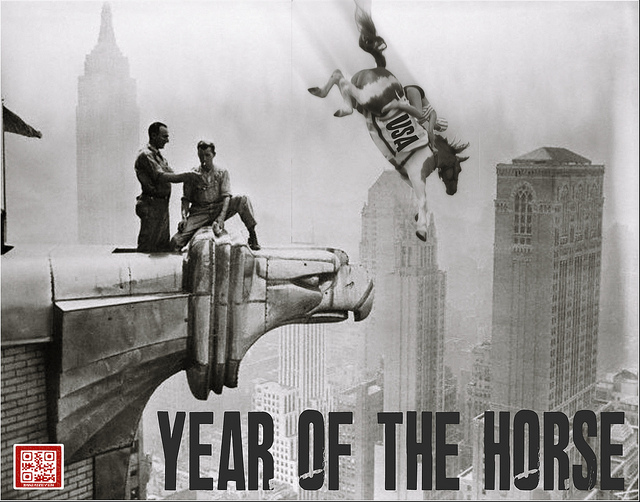 Off to the Races

People born in Horse year will tell you what is on their mind; they are frank and dislikes hidden agendas. So this is the time for money issues to be out in the open. The time for secrecy was last year Snake 2013. Now is the time to know exactly who has what financially and what they plan to do with it.

People born in Horse year have a carefree nature and need ample room for self expression. When constrained by rules, proud Horse will rebel, refusing to be corralled or tamed.

Who should be a player and take risks this year? Horse year is very fortunate for all Horses, and for Horse’s best friends Tiger, Sheep, and Dog. But the impulsive way of doing things in a Horse year is not the best year for everyone. For example the spontaneous energy of Horse year brings challenges to the thoughtful Rat who is Horse’s opposite. And when to act? Only in your lucky months in this dynamic and powerful Horse year.

Instead of big money moves, it might be better in Horse year to build up your resources and maybe experience one big adventure or important travel. Stocks are up so good to hold on to what you have, and not buy when prices are high. Buy low, sell high has more meaning in a Horse year when Horse sense must prevail. You want investments that pay dividends, index funds, and term life insurance. Index funds are favored in Horse year to invest collectively. Movement is closely tracked. Rules of ownership are constant, a good thing in a changeable Horse year. Avoid variable annuities, or any investment with too many fees. Do not rack up big fees in an impulsive Horse year.

In this Horse year, expect extremes in stock markets, fluctuation of prices, and general chaos in all things financial. There will be wars, battles, and skirmishes all over the world that will influence world economies and investments. In this Horse year, there is not much middle ground because Horse is the exact half way point in the 12 animals zodiac cycle that starts with Rat and ends with Pig. The time for middle-ground diplomacy and planning was last year in Water Snake 2013. Wood Horse 2014 will be a wild ride as foreign markets are not secure. 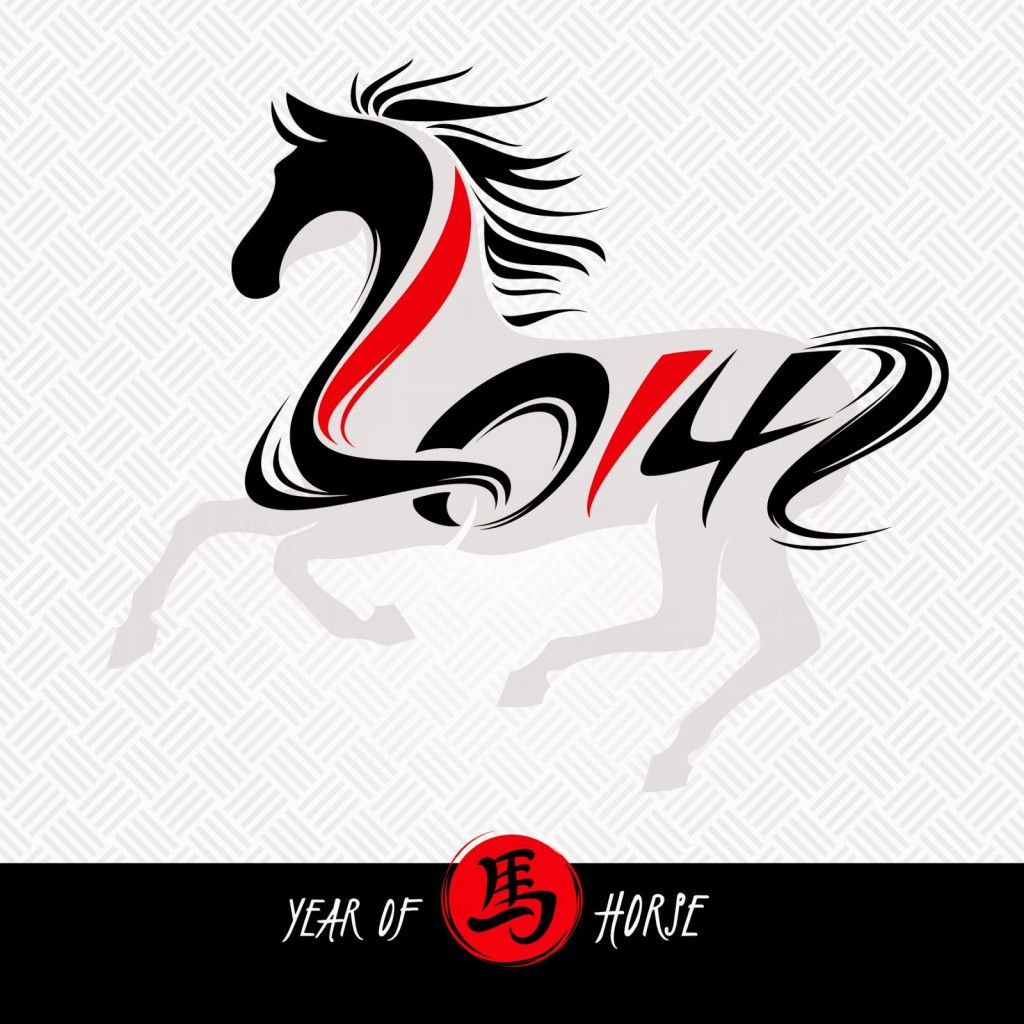