Bail-Ins Are Likely To Take Place

Bail-ins are likely to happen at banks that are close to failure in countries that have adopted the FSB bails-in conventions and or do not have financial resources to bail-out their banks. Thus, deposits in failing banks in G20 nations may be subject to bail-ins.

The total debt to GDP ratios, household, corporate, financial and sovereign debt, in Japan, the UK and the U.S. are all at very high levels. All three countries have banks whose outlook is far from positive.

Many analysts warn that many Wall Street and City of London banks are bigger now than they were prior to the collapse of Lehman.

The Eurozone debt crisis has abated in recent months but many analysts and economists are concerned that it is only a matter of time before the debt crisis returns with Greece, Spain, Portugal, Italy and Ireland all remaining vulnerable. 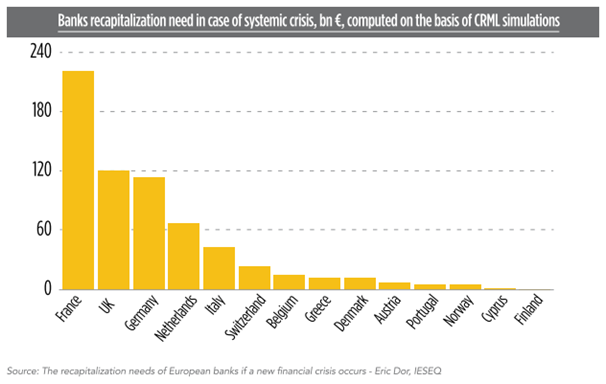 European banks have been recapitalised but should the sovereign debt crisis return or a new global systemic crisis happen, à la Lehman Brothers, individual banks may again face capital shortages. Greece, Cyprus, Spain, Italy, Portugal and Ireland all remain vulnerable. However, other countries in the EU also have risks, including the UK, the Netherlands, Switzerland, Denmark & France.

A recent paper by Eric Dor of the IESEG School of Management in France, warned how most European governments remain very exposed to their banks, especially France.

The paper computes the total recapitalisation needs of the banking sector of each European country in case of a new systemic financial crisis. It looks at ratios that would represent the increase of public debt, in percentage of GDP, that would result from a recapitalisation of the big national banks by each country. 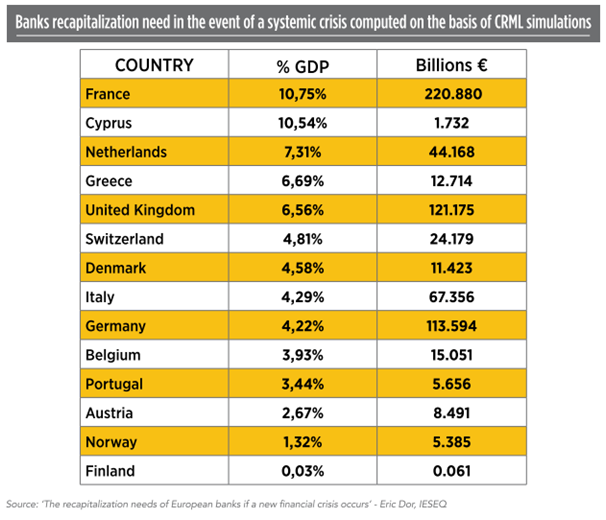 France which would incur the highest cost in percentage of GDP, if the big banks in France had to be recapitalised with public monies. After France, Cyprus, the Netherlands Greece, the United Kingdom and Switzerland are the most vulnerable.

The research highlighted the vulnerability of many large European banks and the capital shortages of these banks in the event of a systemic crisis. Particularly vulnerable banks in each country, according to data compiled by the Center for Risk Management of Lausanne (CRML) and the VLAB of Stern Business School at New York University were (in no particular order): 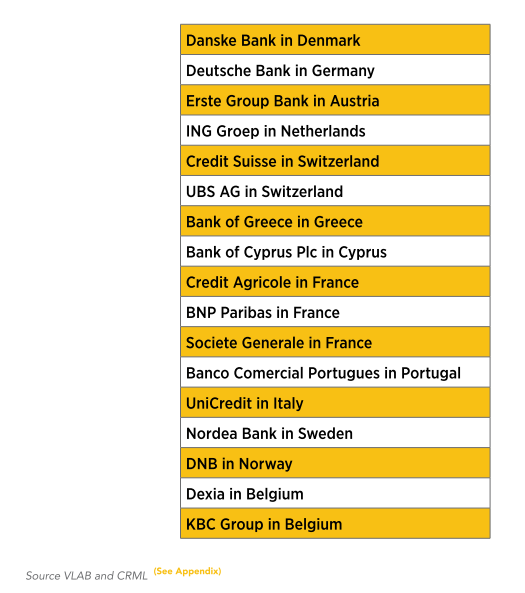 Stor and his colleagues concluded that: “The potential capital shortages of the banking sectors of many European countries in the event of a new systemic crisis are very high.”

When Could Bail-Ins Take Place? 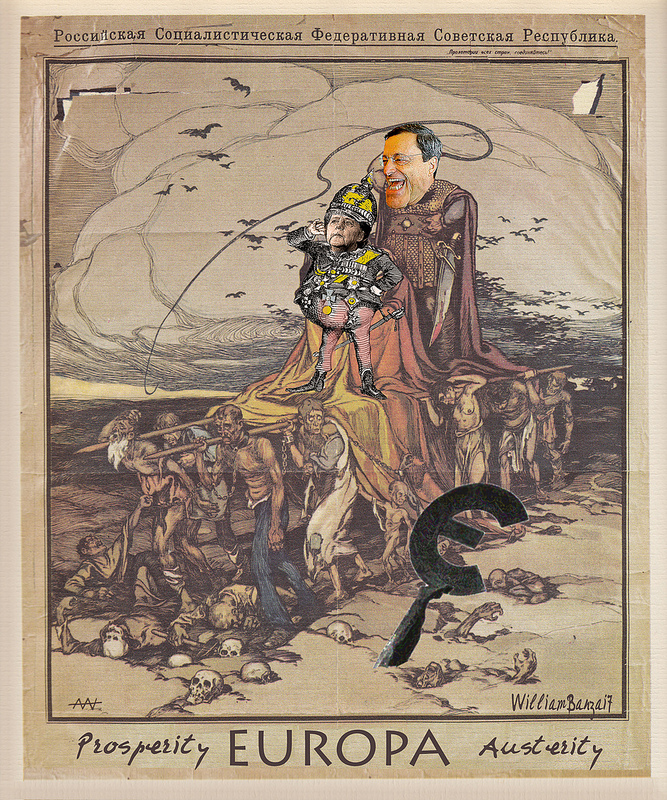 The readiness for the bail-in regime depends on how quickly each participating jurisdiction implements supporting legislation. Given the recent updates (see below) from a number of regulators and central banks, it appears that they are well positioned to have the necessary legal framework in place to support resolution authorities by about 2015, if not before.

The Financial Stability Board released an updated report in November 2012, titled “Recovery and Resolution Planning: Making the Key Attributes Requirements Operational” requesting input from regulators, supervisory authorities and banking institutions, in which it stated that:

“Reforms are now underway in many jurisdictions to align national resolution regimes and institutional frameworks more closely with the Key Attributes”.

In March 2013, the Reserve Bank of New Zealand stated that it had “been working closely with registered banks for the last two years to put (bail-in) functionality in place”, and intended for the pre-positioning requirements to be in place by 30 June 2013.

The FSB has a Standards Implementation Committee which is currently “reviewing progress on legislating the Key Attributes” and was expected to produce a report by the second quarter of 2013.

EU leaders plan to agree on the ‘Single Resolution Mechanism’ by the end of 2013, for adoption by the European Parliament in 2014, and implementation in January 2015.

The UK and U.S. appear to already have the supporting powers and legislation in place for bail-ins, based on powers granted in the UK Banking Act of 2009 and the Dodd Frank Act of 2010, respectively.

The exact timing of any bank rescue involving a bail-in obviously would then depend on the need for the bank to be rescued. Emergency resolutions and legislation would be likely in many countries in the event of another Lehman Brothers collapse and another global credit and financial crisis. 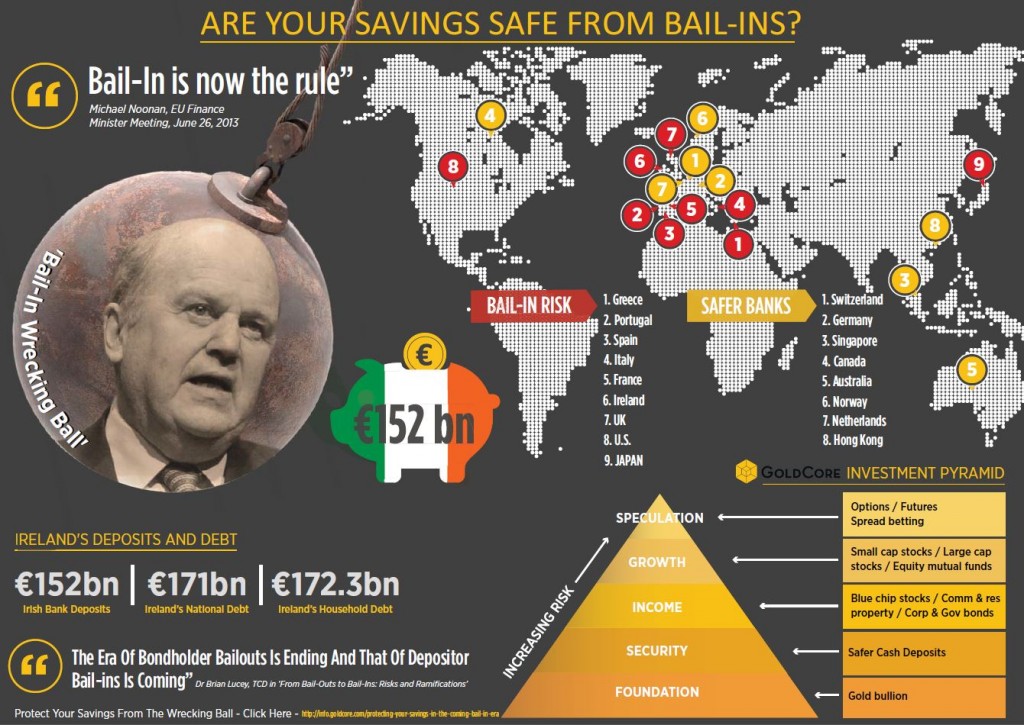