A Second Thought : What Could Go Wrong?

As the markets continue to go up it is natural for people to focus on trying to find that assets with the best current or potential performance—what could go right.

For example, an advisor was just asking what I thought about a client who had to have their treasury bonds. What could go wrong with T- bonds? Interest rates could go up (don’t have to be a genius to predict that they will), the state could have financial problems (take one look at the finances of states), etc. What could go right? The investor could earn about 3%. To me, not a great trade off.

In another example an hedge fund manager asked about what frontier markets (extreme emerging markets) I would recommend. The answer was none. Yes you could get eye popping returns if you invest in Vietnam at the right time but you could also lose your shirt. Not worth it.

In another example, an investor argued  about a tactical manager who had a strategy of moving in and out of high yield bonds when they were in an uptrend. The past performance had been good. However, I mentioned,  if you think about it, the performance was generated during a bull market for high yield bonds, not too hard to do. What happens when high yield bonds are no longer in a bull market? The strategy just sits in cash and earns nothing while all sorts of asset classes around it make money.

So called investment experts are not immune to this by any means. I recently talked with an advisor who had used a tactical manager who lost a lot of money trying to arbitrage different volatility ETFs. Clearly a case of not asking himself what could go wrong with this strategy.

I understand it is more interesting for the media to talk about areas that could generate great returns or yield. It is also tempting to look at the past performance of an investment and assume it will continue. However, in just about any case where an investor or investment professional lost a good deal of money on an investment or a strategy it is because they only focused on potential gains and not what could go wrong.

It was most likely a case of “banging the beehive”. That’s the phrase traders use to describe what happens when a high frequency trader sends out a barrage of orders before right before a key event (like a report), impacting price and forcing everyone in the market to move their positions.

“Banging the Beehive” is a term that traders use to describe what happens when a high frequency trader sends out a barrage of orders before right before a key event (like a report). This impacts price, and forces those who’ve already put their orders out to put out new orders to adjust. All of this creates volatility, which high frequency traders love. The problem is that other traders don’t love it.

“I can calculate the movement of the stars, but not the madness of men.”

There’s been a lot of talk recently about a bubble appearing within equities due to the fact the markets are pushing multiyear highs. I place myself in that cohort. Not because of dogma, but because of a bubbly quality in the air. In fact, there seem to be more people in that cohort than we figured.

For what it’s worth, Paul Hawtin at MarketWatch put together an algorithm that suggests that other people smell a bubble too. It tracked the number of times people on Twitter posted finance-related tweets with the word “bubble.” The numbers are eye-catching from any angle. Since November 2012, the number of tweets related to financial bubbles has spiked more than 17,000%…to just under 30,000 tweets this past month. 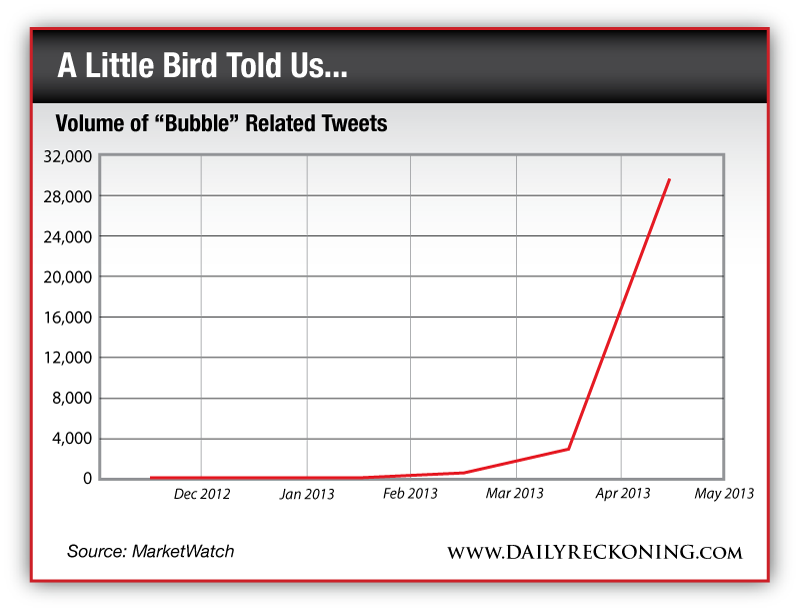 Heh. Maybe there’s a bubble in bubble-related tweets. But truth be told, we can’t really make heads or tails of the data. I don’t have a good answer for that… but the broader point is that bubbles are on people’s mind.

It begs the larger question: Should you chance it? 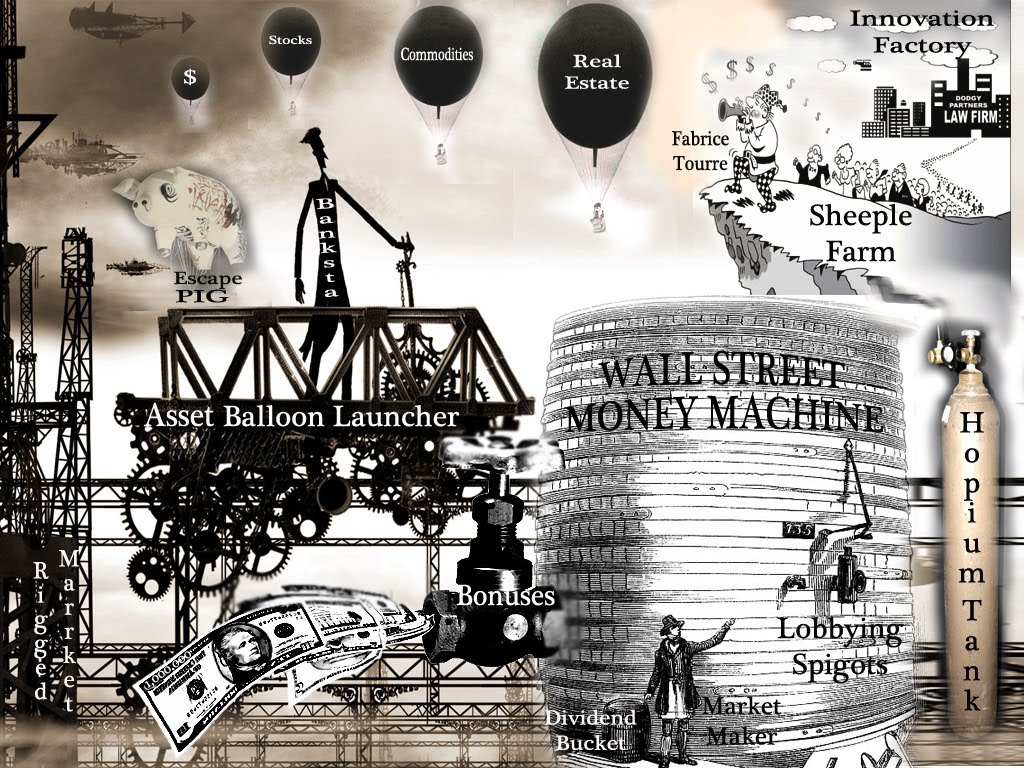